Unassuming looks hide a practical and easy to drive car 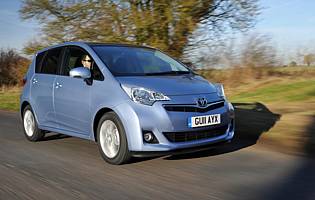 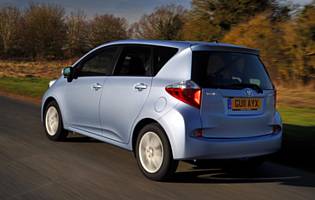 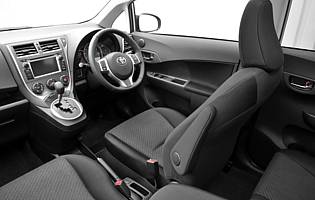 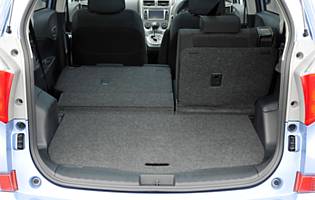 There's little doubt that Toyota knows its customers inside out. Well, it used to but European makers muscled in on the Japanese firm's key markets as it took its eye off the ball. The ultra-compact MPV, or high rise small hatchback, is one such example. This niche has been well and truly filled by Toyota's rivals, although the Verso S is Toyota's alternative.

The secret of the success of the compact MPV is the blend of versatility and size. Cars like Renault's Kangoo and Honda's Jazz are no bigger than a compact family hatchback but boast flexible seating and a larger than average load space. The Verso S joins this sector boasting a similar range of attributes.

Unlike some, the Verso S is quite conventional. The Jazz has its clever folding seats but the little Toyota offers a more straightforward ownership experience. In true conservative Toyota fashion, the Verso S is practical but there are no real surprises. The one exception is the car's multimedia unit which, in standard form, offers the usual audio features. The touchscreen device can be upgraded for a modest sum to a full-blown sat-nav and Internet-connected device plus MP3 and phone functions.

For many prospective owners this won't be a problem. The modern day Toyota knows just how to pitch its cars to customers, and an excessive array of gimmicks isn't on the agenda. What you do get is a spacious cabin, room for five, plenty of head, elbow and legroom plus a flat load bay and easy-folding rear seats.

By modern standards the Verso S is also mechanically conventional. UK buyers have one engine option, a 1.33-litre, 98 horsepower petrol unit. Although reasonably clean and frugal, it falls short of the magic 100g/km CO2 barrier. The optional CVT auto gearbox promises improved convenience on the move, but it's clear that it's best suited to a relaxed driving style.

Our verdict on the Toyota Verso S T-Spirit 1.33 Dual VVT-i

If you're seeking a cutting edge solution to compact family motoring, the Verso S won't tick that box. However, if you're after a conventional, reliable and easy to drive and own alternative, the little Toyota will be a perfect fit. Existing Toyota owners will feel right at home, while those new to the brand will like the car's fuss-free approach to motoring.

Boasting a good level of standard equipment, affordable options and modest running costs, the Verso S isn't going to break the bank. It's not the lowest CO2 emitting small car out there but overall cost of ownership has been design to be modest.

The car's interior configuration provides ample flexibility in what is a compact hatchback. The rear seats fold easily and access to the car's load area is straightforward. Oddment space isn't in short supply, while head and legroom fore and aft is good.

The Verso's clear and consistent main dials are complimented by logical switchgear and a central touchscreen display for the audio functions. It all works well, and the 'infotainment hub' can be upgraded for a small fee to include a fully featured sat-nav. All in all, a much better solution than some rivals' fiddly buttons and small displays.

The Verso's airy cabin makes for a pleasant place to spend some time in. There's enough room for adults in the front or back, ensuring no clashing of elbows and a decent amount of headroom. Road and engine noise is obvious at speed, though. Aurally, the 1.33-litre petrol unit is never far away.

There are no surprises here but rest assured that all the basics are covered. Remote central locking is, as you'd expect, present along with an immobiliser package. Keyless start is also available, negating the need to fumble for your keys.

Toyota has built up a strong reputation on safety, which the Verso S does nothing to undermine. There's no shortage of airbags and the usual electronic stability control is also present along with family-friendly child seat anchor points.

Cars like the Verso S aren't bought for their on-road performance. With its conservative set-up, the little Toyota is built for more for refinement, comfort and ease of use. And in the main it succeeds, although the car's engine can sound a little coarse when pushed and heavily potholed roads can upset its balance. Undemanding drivers will like the CVT auto gearbox, but it performs best when not being hurried.

A young family will judge the Verso S to be a good choice of vehicle. It'll fit neatly onto the drive of any suburban semi or into a supermarket parking bay and can perform school run or shopping duties with equal aplomb thanks to its flexible boot space.

With its ease of use credentials, the Verso S lends itself well to the position of first car. With easy to use controls, a raised driving position and good visibility it's unlikely to put off novice drivers.

The company's build quality is legendary, though close inspection of some of the switchgear and cabin trim may raise one or two questions as there's a lot of hard plastic on show. The point though, is that no matter how such items are finished, they are extremely unlikely ever to drop off or stop working.

With its high roofline and large doors, the Verso S is significantly easier to climb into and out of than the standard compact hatchback. Factor in the functionality of the low loading lip at the rear and this becomes one of the most accessible vehicles in its class.

A single-disc CD player with RDS and six speakers provided as standard. The car's big, centrally located touchscreen is a bonus, and can be upgraded to include a good value sat-nav option along with Bluetooth phone and MP3 player connectivity.

In strong, bold colours, the verso S shape becomes more apparent and the car looks more attractive than the likes of conservative silver. The interior is full of hard to the touch plastics that you won't find in the Verso's European rivals, which is a shame.

When done in conjunction with the car's reversing camera, the pain is taken out of reverse parking. That said, steering assistance is generous and all-round visibility is good.

Citroen C3 Picasso Attractive and refined option; more of a high-rise hatch, though