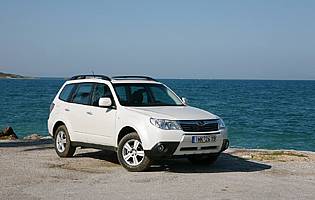 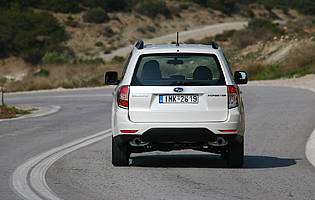 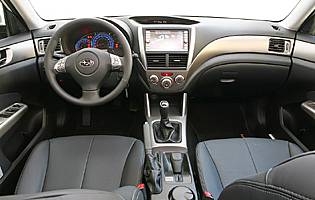 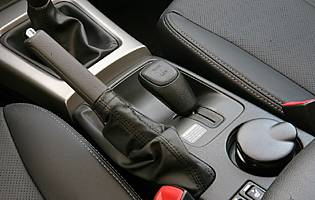 Subaru has always been a manufacturer dedicated to the benefits of four-wheel drive, but far from being a lone voice, it has been joined by almost all of its rivals in offering SUV and 4x4s of varying sizes. Now Subaru has revealed the third generation Forester, which aims to build on the success of previous versions while acknowledging the changing marketplace.

Anyone familiar with the previous generation Forester will find the new version significantly different. Where the old car was like a high-riding estate, the third generation Forester is much closer in stance to rivals such as the Toyota RAV-4 and Honda CR-V. The body itself is much taller, with a higher ride height, and the increased dimensions suggest that the Forester is more firmly aimed at the SUV sector.

Mechanically the Forester is based on the Impreza hatchback, which incorporates four-wheel drive as well as a sophisticated suspension layout. Most crucial is the adoption of a double wishbone layout at the rear, which as well as being compact offers the potential for improved ride and handling. The four-wheel drive system follows on from the previous model, with a variable torque split between the front and rear wheels according to the conditions.

Inside the Forester benefits again from the strides made with the Impreza hatchback, featuring a dashboard layout based on its smaller sibling. The change in body dimensions has also freed up a considerable amount of extra space in the cabin. The Forester is able to accommodate five passengers and luggage in greater comfort than before.

At launch, the Forester has only one engine option; a 2.0-litre petrol seen elsewhere in the Subaru range. However, previous generations of Forester have been spiced up with the addition of turbocharged petrol units in a high performance version, while Subaru's first diesel powerplant debuted in the Legacy and both powerplants are likely to feature in the Forester at some point in its model life.

Our verdict on the Subaru Forester XS 2.0

Subaru has taken a brave decision to move the Forester into direct competition with other SUVs, but it successfully builds on the merits of the previous generation car while adding useful extra space and refinement. The petrol engine may not be the ideal choice, but the diesel version promises to complete an impressive all round package.

Running costs for the Forester are likely to be higher than average in the petrol version, which offers only reasonable economy. Cost-conscious buyers will be best served by selecting the diesel option.

The Forester makes the most of its external dimensions with impressive levels of space for passengers front and rear. The transmission tunnel running through the cabin does restrict foot room for the middle passenger, but otherwise adults have sufficient space in every seat. In practical terms there are a few storage areas dotted throughout the cabin, but not as many as some rivals which aim for MPV levels of practicality.

The layout of the Forester is appealing at first glance with a clean and efficient look and a simple layout. The instruments are illuminated blue and have a high quality appearance, while the main controls are easy to operate and mounted within close reach on the centre console.

The Forester scores well in this area, particularly with its very smooth ride. The independent suspension set-up is clearly tuned to maximise comfort and the Forester rides with remarkable calm and composure. Even very poor roads are absorbed with little fuss. Elsewhere, refinement is decent although there is a little wind noise and the engine noise filters through at higher revs.

All Forester models are fitted with an alarm and immobiliser system as standard, which should deter most thieves. In addition, the double height audio system is unlikely to fit into other vehicles, lessening its theft appeal.

Subaru claim much improved body stiffness for the latest Forester, which delivers better refinement as well as improved crash performance. Additionally, the Forester offers six airbags for the protection of passengers and the low-mounted flat-four engine reduces the risk of injury to pedestrians.

Subaru has a good reputation for producing cars that are entertaining to drive and in many respects the Forester continues that theme. The controls are generally smooth and accurate, but most notable is the car's entertaining handling. Whilst remaining safe and secure with stability control turned on, the chassis does allow a large amount of freedom. Although the suspension is relatively soft it keeps the car under good control. Less appealing is the engine, which needs to be worked relatively hard to make good progress and, despite the flat-four configuration, feels no smoother than a conventional four-cylinder unit.

The Forester is well suited to family life with a good view out from all seats and sufficient boot space to carry pushchairs and car seats. Families will find the Forester more than capable of coping with everyday life.

The Forester is unlikely to appeal to first time drivers due to its above average purchase price and running costs, although it would present no particular challenge despite its four-wheel drive layout.

The Forester's quality is something of a mixed bag. It feels mechanically unburstable and very rugged, seemingly able to cope with all kinds of conditions without breaking sweat. Inside it is less impressive however, and the quality of the materials is not as good as some of its rivals although they are more than adequate. The Forester's image is strong, building on a good reputation for reliability and strength plus the successful exploits of the Impreza in international motorsport.

The increase in body size and height makes gaining access to the Forester more straightforward, with large doors front and rear. The rear doors in particular have been adjusted to open to 75 degrees. The same can be said for the tailgate, which opens to reveal a large aperture. One unusual feature is that the boot floor slopes upwards, which does fractionally reduce the amount of space.

The Forester comes with a good quality audio system as standard, including an MP3-compatible CD player featuring a comprehensive display and radio. Sound quality is also good, with decent reproduction even at higher volumes.

The Forester's cabin is generally brightly decorated, with silvered plastics and the option of a light beige trim rather than the common dark grey. The trim itself is of a reasonable quality, although it is a little less impressive than its key rivals.

For a car of its size, the Forester is simple to park. The high driving position gives good all round visibility and makes it easy to judge where the extremities lie. The electric power steering is also finger-light at low speeds.

Land Rover Freelander 2 Expensive in comparison but classy and able