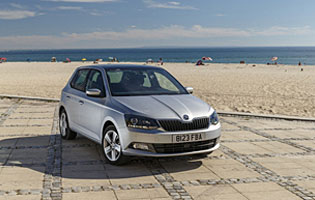 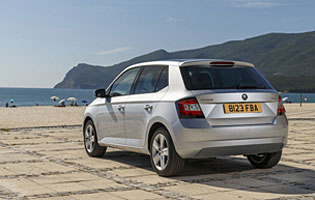 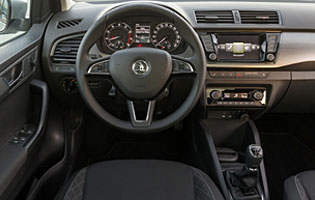 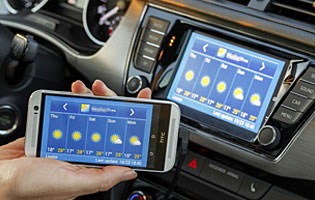 One of Skoda's most important cars is the little Fabia, its entrant in the crucial supermini class. It has been the entry point for the brand since it first appeared in 1999 and its combination of small car thrift alongside quality and reliability has won it many fans. Now the Fabia has reappeared in third generation form.

One of the keys to the success of Skoda in the past two decades has been its ownership by the Volkswagen Group, giving it access to the latest technology, shared components and a wealth of experience of producing good quality vehicles. As with the previous generations, the Fabia shares a good deal with its Volkswagen Polo sister car.

The exterior of the third generation Fabia is all-new, and it moves on in a significant way from the outgoing car. With stronger creases down each flank and the bigger family grille at the front it has a more grown-up appearance and looks more planted on the road. The latest Fabia is a little longer than before but the greatest dimensions change is its width, boosting cabin space. The latest generation Fabia is also as much as 60kg lighter than before.

Inside the latest generation Fabia benefits from an all-new cabin which as well as offering improved space compared to the outgoing car. A key difference with the new model is also the deletion of built-in satellite navigation as an option and instead offering smartphone 'mirroring' to give buyers the facility for guided directions as well as features such as music streaming.

Mechanically the Fabia uses some technology from the previous car but also incorporates the latest architecture shared with the Volkswagen Polo. That results in updated suspension front and rear, as well as the latest generation of engines and gearboxes, giving the Fabia a more sophisticated feel.

There's no denying that the latest Fabia is a step up from the outgoing car, bringing greater refinement and sophistication to the class and putting it even closer to the Polo in this respect. Well-equipped, refined and with a feeling of quality throughout, it is an impressive machine. The only downside is that it is more expensive than before and closer to in-house rivals as a result.

Running costs for the Fabia will be impressively low; all models fall at or below 110g/km of CO2 and both the petrol and diesel engines perform very well in this respect. Insurance costs are also likely to be very low.

The small increase in exterior dimensions has resulted in a similar increase in interior space, contributing to the Fabia being one of the most spacious cars in the class. Those in the front are best catered for with generous head and legroom, while in the rear it's a little tighter for space although adults will fit. The boot is impressive too, with Skoda claiming best in class for boot volume.

The cabin of the Fabia is simplicity itself, with only a handful of buttons and those are clearly labelled. The touchscreen system works well too, and the MirrorLink facility is easy to get to grips with. The only issue with the Fabia's display is the common Skoda fault that the rev counter and speedometer both use two digit numbers to mark each increment, which can make it hard to spot which is which at a glance.

The driving position in the new Fabia is virtually ideal, helped by a reach and rake adjustable steering wheel and height adjustable driver's seat as standard on all models. Noise levels are reduced and the added refinement of the new engines contribute to greater comfort overall. The ride quality has also improved, which all adds up to make the Fabia an impressively comfortable offering.

All Fabia models come with remote central locking as standard which incorporates an engine immobiliser. SE models and above add an alarm with interior monitoring, while top-specification SE L models are fitted with keyless entry and start. The hatchback configuration means that the boot contents are well hidden by the load cover.

The Fabia has received a useful safety boost thanks to its re-engineered platform providing greater strength. In addition all Fabia models have a comprehensive suite of electronic safety systems including ESC and traction control, six airbags and tyre pressure monitoring also.

The Fabia has taken a significant step forward compared to the outgoing car in respect of the driving experience. It rides and steers with greater refinement and poise, and although it is arguably not as fun to drive as the best in class it is at least enjoyable to drive in a spirited fashion. That it does this while at the same time being more fuel efficient across the range is impressive.

Although the Fabia is a small car it makes good use of its available space, and for family duties its five-door configuration will come in very handy. Even older children will have sufficient space in the back while the boot should be big enough to swallow larger buggies.

First-time car buyers would do well to consider the Fabia, as it ticks lots of the important boxes. It's easy and fun to drive, inexpensive to run and takes up little space on the road. Only the lack of a three-door option may put off some buyers.

With a constant push for improved quality it should come as no surprise to find the Fabia is even better finished than before. Although the Volkswagen Polo may be still be a step above, the cabin is impressively built from good quality materials. The Fabia has also played a big part in Skoda's much improved image and its appeal to younger buyers is impressive.

The Fabia comes only with five doors which helps access for front and rear passengers, although it is a little more difficult getting into the rear due to the amount of space in the footwell. Access to the boot is straightforward too, with a wide tailgate giving easy access to the space.

All versions of the Fabia gain the latest touchscreen system with higher specification models also featuring the MirrorLink system which gives owners of Android smartphones the ability to run apps on their phones via the touchscreen. There is also the facility for other smartphone operating systems to be controlled through the screen.

Like most small cars the Fabia wears both bright and more sober hues well, but the sharper edges to the exterior design give it more presence and personality. Inside there are the usual greys and blacks but the strip of lighter coloured plastic across the dash helps to give it a lift and boost the feeling of quality.

The modest increase in size has not diminished the little Fabia's ease of parking. The view out is good all round and the finger-light power steering at low speeds makes it easy to squeeze into small spaces. Parking sensors are not standard but are available as an option.

Volkswagen Polo Smart, classy and sensible, but not cheap

Ford Fiesta Best to drive in the class, decent value