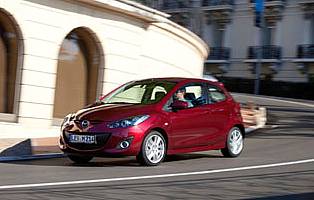 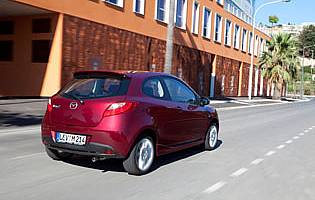 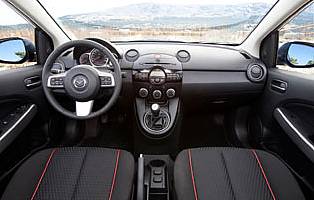 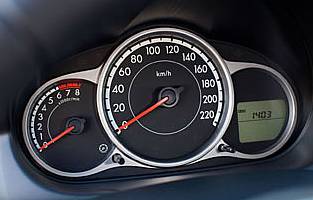 Earning the World Car of the Year title immediately upon its arrival, the Mazda2 made quite a first impression. As a rival to some evergreen established models in the supermini sector it had its work cut out but has quickly become a firm favourite. A revised model aims to carry on that good work.

Launched in late 2007 the Mazda2 was a focussed attempt to increase the Japanese manufacturer's presence in the supermini segment - an increasingly fertile source of car sales in the European market. Among its key features was its reduced weight - it was a full 100kg lighter than its often overlooked predecessor. This aided performance and economy, making the model a more attractive proposition.

Contemporary styling designed with the European market in mind was another of its key features. First offered in five-door form with a three-door version arriving shortly afterwards, both were sharply styled with plenty of Mazda's distinctive design cues on offer. The revised model builds on those key areas of economy and styling.

A revised front end aims to be sportier and more dynamic with a larger lower grille and revised fog-lamp bezels. Inside, the centre console design now features an upmarket Piano Black finish and changes to the instrument cluster. Four trim levels are available in three and five-door form, offering a rising scale of equipment and trim.

Under the skin changes have been made to the suspension to improve the ride quality while maintaining the nimble and agile chassis. Four engine options are available; two versions of a 1.3-litre petrol with differing outputs - both of which slip under the 120g/km CO2 emission barrier. A 1.5-litre petrol unit is now available with a four-speed automatic gearbox for the first time and a 1.6-litre diesel with high economy and low emissions replaces the previous 1.4-litre diesel unit.

Starting with such a solid base meant Mazda didn't need to try too hard to ensure that the latest Mazda2 felt and looked fresh in the flesh and on paper, but the company has focussed on sensible areas to bring the model inline with the rest of the rapidly improving range. Good ride quality, stylish looks and improved economy make the popular model an even better offering in a very competitive sector.

The Mazda2's range of engines has been configured to offer as much economy and taxation as low as possible. Both power outputs of the 1.3-litre petrol unit sneak in under 120g/km. Purchase costs are extremely competitive and running costs ought to pose few surprises, making the Mazda2 range a great choice for drivers seeking something modern and stylish on a budget.

The Mazda2 performs well for such a diminutive model, offering good headroom and a comfortably proportioned cabin for front passenger. Rear passengers also fare relatively well. Naturally, the rear seats are not suited to long journeys for larger frames, but for occasional use they are more than up to the job. Boot space is reasonable and boot access good. The rear seat backs fold to offer more space, although not a flat floor, but unfortunately not in the base specification model.

The instrument binnacle has been revised and now features a distinctive white-on-black design and an attractive overlapping dial layout. A small trip computer is incorporated. The centre console is particularly stylish and easy to use, with a well positioned gear lever aiding ease of use. A traditional control layout will be familiar to most drivers.

Mazda has refined the Mazd2's ride to an impressive degree with the facelifted model - it deals well with rough surfaces and isolates bumps and vibration particularly well. The seats are well shaped, supportive and quite firm. Standard air-conditioning and electric front windows are welcome convenience additions. Driver's seat height adjustment is also a bonus.

Along with the usual remote central locking and visible VIN, the Mazda2 is fitted with Thatcham approved Category One alarm and immobiliser across the range. Deadlocks are also standard. A parcel shelf is present to hide items in the boot from view but secure storage in the cabin is limited to the glovebox.

The car's default specification is reasonable, although side airbags are not present on the base model. Isofix points, front seatbelt pre-tensioners, electronic brake-force distribution and emergency brake assist are included from the ground up. ESP is only present on higher specification models though.

Light on its feet and surprisingly nimble, the Mazda2 has proven a fun and rewarding car to drive. The revised model offers greater steering feel and a pleasantly direct response to input. The 74bhp, 1.3-litre petrol engine is adequately powered for day-to-day use and holds its own in traffic. Large A-pillar bases are a hindrance through tight corners, however.

The five-door version makes more sense as a family vehicle, but three-door could cope as a second family car. The boot would struggle to accept a pushchair, however, and rear seats access would prove a hindrance for those with very small children.

There's little doubt that the Mazda2 would make a great first car. Its compact size and modest performance make it ideal for the novice driver. That it's easy to drive and park, plus economical to run should prove attractive.

With a 'World Car of the Year' award under its belt the Mazda2 has earned a place among the top performers in the competitive super-mini sector. It does not boast the heritage of some rivals but its proven underpinnings and contemporary style make up for it. Material quality is good, if not amidst the best in class, and build quality is impressive throughout.

As a three-door car, this Mazda2 is predictably geared towards front seat occupants. As such, access is not a problem; the doors open wide to reveal a lofty seating position. Access to the rear is not bad for a three-door model, but the seat base location of the release mechanism and operation that means the seat does not return to its original position may prove frustrating if the rear seats are in regular use.

Although the control interface for the audio system is stylish and ergonomically incorporated into the centre console, the actual system itself is underwhelming with just two speakers present in base specification. The unit features a radio, single slot CD player and an Auxiliary jack for connecting portable devices.

Eleven exterior paint options are available in total with two new colours, Aqua Blue Mica and Burgundy Red Mica, making their debut on Mazda's smallest model. 15-inch steel wheels with hubcaps are standard for the base model but. Inside, it benefits from the Piano Black finish for the centre console and silver detailing - successfully breaking up the dark plastics.

Being a small car, the Mazda2 is not difficult to park. The combination of the car's light steering and short wheelbase make manoeuvring into tight spaces straightforward. All-round visibility is good, although the car's beefy rear pillars do take a little getting used to.