Altea XL is a stylish car from any angle 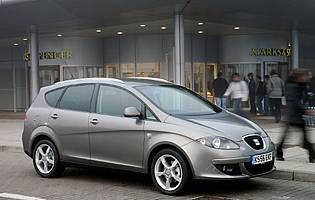 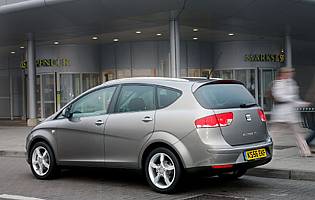 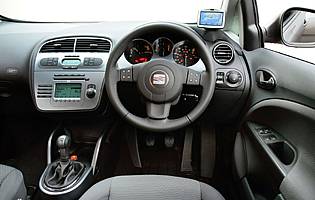 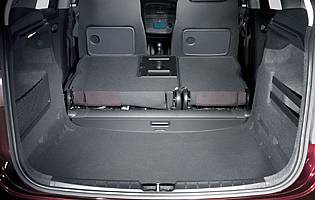 Seat is making a name for itself by offering alternative family cars, which are just as easy to drive and own as conventional hatchbacks, but offer something extra in terms of appearance and practicality. Its Altea range already packs impressive space into a relatively small shape, and the introduction of the XL version creates yet greater load space inside.

Seat has come a long way in recent years, benefiting from the improved technology and refinement that has appeared in all VW Group cars. Whereas the older cars in the Seat range fit easily into conventional templates, more recent introductions such as the Altea and Toledo blur the boundaries between MPVs, estates and hatchbacks.

This has also been achieved through quite radical styling. Most Seat cars look like little else on the road, and the Altea XL is no exception. The strong nose treatment, trademark swage line along the flanks and a truncated tail give it a very strong and dynamic appearance, contrary to the softer shapes that are normally seen in both the hatchback and MPV segments.

This dynamism is repeated inside, with a low set driving position, deep windscreen and high-mounted, steeply angled dashboard. These features combine to create a great feeling of space within the cabin, while also conveying a strong sense of security thanks to the high waistline.

The key differences between the standard Altea and the XL are from the B-pillar backwards. The overall length is increased by 18.7cm, which allows an extra 2cm of movement for the sliding rear seat. Boot space is also increased, from 409 litres to 532 litres with the rear seats upright. This can be increased by sliding or folding the rear seats.

Our verdict on the Seat Altea XL 1.9 TDI

Given the amount of choice in this sector, the Altea XL is refreshingly different. The gains in accommodation over the standard model are worthwhile and fail to spoil the car's good looks. With versatility, value and driving fun amongst its qualities, the Altea XL deserves to be considered alongside more established competitors in the market segment.

With a good price tag to start with, the Altea XL should offer respectable running costs. Insurance groups are reasonable and fuel economy is good for both petrol and diesel engines.

The successful side of the Altea XL's shape is in terms of space, with loads of room for passengers while providing yet more boot space. With the sliding seats allowing greater flexibility, the Altea should satisfy the most demanding of customers.

The stylish instruments are clear and set deep in the dash, while the unusual design puts all the controls close to the driver. The optional sat-nav system is mounted unusually to the driver's right-hand side, which does prevent the passenger from operating it.

Supportive seats offer good comfort levels in the Altea, though elsewhere the emphasis seems to be slightly biased towards sportiness rather than comfort. Although not excessively loud or firm, the noise levels and the ride quality are respectively greater and firmer than some of its rivals.

Fitted as standard are remote central locking with deadlocks, immobiliser and alarm, with Stylance models getting locking wheel nuts for the alloy wheels.

Twin front, side and curtain airbags are fitted as standard, as are anti-lock brakes. Twin rear Isofix mounting points are also included, with a deactivation switch for the front passenger airbag.

Keener drivers will enjoy the fact that the Altea offers some fun behind the wheel, with reasonably sharp steering and suspension that is firmer than the norm. The diesel engine range also offers decent acceleration. Even so, it remains a car that is easy to drive and will not intimidate less able drivers.

What with the car's MPV-like raised seating, numerous cabin storage areas and capacious boot, the Altea makes a strong case as a family car. Although the seating arrangement is more fixed, it can still change its layout to suit combinations of luggage and load.

The Altea easy to drive and park, while the good view out will help the inexperienced. It also disguises its size well, and is unlikely to intimidate.

The Altea XL offers an impressive standard of quality, not best in the class but good all the same. In terms of image, the Altea remains something of an unknown, but its sporty looks do give it a boost compared with more conventional cars.

Thanks to the tall bodyshape and big doors, getting into the Altea XL is a cinch. The seats are at a perfect height too, adding to the ease of entry. Access to the boot is just as simple, with the load floor also at a good height.

All Altea XLs are fitted with an MP3 compatible radio/CD unit with an auxiliary input for external music devices. The system delivers respectable sound quality, and also has an attractive display in the centre console. Buttons are also mounted on the steering wheel for easier control.

Inside, the cabin mostly black, which does give it a dark feel, although this is mostly counteracted with the large glass area. The trim itself is of a good quality, with reassuring firmness to the plastics and cloth.

In general the Altea XL does not prove difficult to park. The car's steering is light at low speeds and its mirrors offer a good rear view. The view through the rear window is also good, while the almost vertical tailgate makes it easy to judge distances.

Vauxhall Astra Estate Fun to drive and decent specification, interior could be roomier

Volkswagen Golf Plus Also fits between hatches and MPVs, only slightly more attractive than regular Golf