A more mature face is part of the redesign 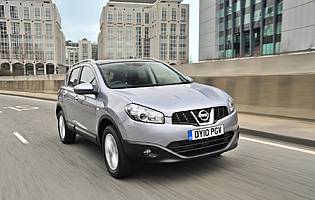 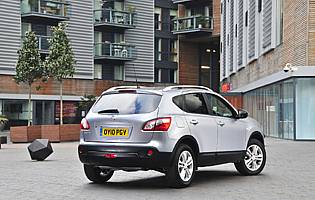 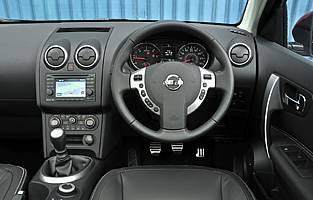 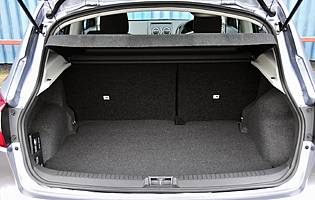 The Nissan Qashqai was a rare treat when introduced in 2007 - a genuinely groundbreaking model that introduced the world to the instantly popular crossover format. Now that other manufacturers are starting to catch up, Nissan has revised the model to stay ahead of the game.

The model that started the crossover trend was an instant success for Nissan. Fusing the admiral qualities from compact SUVs and family hatchbacks into a single distinctive and affordable product was a stroke of genius that left other manufacturers flailing to catch up.

Now that they are doing so, Nissan is attempting to move the game on again with revisions to the Qashqai range. The original format is left largely unchanged, with superficial changes making up the majority of the work. Nissan has revised the exterior with new lights at the front and distinctive LED clusters at the rear. The face has been given a more mature look; Nissan says the original buyers will have grown up so the car should as well.

A Pure Drive version emitting 129g/km CO2 is a new addition. It uses the 1.5-litre diesel engine and is available in base Visia trim level only. The popular n-tec special edition model now has a permanent place in the line-up, while Acenta and Tekna round out the range.

Our verdict on the Nissan Qashqai 2.0 Tekna

Nissan found itself in an envious position when revising the Qashqai; one where there was little negative feedback to act upon. Refinement has none-the-less been improved and the introduction of a specialist eco-model is timely. Beyond that it's more of the same, albeit in a slightly revised body, and that's certainly no bad thing. The original Qashqai still offers a perfect combination of qualities from across the board.

Running costs for the Qashqai have proved attractive to families. Some frugal engine options are available including the new PureDrive model with increased economy and reduced CO2 emissions. The diesel variants clearly offer better economy, although petrol engine models are cheaper to purchase.

There's no shortage of room for people or luggage inside the Qashqai, with decent head and legroom all round. The Tekna's standard glass roof gives an additional impression of roominess. The boot is well proportioned and the rear seats collapsible. Interior practicality has been improved with extra cubby holes for the two-wheel drive variants and cup holders in the rear arm rests.

The dial layout has been overhauled to add clarity and desirability, and the revisions are a success, particularly the white-on-black displays for the trip computer and the instrument backlighting. The five-inch Nissan Connect screen is clear despite its size and the control layout is traditional and sensible. Four-wheel drive models get an extra central control dial for chassis configuration just as in more expensive, full-size SUVs.

The Qashqai is as comfortable as any of its rivals with good, supportive seats, low wind and engine noise levels and good accommodation. Given its almost sporty handling, the ride quality is impressive. Engine noise has been noticeably reduced and general refinement increased thanks to a thicker windscreen with better noise isolation qualities.

All models have remote central deadlocking and an automatic locking function once on the move, while an engine immobiliser is also standard. The top-spec Tekna has an intelligent key for keyless entry and an ultrasonic alarm is present on all 2.0-litre models.

The Qashqai's ability to drive with the eagerness of a regular family hatchback was a huge part of its initial appeal and this has not waned. Despite its tall shape and SUV-like appearance, it continues to ride and handle with impressive decorum. The steering is surprisingly weighty at speed, and when driven with enthusiasm it resists roll and grips strongly. Ride comfort is also excellent and the driver will appreciate the better view courtesy of additional ride-height. The 2.0-litre petrol unit lacks the punch of its diesel equivalent however, needing to be revved hard to find the performance.

This is the ideal role for the Qashqai, as it has the space to cope with a family. Its attractive styling shows greater maturity - Nissan says it has grown up along with the families that first purchased it. Practicability is also strong and the option of four-wheel drive means it can perform light off-road duties or towing if required. For larger families, the seven-seat Qashqai+2 remains an option.

The Qashqai's appearance may put off inexperience buyers who mistake it for an SUV, but with a choice of two smaller engines and respectable prices, it could be a viable first car.

Build quality is impressive and there's a particularly upmarket feel to the Tekna model thanks to leather, the full length sunroof and elements such as the keyless start system. When introduced the model was genuinely mould-breaking and had a niche of its own. The model's success has seen this diminish as the formula is copied, but the Qashqai still carries a healthy degree of street cred for a family model.

The Qashqai remains easy to enter both front and rear thanks to the good door size and ride height. The same can be said for the boot, which has a particularly wide tailgate for easy access. The increased ride height also makes access easier for the less mobile.

Following the popularity of the special edition n-tec model Nissan has decided to make it a permanent addition to the line-up. Boasting distinctive alloy wheels and a selection of equipment from the top-spec Tekna model it's likely to prove popular. Elsewhere the trim line-up remains largely unchanged with the Tekna model boasting the most standard equipment and luxurious materials although additional mood lighting creates a more pleasant interior ambience across the range.

The all-round visibility of the Qashqai is generally good, apart from the curved rear pillar which cuts down the over the shoulder view. The mirrors are an excellent size, however, which helps in this regards. Reversing sensors are standard from the Acenta grade onwards, but the reversing camera of the Tekna model proves particularly useful.