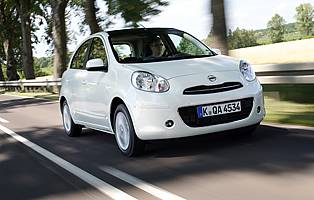 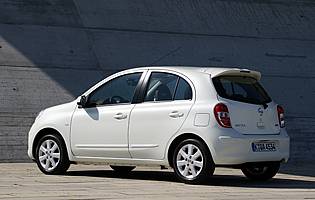 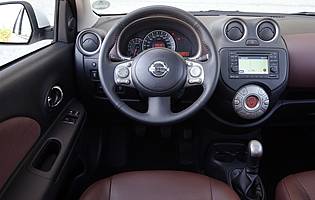 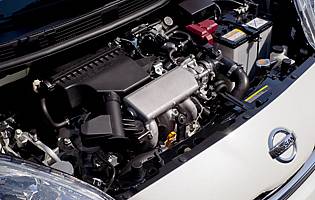 Nissan reinvented the Micra in fourth-generation form, and has maintained focus on the key elements: ease of use, low running costs and a non-threatening appearance all of which are key to its appeal. However, Nissan confirmed there would be no diesel model, and instead it has now introduced a radical petrol engine designed to offer diesel-like economy and performance.

A mark of success for the new car is the impact of the exterior styling. While unquestionably less controversial than the previous car, the new Micra is clearly recognisable as such. Where many of its rivals are increasingly looking towards very dynamic and edgy designs with a strong youth appeal, the Micra is more conservative. Although that may result in fewer potential buyers who find it very appealing, it will also mean that far fewer people will see its look as a barrier to purchase.

The changes underneath the skin are just as dramatic, with the latest generation Micra being based on an entirely new platform. As is commonplace, it is longer and wider than the outgoing model although the overall height is down. More importantly there is a substantial increase in the wheelbase, which leaves more space on the inside for passengers and luggage. Part of the packaging changes has included a newly-shaped fuel tank which sits more compactly beneath the rear seats.

Despite the increased footprint and cabin space, the Micra also benefits from close attention to weight saving strategies. By creating a boomerang-shaped curve in the roof instead of a reinforcing beam, it removes high speed resonances that affect cabin comfort whilst saving two kilograms from the overall weight. Savings are also achieved by reducing the number of components: the dashboard has approximately half as many parts as its rivals, reducing weight and increasing refinement.

The key difference with the Micra DIG-S (which stands for Direct Injection Gasoline - Supercharged) is the forced-induction three-cylinder engine. The supercharger gives the engine the flexibility and power equivalent to a larger naturally aspirated unit, while a clever decoupling mechanism, stop/start and the use of the Miller cycle (closing of the inlet valve is delayed to reduce engine load during the compression stroke) allow it to reach similar emission and economy figures as an equivalent diesel.

Our verdict on the Nissan Micra DIG-S

The Micra in any form offers a distinct feel and approach which caters to a more conservative market, and in doing so it will undoubtedly win over a large number of buyers. But the introduction of the clever DIG-S with its strong performance and highly impressive efficiency may be enough to tempt buyers consider rival cars by offering diesel-like attributes without the associated downsides.

Running costs for the Micra should be very low indeed, particularly with the supercharged engine, although it is worth noting that the naturally-aspirated CVT model has relatively high emissions for the class.

Making the most of its compact dimensions, the Micra offers very good space efficiency. Front seat passengers have more than enough head and legroom, although elbowroom might be an issue with larger occupants. In the back, the space on offer is more than adequate. The boot is tall rather than long, but still means sufficient space for most needs.

A key to the Micra's ease of use is the simplicity of the layout and even a novice driver jumping behind the wheel will find it easy to get on the move. The central grouping of the climate controls is sensible and appealing, while the low-key instrument display is easily read.

The Micra does a decent job of soaking up the worst road imperfections and, given that it will spend much of its time in the city, it is certainly up with the class in this respect. Noise levels are dependent on specification, as the CVT gearbox inevitably brings with it higher engine speeds for more of the time, hence greater noise intrusion.

All Micra models have remote central locking and an immobiliser, while higher-spec models also come with keyless entry as a convenient and safety-enhancing feature.

A big plus for the Micra is the fitment of standard ESP across the range, still a rarity in the class, and combined with ABS and six airbags the Micra is clearly one of the safer cars in the sector.

Compared to the standard 1.2-litre unit the Micra DIG-S is surprisingly good fun. The supercharger boosts the torque output to give good speed away from rest yet the engine is still keen to rev. Nissan claims it gives equivalent performance to a 1.5-litre petrol unit and from behind the wheel it feels very much the case. The rest of the driving experience is as with the standard car, with well-weighted and slick controls although enthusiastic drivers would be better served elsewhere.

A small family could use the Micra for shorter journeys or the occasional long trip, but the overall lack of space that any car in this class has means it can only ever be an occasional family wagon.

As a first car the Micra is just about perfect, with a faithfulness and an ease of use that will fail to intimidate even the nervous new driver. It should also avoid taxing the wallet of newly-qualified drivers in terms of insurance, while the higher output DIG-S engine offers more fun as well as exemption from vehicle excise duty under current legislation.

Nissan has clearly aimed to undercut the competition with the Micra, and although the design of the cabin is smart, some of the plastics do feel a little inferior compared to some rivals. The Micra's image is not hugely positive either: although it has a good reputation with some, many buyers have negative associations with the previous models, although the new car may well bypass some of that negativity.

Although a little shorter than before, the Micra remains an easy to car to climb into. The advantage of five-doors only means access to the rear is never a problem, while the boot is easily accessed through the broad tailgate.

A modest outlay brings the Nissan Connect system into the Micra, which gives navigation as well as a better audio system allowing MP3 player connectivity. Sound quality is respectable although higher volumes do put the speakers under strain.

Best suited to livelier shades, the Micra's low-key shape can disappear when finished in dark colours. As with many cars even at this end of the price bracket there are options in terms of trim colour, and the optional trim pack helps to lift the cabin through the use of a lighter shade. Standard models make do with the rather dark finish to the plastics.

The Micra is highly adept at parking, thanks to the compact dimensions and excellent visibility. In addition, the optional parking measurement system will tell the driver if a space is big enough for the car, rating the space in terms of its difficulty. Alongside parking sensors, this should make the Micra one of the easiest cars to park on sale today.

Ford Fiesta Class leader is fun to drive and attractive, if pricey

Volkswagen Polo Classy alternative is comfortable, desirable and well made