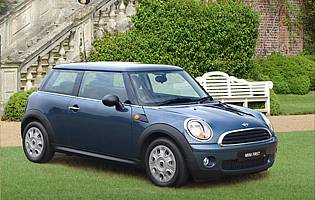 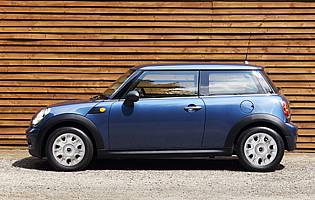 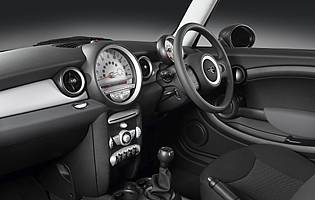 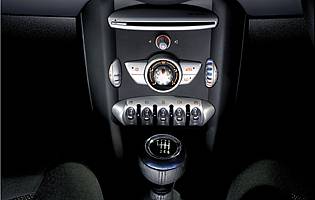 When talk turns to small cars it is impossible to ignore the success of the Mini. Both generations have captured the imagination of thousands of buyers who are tempted by the engaging drive, cheeky looks and high degree of personalisation. Now there's a new entry-level version in the form of the Mini First, and its reduced price brings it within the reach of even more buyers.

Anyone looking to buy a Mini will not be disappointed if they can only afford the First. To the untrained eye there are almost no external differences to the Mini One, the only obvious change being the standard fitment of plastic wheel trims. Unlike the One, alloy wheels cannot be specified as an option. In all other respects however, the Mini First can be enhanced with option packs which add items such as chrome trim and coloured door mirror cappings.

A similar approach is evident on the inside. The cabin will be instantly familiar to Mini drivers, with the large central speedometer dominating the dashboard and, although the First does without standard air-conditioning or the three-spoke steering wheel, it remains an attractive and well-finished interior. Standard equipment is also decent, with a radio/CD plus electric windows and mirrors, although the lack of air-conditioning is a negative.

The First uses the same 1.4-litre four-cylinder petrol as found in the Mini One, although its power output has been reduced by 20bhp. This does affect the performance of the car, with both top speed and acceleration being lower than the One. There are no improvements in economy or emissions either, although the First is in a lower insurance group and is still capable of impressive economy thanks to the effective efficiency features like start/stop and on-demand electronic systems.

Most importantly the bare mechanical bones of the Mini First remain the same, which means a sophisticated suspension layout, standard Dynamic Stability Control and a chassis designed to provide enjoyable driving. It also retains the same seating layout and is available in hatchback form only.

Our verdict on the MINI Mini First

Taking a little out of the Mini One to create the First sounds like an exercise in penny-pinching, but the result is no less enjoyable than the regular car. The performance deficit is marginal and the stripped-down feel allows the driver to enjoy the sparkling driving experience all the more. It's also great value and offers more for your money than more expensive Minis.

Running costs should be very reasonable, thanks to the range of more fuel efficient engines and improvements in reliability and ease of servicing. The tlc servicing package is also continued, providing high levels of maintenance at a very reasonable cost.

This is an area in which the Mini is behind its competitors, although it is not strictly designed to compete in these areas. Front seat passengers are well catered for, but those in the rear have restricted legroom. The boot is also small, although it is bigger than the outgoing model. Oddments space is also at a premium, despite a redesigned cabin.

The central speedometer carries most of the information, with a supplementary display in the rev counter behind the steering wheel. The design and quality of the controls has been improved, aside from the rotary wheels for changing the ventilation speed and temperature, which are fiddly to use.

Smaller wheels and tyres means the best ride on this version of the Mini, and also helps to improve steering feel. The seats are also quite comfortable, although the frameless doors do result in some wind noise at speed.

A high level of safety has been built into the Mini including anti-lock brakes, cornering brake control, automatic door locking and six airbags. Dynamic Stability Control is also standard, which is rare on a car at this price. Visibility is also good, as is the Mini's handling - both of which contribute to the car's overall safety.

With adequate performance on offer, the Mini is capable of keeping up with the swim in urban traffic, but out on the open road it requires the driver to work the engine hard. However, it is keen to do so, and the sharpness of the chassis makes it a hugely entertaining car to drive, carrying momentum through the bends with ease.

The Mini First would, as its name suggests, make an excellent first car, with its ease of driving, fun factor and reasonable running costs. As long as the initial purchase price is not an issue, it would be a dream first car for many new drivers.

The Mini's image is almost untouchable, recalling the original 1960s Mini but offering modern convenience and reliability. The high degree of personalization also allows buyers to create a car that feels individual, which is a major attraction. Quality has always been strong and is retained even in this entry-level model.

First models are fitted with a radio/CD as standard, operated by simple controls. Sound quality is respectable, with the speedometer displaying audio information. Upgraded systems are available increasing output and quality.

As well as a greater choice of cabin colours, decent materials bring a quality feel despite the price tag. The vast majority of the plastics and fabrics feel sturdy and hardwearing, while the mix of chrome and black plastic works well. Additionally, an interior light package gives subtle illumination throughout the cabin as well as the option to change the colour at the flick of a switch.

Volkswagen Polo High quality and as desirable as ever