Despite familiarity the F-Type shape remains as stunning as ever 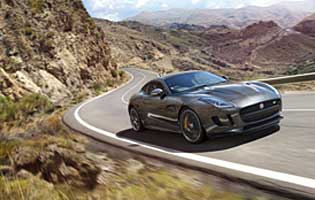 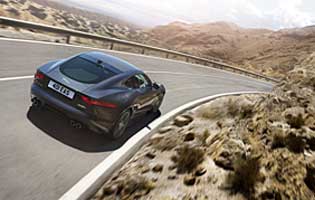 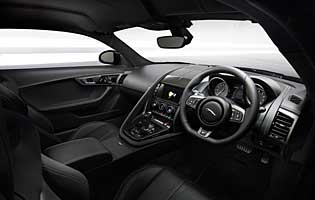 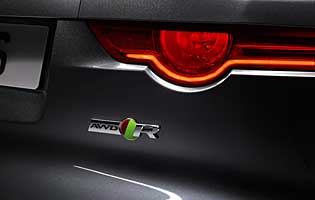 Jaguar created an instant success story when it created the F-Type; a long-awaited sports car from the British manufacturer that recalled the greats of the past without being a slave to nostalgia. Now the F-Type has benefitted from the first series of upgrades, which include some new engine and gearbox configurations, but most notably the option of four-wheel-drive for the first time.

The F-Type takes its place in the Jaguar range as a sports car in its purest form amongst a range of coupes, roadsters, saloons and estates all with a sporting feel. The Coupe version of the F-Type is the most extreme of them all, with the increased rigidity of the fixed roof allowing for more stiffly-sprung suspension and sharper responses.

Despite being on sale for less than two years Jaguar has decided to broaden the F-Type range considerably, with additional transmission options and other configurations taking the total model range to 14 models from just six. The key change is the availability of four-wheel-drive on R and S models, plus the option of a six-speed manual gearbox on rear-drive V6 models.

Visually the 2015 F-Type is broadly unchanged from the original car, although there are minor variations depending on the model and specification. Four-wheel-drive models have a higher bonnet line with a more pronounced bulge in order to accommodate the additional driveline components, while Sport Design packs are now available which give greater options for personalistation.

Elsewhere the V8S Roadster model has been replaced, gaining the more powerful 542bhp engine to create the F-Type R which is available with both two and four-wheel-drive. All models now feature electric power steering to replace the hydraulic set up, and the F-Type also gains the latest InControl Touch infotainment system.

Our verdict on the Jaguar F-Type Coupe R AWD

There was very little wrong with the F-Type in the first instance, but the updates have improved this impressive car still further. The four-wheel-drive system is unobtrusive but effective, and allows the driver to enjoy the performance more of the time, while the electric power steering system is just as good to use as the previous set up. More usable but just as alluring as before, the F-Type R AWD is a spectacular sports car.

In R guise with the addition of four-wheel-drive the running costs are as high as any other F-Type model, and even when driven with restraint fuel consumption will remain high. Insurance costs will also be at the higher end of the scale due to the performance, and servicing bills likewise.

With a useable boot the F-Type coupe offers an added level of practicality over the roadster variant. Elsewhere it's the same story though, with limited oddment space in the cabin and an overall snug feeling when occupied by two adults.

The cabin layout is pleasingly straightforward, with an attractive instrument display and stripped-back centre console with just a few buttons to operate the climate control. Better still is the improved infotainment system, which as well as offering lots of new features also responds more quickly, and incorporates smartphone operations methods such as pinch and swipe.

Even in the most powerful R form the F-Type Coupe isn't designed solely for the track; it is intended to be a road car and perform as such, and it does so with impressive ease. With all the systems on their mildest settings and the gearbox in full automatic it is an easy car to pilot through towns and in traffic. Even the exhaust can be turned down and is relatively quiet at low revs. Noise levels are higher when the speed increases and the worst urban potholes can be felt, but no more so than key rivals.

Other than the standard alarm and immobiliser the F-Type has no additional security equipment. Naturally the tin-top coupe adds a welcome extra level of protection over its roadster stablemate.

A strong aluminium structure combined with high levels of grip, acceleration and braking power plus a sophisticated ESP system makes the F-Type a safe and confidence-inspiring sports car.

Being the fastest model in the range should mean that the R version of the F-Type has the most to offer, and it is unlikely to disappoint any sports car enthusiast. Right from the moment the rasping V8 fires into life it is an engaging companion, and despite the performance it is perfectly capable of everyday driving. When pressing on the response of the engine and the sharpness of the handling is a revelation, while the extra security of the four-wheel-drive is very reassuring, bringing additional traction but without spoiling the balance apparent in the two-wheel-drive version.

With only two seats and a modest boot by family car standards, the F-Type is unsuited to family duties, aside from light duties as a second car in the family.

The addition of four-wheel-drive may make the F-Type more manageable but even in its least powerful form the F -Type is too expensive and too fast for a novice driver to manage. The purchase price and insurance costs are likely to be beyond the means of most new drivers too.

Just as important as design flair and driving ability, modern Jaguars have to offer quality too and the F-Type is a good example of how the marque has improved in recent years. Fit and finish is good and the materials used are generally of a good standard; the odd bit of penny pinching is not uncommon even at this price point. In respect of image the F-Type is breaking new ground, not only building on the E-Type heritage but building excitement amongst those who would not have previously considered a Jaguar.

The car's long doors make access easy, while even the low roofline doesn't force you to duck excessively in order to climb aboard. At the rear the coupe trumps the roadster with decent access to the larger boot space.

The F-Type benefits from the latest Jaguar InControl touchscreen infotainment system already seen in the XE, and although not perfect the system is much more sophisticated, responds quickly to user demands and looks smart. The high end Meriden sound system is also spectacular.

With such a dramatic exterior design the F-Type suits bold and conservative colours, with the option to have alloy or carbon-finished wheels plus design packs giving buyers a huge choice. On the inside the standard mix of leather and chrome trim is attractive, and there are further colour variants in here too.

With a low-set driving position and limited rearward visibility, parking the F-Type Coupe can be a fraught experience. However, the power steering is finger-light at low speeds and parking sensors are standard, leaving only the threat of kerbed alloy wheels to worry about. A rear parking camera is also an option, making life considerably easier.

BMW M6 More of a high-performance GT car, but fast and fun with decent space