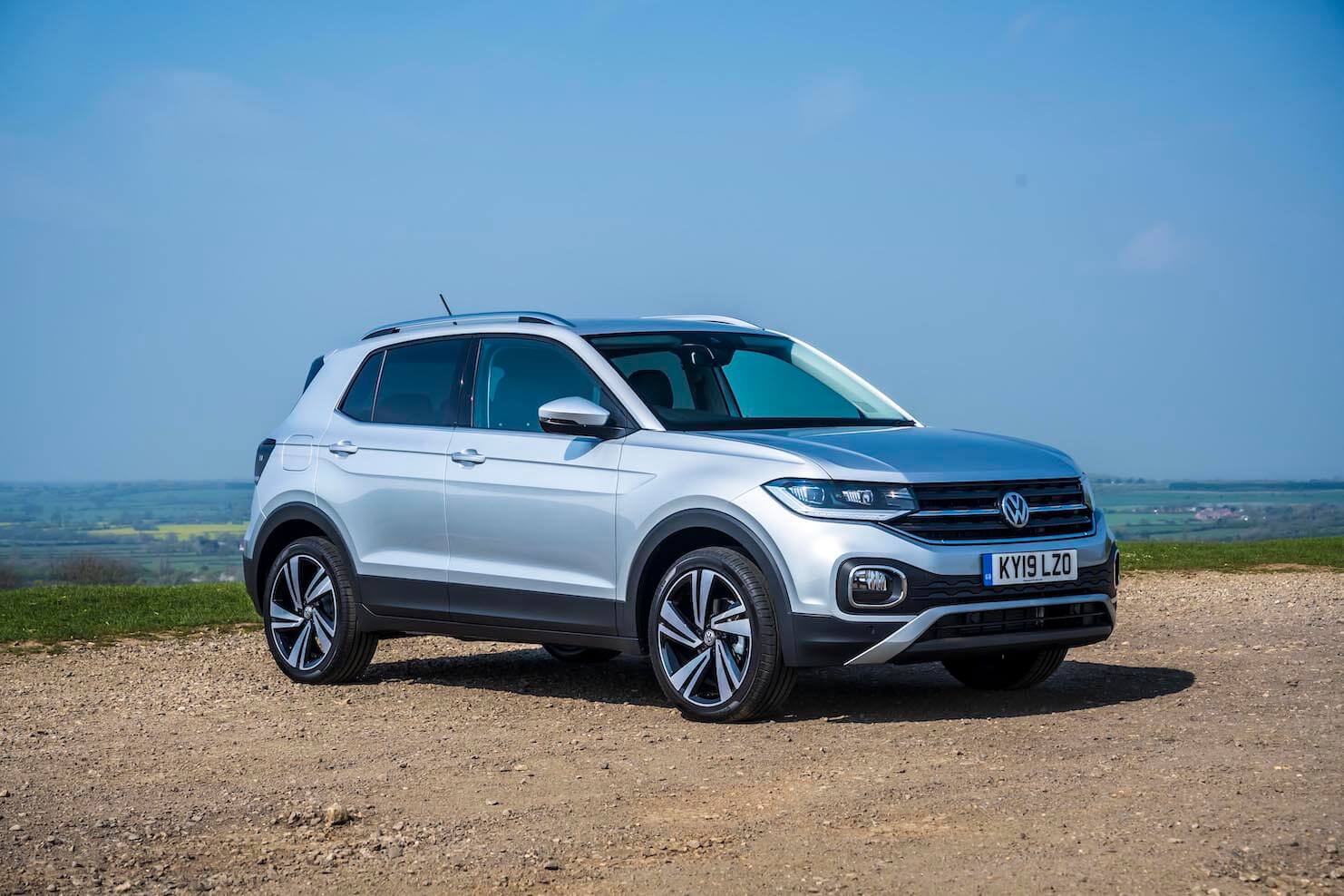 Compact crossovers are hugely popular these days, and keen not to miss out on buyers, Volkswagen has introduced a new T-Cross as its baby SUV. But against a wealth of rivals, what does this model have to offer?

You only need to look at Volkswagen to see how big crossovers and SUVs have become. Not so long ago the brand’s sales were dominated by the Golf and the Polo – but today high-riding models have taken over, with the Tiguan and T-Roc now 2 of the firm’s bestsellers.

Given this success, it’s easy to see why Volkswagen expanded the range in 2019, with a new compact crossover to rival the likes of the Nissan Juke and Renault Captur. Enter the T-Cross.

Inspired by a concept car first shown in 2016, the T-Cross is an all-new model for Volkswagen, though it shares plenty in common with other models – not least the Polo supermini.

So its underpinnings have been seen before, along with its turbocharged petrol engines and technology such as digital dials. What is new, though, is its impressive practicality and range of safety tech, which earned it a 5-star safety rating from Euro NCAP.

Since its introduction, Volkswagen has already launched a new 1.6-litre diesel option, along with a more powerful 1.5-litre turbocharged petrol. A special-edition ‘United’ model is also available.

Crossovers are often used as urban cars, and it’s here that the T-Cross absolutely excels. Light steering, great visibility and compact dimensions are all brilliant attributes, making this Volkswagen very appealing where space is at a premium.

The suspension setup is soft, allowing it to absorb any potholes or ruts in the road with minimal fuss. Out of town, it’s not quite so appealing – particularly on motorways, where the T-Cross has quite a noisy engine and transmits plenty of road noise into the cabin. But if you primarily use a T-Cross at lower speeds, it’s hard to fault.

Volkswagen has done a great job of transferring those ‘big SUV’ looks into a compact package. With chunky styling, a bold front end and a high ride height, the T-Cross looks the part. Though some might find it bland when compared with rivals, the more vibrant colour options allow the T-Cross to stand out.

All cars also get an 8-inch media system as standard, while high-spec R-Line models benefit from a set of digital dials as well. The only slight gripe is that the T-Cross doesn’t quite have the same high-end feel inside that other Volkswagens have, though it’s partly excusable as it is Volkswagen’s most affordable SUV.

From the outset Volkswagen said the T-Cross was designed with spaciousness in mind, and it doesn’t disappoint in this respect. If a small hatchback isn’t quite roomy enough, this compact crossover is ideal.

It’s noticeably more spacious than the Polo, and its boot offers up to an impressive 455 litres of room – more than you get in the larger Golf hatchback. Sliding rear seats are another asset. Rear space is generous for such a compact model, making this crossover a great choice if you regularly need to carry passengers in the back seats.

A trio of turbocharged 1.0-litre petrol engines kickstart the T-Cross line-up, with outputs of 94bhp, 108bhp and 113bhp on offer. The 94bhp model is paired to a 5-speed manual gearbox, while the latter 2 are offered with either a 6-speed manual or a 7-speed DSG automatic transmission. If you fancy something with a bit more power, the 148bhp 1.5-litre petrol automatic is a great option.

High-mileage drivers will also be satisfied with a 94bhp 1.6-litre diesel, which is offered with both manual and automatic gearboxes.

Regardless of which T-Cross you go for, you should expect low running costs. While the 1.6-litre diesel is the most efficient (returning up to 54mpg), the 1.0-litre petrol models aren’t far behind, as Volkswagen claims a fuel economy figure of 48.7mpg, along with respectable CO2 emissions of 132g/km.

There are 5 grades available on the T-Cross. Here are the highlights...

SE (in addition to S)

United (in addition to SE)

SEL (in addition to SE)

R-Line (in addition to SEL)

The Volkswagen T-Cross is available in the Smart Lease range for a limited time. Find out more about leasing a T-Cross.