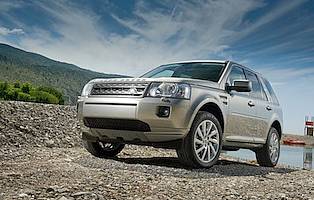 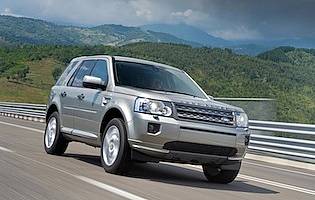 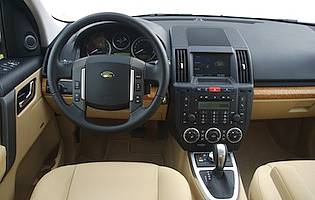 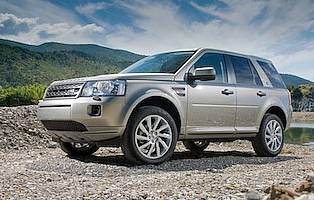 It might have been originally piched as a 'baby' Land Rover but the Freelander was far more capable off-road than any close rival. It was also good on road, but near the end of its life it lacked the premium, well built feel of the competition. This second-gen car is a distinct step up the premium ladder, and rivals the likes of BMW's X3 for class and build quality. The 2011 model year car boasts subtle cosmetic tweaks and improved diesel engine performance to kep it ahead of the competition.

Recent years have seen a steady evolution of Land Rover's products. Now more overtly premium in their fit, finish, appearance and asking price, even the once modest Freelander's social standing has improved beyond all recognition. Thankfully this wasn't at the expense of on and off-road performance. If anything, Land Rover has further improved its reputation with a choice of revised diesel engines.

The '2' at the end of the Freelander's name has been around for some time and the car might look familiar, but don't forget that this car is a little bigger inside and out and a lot more upmarket, than the acclaimed original that kick-started the plush soft-roader trend. The passing of time has also seen the Freelander 2 move closer to the bigger Discovery in terms of perceived and actual quality.

For all the leather upholstery and plush carpeting, capability remains at the heart of the Freelander's core values. New engines incorporating and eco-friendly stop-start system and the now familiar the clever use of electronic driving aids should keep the serious Land Rover enthusiasts happy, while the better appointed cabin and wealth of options should appeal to people trading up from conventional compact premium cars.

The result is a car that drives even better than before, thanks in part to the improved diesel engines. More responsive and that bit cleaner, this Freelander is considerably more competitive and feels closer to something from BMW or Mercedes in terms of cabin ambience, yet boasts enough street cred to see off the rapidly advancing competition.

Our verdict on the Land Rover Freelander 2 2.2 SD4 HSE 5dr

The steady evolution of the Freelander continues, with this 2011 model offering subtle but welcome trim and quality upgrades plus two improved diesel engines. The car's steady move upmarket has been a successful one in terms of the car's performance and cabin ambience and overall levels of refinement. It doesn't fail to impress off-road either, thanks to those strong engines and a clever transmission system. The move upmarket has seen prices inch ever closer to that of an entry-level Discovery, though.

The significant boost in quality and standard equipment over the original model has meant a predictable rise in the Freelander's asking price. Choosing your optional extras carefully - few will greatly influence the car's residual value - and opting for the most frugal diesel varaint will help matters. Quality improvements should see servicing as nothing more than routine.

Head, leg and elbowroom all round is good in the Freelander's cabin - it's a noticably bigger car than the first generation model. There are also a useful number of storage areas in the cabin, especially the capacious box under the front armrest. At the rear, the back seats fold flat to further extend the load space and the tailgate opens high and wide for easy access, although it does require a hefty pull to close.

As the Freelander rises steadily upmarket an increasing effort has been made to align the car with its more expensive stablemates.As such, much of the Freelander's controls and displays are similar to those found in the Discovery and Range Rover Sport. Classy, minimalistic dials and lots of black plastic combine to promote a 'utility-chic' appearance. The car's mainly black central area houses the audio and ventilation controls - the former located higher than the former. Topping these is the colour display that can double as the touch screen sat-nav.

For a car with the potential to throw you around on rough terrain, the Freelander's seats are pleasingly supportive - especially so if you ever decide to venture off-road. Back on the road, the only obvious noise is a small amount of wind and tyre noise. The diesel engines can clatter a little when cold, but this disapears once warmed up.

There's nothing particularly special about the Freelander's security provision but it does get the job done. Although the remote central locking plus plus the alarm and imobilisor package should prove more than adequate, a visible device such as a steering lock or even a tracking device if you plan on owning a high-spec varaint would increase peace of mind and, in the case of the latter, could reduce your insurance premium.

All the major systems you'd expect in a premium car are present in the Freelander, such as traction and stability controls. Remember, these have also been tuned to provide assistance off road, along with the car's full-time all-wheel drive system. The Terrain Response facility could also be viewed as a safety device in extreme off-road conditions. Elsewhere, the cabin boasts seven airbags - including one for the driver's knee area.

4x4s are rarely famous for their on-road abilities as they are often developed as a compromise. Although the Freelander boasts a high ground clearance, it resists pitch and roll well when driven on road. Grip levels are high thanks to the car's intelligent permenant all-wheel drive system, and the inclusion of a cut-down version of the Discovery's Terrain Response control means different conditions (mud, gravel, sand etc) can be dialled in to improve off-road performance. And for a 4x4 without a traditional low-range gearbox, the Freelander never feels out of its depth. The diesel engines pull strongly, although they do need to be worked hard if brisk on-road performance is required.

Despite not being directly comparable with a convenitonal people carrier, the Freelander works well as a family car. More of a spacious, high-rise hatch than MPV, the car boasts plenty of room for the average size family. The optional rear audio system will be a boon on long journeys, and the car's go-anywhere appeal with no doubt attract buyers with an active lifestyle.

The Freelander is an easy car to drive and its controls are light and visibilty is good from the lofty driving position, making it ideal for a novice driver. However, it's not a cheap car to buy and run, while parking and manouvering the Freelander in tight spaces is likely to challenge an inexperienced driver.

A solid brand image has been a cornerstone of Land Roverofeerings. The firm might have struggled with build quality quality issues in recent years but its latest products reflect a much improved performance. hasn't been as strong. There's no question that what you can see and touch is better than before, And mechanical reliability is said to be more robust.

The Freelander is a little less car-orientated than some SUVs because it remains a 'proper' off-roader, which will mean more of a stretch for less able bodied occupants to access the cabin. The same is true when you get out - there's more of a pronounced step down than with certain rivals. At the rear, the car's high ground clearance pays off as the boot floor is near waist height, making loading and unloading heavy items easy.

The standard fit radio and CD player combination works well and the unit is placed high up for ease of use - the steering wheel controls are most welcome. Numerous options exist, include CD changers, better amplification, MP3 player intergration, rear seat audio connections and a full-colour touch screen sat-nav. The latter is very impressive and is quick to respond to route changes but route programming could be more intuitive.

With the car's upmarket status being heavily promoted, darker hues suggest a more premium feel and will no doubt better asssit the Freelander come trade in time. Inside, numerous trim combinations exist, and again it's the darker options that work the best, be they leather or fabric - that also goes for the fascia trim, as the light wood option isn't terribly attractive.

The Freelander might appear big by family car standards but it is no more difficult to park than your average hatchback. The lofty driving postion helps, as does the light steering. The car's large side mirrors prove very useful. Predictably, parking sensors are also a big help.

Volkswagen Tiguan Another upmarket Freelander alternative but clearly biased towards road use. Styling is a little unadventurous