Only the bonnet and wings are shared with the original Ceed 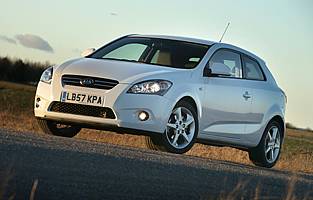 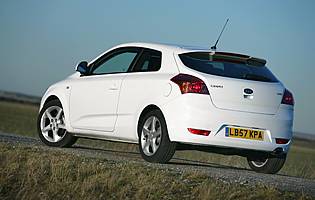 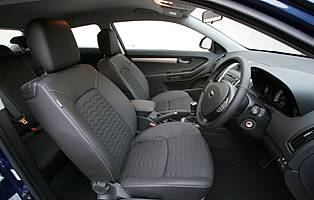 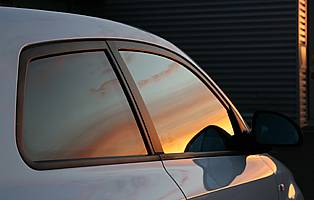 Following the five-door hatchback and the Station Wagon, the three-door hatchback Proceed is the third derivative of the Ceed model to be launched by Korean manufacturer Kia. Designed and built in Europe, the model is intended to change the car-buying public's perception of the brand from cheap and cheerful motoring to one that offers value for money with some Euro-chic.

Opening a high-volume factory in Slovakia highlights Kia's commitment to breaking into the European market and the three-door Proceed is the latest model to come out of the Zilina plant. While the Ceed five-door hatchback and SW models proved that the company could produce quality cars capable of competing in the Europe, the Proceed takes things to the next level, proving that Kia can build not just competitive models, but cars that are desirable for reasons other than cost effectiveness.

Value for money remains a key element in the Proceed's appeal as does the seven-year, 100,000-mile warranty, but Kia has been back to the drawing board to create the three-door model. The only panels shared with the other Ceed variants are the bonnet and front wings. The rest has been designed from scratch to offer a sporty and distinctive profile. The Proceed is both lower and longer than it's five-door equivalent.

A high window line, rear lip spoiler and body coloured bumpers across the range are intended to open up the model and the brand to a more youthful, image aware audience. Standard specification and trim levels are also more impressive making the Proceed an altogether more desirable prospect.

Despite the hot hatch styling, the Proceed isn't initially available with sporty engines - the most powerful being a 2.0-litre diesel unit. The most popular engine choice is expected to be the higher power version of the 1.6-litre diesel that tops the Ceed five-door and SW ranges.

An attractive, considered and very capable three-door hatchback, the Proceed should have little trouble competing with the established opposition. Initial sales expectations remain conservative due to the limited public awareness of the brand, but it's not hard to imagine the Proceed exceeding expectations as word spreads. A more powerful engine to exploit the taught chassis characteristics would be the icing on the cake.

The economy of the 1.6-litre diesel unit makes it a good buy for the money conscious, and there's additional value to be had from the low insurance ratings and the exceptional seven-year, 100,000-mile warranty. The three-door is priced identically to the five-door model, but isn't available in the same base level specification and features additional equipment across the range.

The three-door Proceed is naturally less practical than the five-door Ceed, but there's still an impressive amount of room to be found inside the model, particularly in terms of rear legroom. The rear bench will seat three children or two adults comfortably and in the front there's enough storage space for trinkets, drinks and map books. The rear seats fold flat to provide more load space, however the narrow and loftily positioned boot door might hinder the loading of bulky or heavy items.

The Proceed's instrument panel is modern and stylish, with contemporary dials that host warning lights and icons within the needle range. The orange backlighting to the temperature, radio and binnacle displays works well although the figures might benefit from being bolder. The steering and pedals are nicely weighted for use around town and the gear change is slick. As with the Ceed SW, the indicator stalk has been moved to the more common left hand side and the wheel mounted audio and cruise control buttons are simple to use.

Despite the tuned suspension, the Proceed offers an absorbent and comfortable ride. The seats are supportive, bolstered for extra comfort and easy to adjust. Air-con is standard across the Proceed range and cruise control features on the trim level 3 models. There's also an armrest between the front seats and electric windows. Wind and road noise are successfully subdued and the diesel engine is relatively refined and unobtrusive.

The Proceed features a relatively standard security set-up, with remote central locking, alarm and immobiliser, dead locking and speed sensing door locks. The car can also be locked and unlocked from the inside using a centre console mounted button. It's also possible to hide valuable items in the rear of the car as the small window and parcel shelf mean items can't be viewed from outside.

The Proceed is well catered for in terms of both active and passive safety. The shell has been designed to progressively deform in an accident, seatbelt pretensioners and front, side and curtain airbags are present. The Proceed also features doors that automatically unlock after an impact to allow the emergency services access. ABS and EBD are present in the braking system.

The Proceed is no hot hatch, and performance is sprightly but sensible in the more powerful models. The higher powered 1.6-litre diesel unit is more than capable of providing a decent turn of speed and respectable acceleration. The chassis boasts assured handling and the engine and steering response is sharp. The suspension has been stiffened up in the three-door compared with the five-door which gives a sportier feel without being too harsh, but the 1.6-litre doesn't really have the grunt to exploit the extra potential, and the steering can lack feed back when pushed hard.

Families with older children are more likely to find the Proceed a practical car, as getting very small children in and out of the rear might prove an unwanted hassle. Kids will certainly not be ashamed to arrive at the school gates in the good-looking model and the seemingly hard wearing interior should be able to cope with family life. Realistically, the five-door Ceed or Ceed SW would be more suited to family life.

Good looking, competitively priced, economical to run and with an excellent warranty the Kia Proceed makes an excellent choice for a first car. The 1.6-litre engine in particular provides just the right trade-off between cost effectiveness and performance.

The Ceed is the car tasked with raising awareness of the Kia brand and, more specifically, the Proceed is tasked with raising perceptions. The three-door model features sportier, more exuberant styling than previous models from the manufacturer and as such should carry more street cred. The build quality and choice of materials is easily on a par with Kia's rivals. The model feels sturdy, panel gaps are tight and there's a quality feel to buttons, switches and mechanisms.

Naturally, the rear of the three-door Proceed is less accessible than that of the five-door Ceed. However, Kia has endeavoured to make it easier three-stage folding front seats that remember their last position. The doors themselves aren't particularly long which hinders access to the rear, but makes accessing the front in tight parking spaces easier. The rear hatch is small in size, but that should only prove a problem for loading larger items. For the weekly shop, it will pose few problems.

Like the five-door hatchback and Ceed SW, the Proceed features an MP3 compatible CD unit that can also connect directly to an iPod using the in-built cable. There's also a USB slot for uploading music files directly to the six-speaker system. The majority of the functions can be controlled with ease from the steering wheel mounted controls with information clearly shown on the central screen. Sound quality is very good.

The Proceed's distinctive and sporty styling means it looks good in solid colours, particularly since colour coded bumpers are standard. White is particularly suited to the shape, but the red, silvers, blue and black available are also tasteful. Even the base trim level features a small amount of leather, but trim level 3 boasts half leather seats, alloy pedals and kick plates too. The metallic finish on the centre console is standard across the range.

Thanks to its beefier body mouldings, the three-door Proceed is actually longer than the five-door Ceed, but not long enough to cause any problems parking. The rear visibility is limited however, due to the rising shoulder line and small window in the hatch. The good-sized mirrors prove useful when reversing and the turning circle is good enough for tight manoeuvring.