Compact estate layout might not be fashionable but it works well 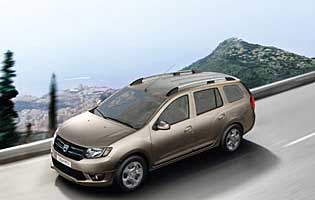 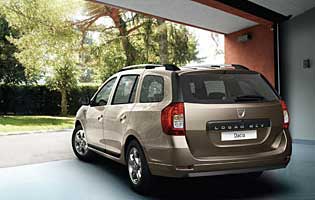 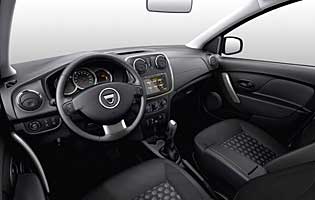 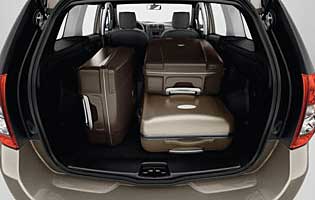 The Dacia brand might be more popular in mainland Europe but British buyers are now wising up to the brand's appeal. Focusing on low cost, fuss-free transport, this budget arm of French car maker Renault offers a modest range of cars. The Logan MCV is unusual in that it's a traditional compact estate.

As family finances are stretched ever further, there's a growing appreciation for low-frills cars offering the basics but little more. Far from suffering on the sales floor, this approach has served Dacia well in recent years. European buyers have warmed to the firm's low cost approach.

With a modest line-up of cars now established in the UK, the Logan offers buyers a conventional alternative to the current trend of lifestyle people carriers and SUVs. The low-rise Dacia boasts a bash-proof interior that's likely to appeal to a growing family or tradesperson, while at almost 4.5m in length, the car's load area promises to accommodate more than your average family hatch at half the cost.

In keeping with the modest theme, Dacia offers the Logan with a trio of small capacity engines. Petrol and diesel are both represented, with the former boasting low CO2 ratings and sensible fuel economy. Diesel, naturally, improves on these claims, although you really need to be racking up the miles to justify the extra cost of buying and running a diesel car.

With the extra savings you make over purchasing a regular estate or compact SUV you could dip into the Logan's cost options. Dacia's research shows that many buyers decide to add extras to their cars because the entry prices are so low, although in the Logan's case it's better equipped than the genuinely back-to-basics Sandero supermin.

Our verdict on the Dacia Logan MCV Ambiance 0.9 TCe 5dr

The price of a Logan could get you a pretty decent used car. Of course, there's always the uncertainty of mechanical reliability, a potentially chequered history and the absence of a decent warranty. Dacia's Logan solves all these problems at a stroke. Naturally the Logan offers a different level of refinement, but the car's solid performance, spacious and versatile cabin and modest running costs are hard to ignore.

Any complaints about Spartan interiors is easily countered by the Logan's modest asking price. Furthermore, running costs should be equally low regardless of what engine you opt for. The car's proven Renault mechanicals should mean low running costs, too.

With its boxy, estate appearance it's no surprise to learnt that the Logan is a spacious and practical compact load-lugger. Up front there's ample room, while the rear seats will easily accommodate a growing family. Fold the seats and the Logan's boot extends to near-van-like proportions.

The Logan's no-frills approach to motoring predictably extends to the cabin experience, with the fascia littered with familiar past-generation Renault switchgear. While this might not sound exciting, everything works as expected and proves to be intuitive and easy to operate.

They may not look that special but the Logan's seats offer a good deal of support. At normal speeds the car's cabin is reasonably quiet, although this can change for the worse when you push the various engines hard.

In the name of affordability the Logan doesn't come with any fancy gadgets. You won't find central locking on the base model, but from there on up it get s little easier. At least the car's load cover looks sturdy, so it should be capable of deterring prying eyes from spying on your valuables.

At this end of the price point scale it's foolish to expect too much. As such, you get only the acceptable minimum of airbags plus only ESP - don't expect any fancy electronic stability control here.

Don't expect miracles with the Logan, although Dacia has done a good job of delivering a car capable of engaging the driver. Roll and pitch is minimal, while the weighty steering offers plenty of feedback. Performance is modest thanks to the low capacity engines available, and it can get a little noisy at speed.

Dark, bash-proof plastics and a spacious cabin and load area are ideal attributes for a no-nonsense family car. With these features plus a family-friendly low price tag and the associated running costs, it's hard to ignore Dacia's compact estate car.

Thanks to its modest asking price and real world performance there's no reason whey the Logan can't be considered as a first car. Simple controls, good forward visibility and likely low running costs should seal the deal.

In mainland Europe the Dacia brand is well known and popular thanks to its range of low cost but well developed models. UK buyers have only recently been exposed to the Logan, Duster and Sandero, but have been won over by the combination of low prices and running costs plus high levels of practicality.

The Logan is conventional in many ways, none more so than when it comes to accessing the cabin. At standard car height, you slide across not up into the front seats, although the rear doors could open a little wider to facilitate easier access and egress. At the rear the car's tailgate opens wide with little effort and the load lip is low.

Don't expect anything in the entry-level model - you'll need to step up a grade to experience home comforts such as a USB socket, Bluetooth alongside the radio/CD combo. Remote audio controls are the preserve of the top model, while the overall performance is good rather than exceptional.

While the choice isn't extensive, the modest range of colours do much to flatter the Logan's otherwise modest design. There's much to be said for the utilitarian white option. Inside it's less stimulating but the dark plastic cabin is certainly durable.

In reality the Logan is a compact estate car, which means you'll need to be a little skilled in reversing to counter the car's long rear overhang. Visibility rearwards could also be better, but large mirrors and light steering help matters.