Streamlined Turismo is a world away visually from its predecessor 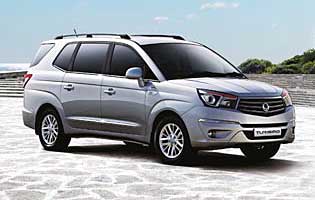 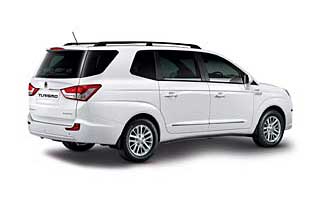 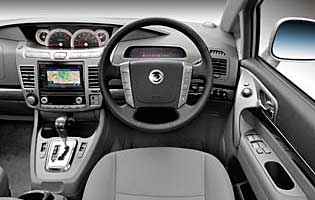 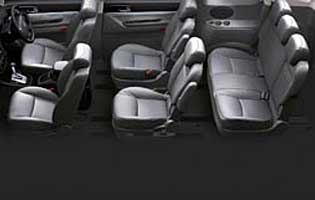 SsangYong has come along way in recent years. From being ridiculed for its rough around the edges products, an increasing number of people are being attracted to a gradually improving product line-up. The Turismo is a good example of the firm's gradual transformation.

Although the replacement for the Rexton, SsangYong's Turismo closely follows its predecessor's template of offering an oversize cabin capable of accommodating three rows of seats plus ample luggage capacity. Factor in a price point that considerably undercuts the limited competition, and it's hardly surprisingly the firm is popular with the private hire community.

One crucial difference over the Rexton is the way the Turismo looks. For many it will be a relief to wave goodbye to the former's slightly unorthodox looks - the car's trademark stepped high roof has been the target of much criticism. Also, the Turismo's rounded and more streamlined exterior is matched to a more upmarket interior.

Granted, the car is never going to compete directly with the likes of Ford's more polished Galaxy, but for those on a budget seeking more space than the average people carrier - be they private or business buyers - there's nothing to touch the Turismo price-wise.

Thankfully, along with the improvements to the Turismo's looks and interior, SsangYong has improved the driving experience. Replacing the previous aging Mercedes diesel engine is a cleaner and more frugal homegrown unit offer a decent turn of speed. One final Turismo quirk: it can be had with all-wheel drive, a feature you'll struggle to find elsewhere.

Our verdict on the SsangYong Turismo 2.0 e-XDi EX Auto 5dr

Leave aside any snobbish views regarding badge or brand and SsangYong's Turismo offers more bang for buck than anything else in the burgeoning people carrier market. The company has upped its game considerably, and the result is a more polished and desirable product capable of swallowing everything you care to throw at it. It's not perfect but it's solid performing all-rounder for not a lot of money.

There's no denying that the Turismo is something of a bargain in its market sector. If you need this much space and have a limited budget there's little else to choose from. Far from being poverty spec, the Turismo is well equipped and its own brand diesel motor offers a decent balance of economy and performance.

There's no shortage of anything in the Turismo's cabin, with the two-two-three layout affording occupants a surprising and rare amount of space and flexibility in this sector. Furthermore, even with the third row in place, there's mid-level estate amounts of luggage space. And if you don't need the seats there's ample room for transporting large items. Oddment space in the cabin is also generous.

There's nothing out of the ordinary here, with the Turismo's main controls and displays easy to access and read respectively. Some of the minor switchgear isn't arranged in as an orderly fashion, while the aftermarket nature of the audio and sat-nav provision means the interface and control logic doesn't match of the rest of the car.

With its plush seats and spacious cabin it's hard not to get comfortable inside the Turismo. It requires a little extra effort to reach the rearmost row but in the grand scheme of things it's hardly a major issue. Road and engine noise is pleasingly low at most speeds, too.

It's the basic but commonplace package of central locking, alarm and imobilisor here, which is perfectly acceptable at this price point. As important, the car's load cover appears to be a sturdy item to help deter prying eyes while the covered oddment spaces do a similar job inside the cabin.

As you'd expect ESP is standard fit on the Turismo but there's only the bare minimum of airbags in the cabin, meaning those further back aren't as fully protected as those up front which is a little disappointing.

With its weighty steering, plush ride and commanding driving position, the Turismo is a surprisingly engaging and competent steer. There's some vagueness in the steering when tackling bends and the car can pitch a little more than desired, but if driven sensibly the big SsangYong doesn't disgrace itself. Push hard and the diesel motor can get vocal but otherwise there's little to complain about. The featured car includes all-wheel drive, a rare thing for an MPV.

With its bash-proof cabin plastics and durable upholstery materials, the Turismo makes a solid case for consideration as a large vehicle for large families on a budget. The flexible seating and low purchase price are attractive selling points, although its size might prove a issue in supermarket car parks.

While the Turismo might be an exceptionally affordable car it's also a large one. If you can handle the size then there's every reason to consider it, although it's probably better suited to first time private hire drivers.

If you're not obsessed by badge or brand image, you'll probably already be familiar with SsangYong's high value, low frills proposition. Greatly undercutting the competition and, in the case of the Turismo, offering more space than any rival, it's not surprising that the private hire trade has embraced this big MPV.

All the doors open easily and wide enough to make access and egress easy, although it's a shame the rear doors aren't of the sliding variety for maximum flexibility. That said, moving between the rows in the cabin isn't difficult. Short drivers might struggle with the car's oversize tailgate, though.

There's nothing special here to report, as the entertainment option is a straightforward one. Although an aftermarket solution it delivers a decent quality sound, however the controls can be a little fiddly due to their size and location. Sat-nav is a feature of the top-spec model.

Being a big vehicle, the Turismo benefits form being chosen in flattering sombre hues such as silver. Inside, the dark plastics offer a durable-looking cabin, while the many windows allow plenty of light in.

It might be on the large side but the Turismo is a relatively easy car to park once you're used to its dimensions. The lofty driving position is a huge help, as is the car's light and accurate steering. Thankfully rear parking sensors are standard on all bar the entry-level model.

Mercedes-Benz Viano Private hire mainstay but can get expensive