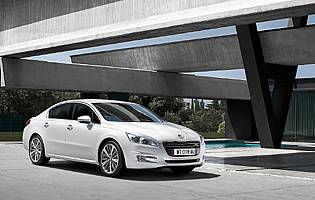 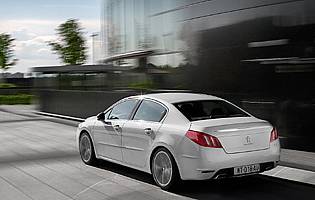 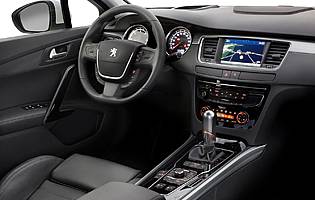 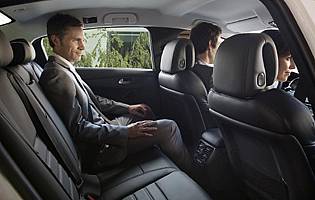 Peugeot has a long and successful history when it comes to larger family saloons and following on from the success of the 407 comes the 508. A crucial car for the brand in both the private buyer and fleet markets, Peugeot has aimed to improve efficiency and performance alongside greater technology, luxury and refinement.

Recent years have seen Peugeot making increasingly bold statements in terms of exterior design and the 508 is no exception. Arguably it is the first mainstream Peugeot to showcase the brand's latest design language and the result is a car that has a proud and distinctive nose, wearing a so-called 'floating' grille and with piercing headlights flowing into the waistline of the car. A similarly strong theme is shown at the rear with claw-like slashes in the rear lights, which contributes to the strong overall appearance.

Inside the 508 attempts to achieve the inevitable push upmarket which is the aim of almost all manufacturers competing in this segment. A brand-new dashboard layout is centred around a large, clear display which incorporates the numerous functions with a series of control buttons down by the gearlever. Further to that there is a multitude of convenience options such as a head-up display, keyless entry and start and four zone air conditioning, to satisfy the needs of more demanding buyers.

Underneath the slick exterior the 508 uses more sophisticated materials and construction processes to deliver better safety and lessen the environmental impact. The 508 is considerably more aerodynamic than its predecessor and much of the competition, whether in saloon or SW format, and the body shell uses aluminium and even magnesium parts to achieve a weight loss of as much as 545kg over the 407.

Mechanically the 508 brings a multitude of options to the buyer, even with different suspension layouts depending on the specification. The engine range includes naturally aspirated and turbocharged petrols while the diesel offerings give a broad span of power outputs and consumption figures. Most models use a high-specification McPherson strut front suspension but the high-output 2.2 HDi unit has a more sophisticated double wishbone arrangement for improved responses.

The 508 faces the most difficult of challenges in taking on the multitude of competition and following the successful 407 model, but it has shown notable and worthy progress over the outgoing car. A sharper design inside and out, a good specification, impressive all-round driving experience and a distillation of core Peugeot values means the 508 is the most impressive car to come from the firm since the RCZ.

With an impressive range of modern, efficient engines the 508 should deliver impressive running costs. But it is the super-frugal 1.6 e-HDi unit that manages very high fuel economy and impressively low emission figures, which should result in running costs comparable with much smaller cars.

The 508 makes good use of its generous dimensions to give excellent head and legroom all round, and the amount of legroom on offer for rear seat passengers is particularly impressive. Boot space is also very good, and despite the stylish design access to the rear is straightforward.

The dashboard layout of the 508 is straightforward and easy to understand, with the main control for the screen located down by the gearlever and other controls on the dashboard. However, the menu system takes a little getting used to and some buttons are hidden behind a panel between the driver and the door, which is unusual. The head-up display system where fitted is excellent however, and is a useful safety feature.

Like the best Peugeots of recent years, the 508 is very good at making progress with the minimum of effort or disturbance. Clearly much attention has been paid to getting the ride quality and roll resistance correct, as the 508 soothes away most bumps yet avoids being too soft or unstable through the bends. In fact when pressing on the 508 is remarkably flat through corners and the steering responds with good consistency and feel.

All 508 models are fitted with an approved alarm, deadlocks and an immobiliser, while all models fitted with alloy wheels have locking bolts for additional security.

With improvements in strength and a comprehensive range of safety systems across more models in the range the 408 offers a useful safety boost over the outgoing model and is likely to perform well in terms of active and passive safety.

Like the best Peugeots of recent years, the 508 is very good at making progress with the minimum of effort or disturbance. Clearly much attention has been paid to getting the ride quality and roll resistance correct, as the 508 soothes away most bumps yet avoids being too soft or unstable through the bends. In fact when pressing on the 508 is remarkably flat through corners and the steering responds with good consistency and feel.

The 508 is well suited to family duties thanks to the generous space on offer, although a family buyer would do better to choose the SW version over the saloon as this offers better load space plus the option of the superb full-length panoramic glass roof which does a great deal to boost the feeling of space.

The 508 is unlikely to feature on the wish-lists of new drivers, even though it is handsome and good to drive.

A crucial area for any car competing in this segment is quality, and the 508 manages to provide this both in terms of the standard of construction and the sense of perceived luxury to its occupants. The 508's image is also bolstered by this alongside the stylish and distinctive design, allowing it to punch above its weight in terms of the competition.

With long doors both front and rear the 508 offers good sized apertures for people getting into the car, although it is worth noting that the sloping roof line does mean rear seat passengers need to duck a little more whilst climbing aboard. The boot is easy to access with a wide tailgate that can be opened remotely.

Even the most basic 508 comes with a radio/CD unit with MP3 compatibility, while a USB connection is standard across the range. The combination of good sound quality and fingertip controls will be enough for most drivers, but those wanting more can upgrade with Bluetooth connectivity or a JBL system with a dedicated amplifier and ten speakers.

Even the relatively modest entry-level 508 brings with it tasteful cloth trim and good interior plastics, while higher specification models benefit from an increasing amount of leather for a luxurious feel. In terms of exterior colours the 508 looks smart in the more typical sober metallics, but even a white version comes across as modern and fresh.

Like many modern saloons the 508 has a nose and tail that slope away out of sight which can make parking a little tricky. However, a rear parking aid is available on all but the entry-level model, while Allure and GT models can be specified with a parallel parking guide which will inform the driver of the suitability of a space alongside the car.