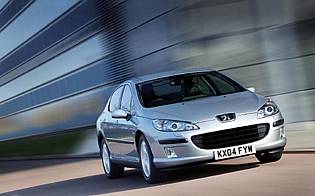 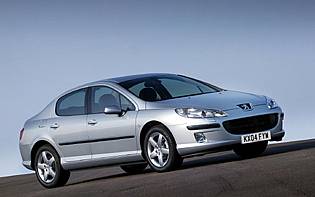 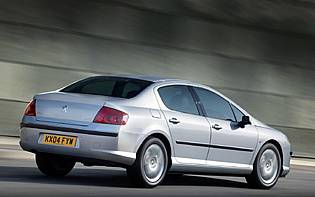 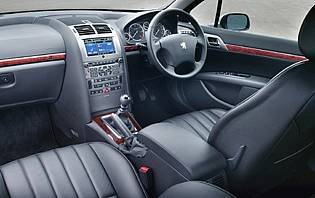 For a company proud of its ability to produce cars that are fun to drive, critics found Peugeot's 307 something of a disappointment. With even the 206 GTI receiving a lukewarm reception, it was thought that Peugeot had lost the plot. The 407 has proven that the recent mistakes were just 'blips' in the car maker's timeline. The car's nose, however, is a new design direction that's here to stay.

The dramatic 407 is important to Peugeot for a number of reasons. Not only does it signal a new design direction for the firm that adheres to forthcoming pedestrian safety legislation, but the car revives the French firm's old values of putting the driver first.

In the eyes of the critics Peugeot had gone soft in the one area where it once shone as brightly as the Germans: handling. Cars such as the 205, 309 and 405 and, lately, the 406 were fun to drive, yet also managed to combine the value for money and practical attributes required to make them attractive to the masses.

Peugeot has bounced back into action and engineered the 407 to rival much more expensive machinery - a feat that has been deemed a resounding success by many of the same people who blew raspberries at some recent models.

Easily the spiritual successor the 406, the 407 also moves the game on by adding a thick slice of passive and active safety. It also benefits from its maker's recent advances in diesel propulsion and advanced in-car entertainment systems.

However, the 407 is predominately aimed at company car drivers, a sector in which Peugeot hopes to sell the bulk of its production. The fleet market has changed enormously since the time the 406 first entered, and it remains to be seen if the 407 can do the business as increasing numbers of 'user choosers' are trading up to more prestigious premium brands.

Peugeot's 407 may look radical, but the car's ability to raise a smile when navigating sinuous B-roads will be a blast from the past for fans of the marque. Great to drive, the 407 is very much an 'old school' Peugeot featuring new school technology. The car isn't perfect, however, as despite its size, rear passengers could do with more room and not everybody has taken to its bold nose.

Running a 407 is unlikely to break the bank, as the servicing costs for cars catering to the company car market have to be attractive to the accountants signing the cheques. Opt for a diesel variant and fuel consumption will easily exceed that of the petrol units. With all cars equipped to pleasingly high standards, there's little need to go mad with the options catalogue - hence another area where money can be saved. However, one downside to privately owning a fleet-orientated model is that future values will be low thanks to the numbers already on the roads.

With no traditional hatchback 407 variant and only a saloon and estate, some buyers could be put off by the line-up's perceived lack of versatility. With that in mind, the saloon acquits itself well to everyday tasks, and should appeal to security-conscious folk who don't like leaving valuables in the boot of hatchback cars. While you'll never get a bulky furniture flatpack in the boot of the 407 despite the presence of a split/fold rear bench, important possessions will be safer out of sight in the car's trunk. Elsewhere the cabin offers the usual oddment trays and cubbyholes, including an air-conditioned glovebox.

As is so often the case with Peugeot's cars, the clarity of the instrumentation always commands nothing but praise. The same is, thankfully, true of the 407, and its main instrument cluster is easy to read during the day and at night. The car's column stalks are also objects of clarity. Cars fitted with Peugeot's latest generation sat-nav system benefit from a range of enhanced features, displayed on a colour screen. Although the system is easy to navigate, direct sunlight can make viewing the screen difficult.

Front seat occupants will find it hard to complain about their surroundings, as there's plenty of head, leg and elbowroom. Drivers will find the wide range of seat and steering wheel adjustments welcome, while road and wind noise is has been kept to a pleasing minimum. The surprise feature of the 407 is the lack of legroom available for back seat passengers. Children will hardly notice but tall adults might find long journeys a little uncomfortable. That aside, the seats themselves continue a Peugeot trait by being nicely contoured and supportive.

As to be expected, remote central locking plus the usual alarm/immobiliser combination is offered with the 407, although the car is unlikely to prove as tempting to thieves as something with a more prestigious badge.

Following on from Toyota's Avensis, Peugeot's 407 is another car to boast of a supplementary airbag under the steering column. This, along with twin front, side, curtain airbags and rear ISOFIX mountings make the 407 an especially attractive car if your top priority is safety. Twin rear airbags are also available. Active safety features include the usual slew of electronic devices, such as ABS, ESP and emergency brake assist.

In many critics' eyes, the arrival of the 307 signalled the end of Peugeot's focus on driver involvement. Thankfully the firm relented, as the 407 is much closer in spirit to its predecessor, the acclaimed 406. Although the 407 is pitched mainly at the fleet market where ownership costs dominate the selection criteria, the 407 should appeal to the keen company car driver. Despite its size, the big Peugeot can be hustled enthusiastically through a series of bends - its direct steering and confident, sporty handling clearly evident. Predictably, the most powerful diesel option is the star performer, as its generous levels of torque make light work of twisting, undulating terrain.

In theory this is where the car should excel, certainly if you don't fancy a midi-size people carrier. However, despite the car's size, room in the back is distinctly average. Passengers are unlikely to complain too much but a compromise has obviously been made. The main benefactor is the 407's saloon boot, which is generous to say the least and goes a long way to compensate for the absence of a hatchback in the line-up. Elsewhere there are the usual array door pockets and oddment trays, although it's clear that the car is more suited to a working lifestyle, not a family one.

While novice drivers would be better off with something smaller and more manageable as a first car, the 407 is hardly a cumbersome machine once you're used to its external dimensions. At low speed all the car's controls are pleasingly light, and forward visibility is good. Novices might be surprised by the potency of the diesel engines, though.

Try as it might to bolster its image with upmarket interiors sprinkled with chrome and wood fittings, Peugeot's cars will always be looked on as vehicles for the masses. This is borne out by the distinctly un-premium-like residuals. Putting a positive spin on things, what you do get with the 407 is a lot of equipment for your money - something the premium brands fail to match. Sadly, by focusing heavily on value for money, Peugeot forgot to boost the quality of the materials used in the 407. Although good, Ford's Mondeo remains the benchmark in this class

Entry and egress to and from the 407's cabin should pose few problems. Tall back seat occupants might find the car's rear doors a little restrictive, though. Rear occupants will also find the amount of legroom available disappointing relative to the size of the car, although it's still more than many so-called premium compact saloons. The 407's reputation is redeemed slightly thanks to a decent sized boot with a wide opening. The load lip could be lower, but overall access is good.

All cars come with a radio/CD player as standard, although there is provision to upgrade to a number of different options depending on trim level and the depth of your wallet. CD changers and different permutations of audio and sat-nav units can be selected. The colour navigation system complete with phone is a costly add-on but it performs well and dominates the car's centre console.

Dark external colours tend to do the 407 few favours, with lighter shades helping to better illustrate the car's dramatic styling. Inside, it's clear to see that the fabric for the seats is biased towards durability at the expense of looking luxurious. Elsewhere in the cabin the dark plastics, although serviceable, cannot match the quality of similar fittings from Ford Mondeo's. Overall, the compromise is a reasonable one, as it's worth keeping in mind that many 407s will have to earn their keep in the hands of hard working reps.

Although the 407 feels overly long and wide, parking is not the chore you might think it is. Light steering and a well-weighted clutch conspire to make the process drama-free. That said, don't rely complete on the car's exterior mirrors as they offer only a modest field of view. Once familiar with the car's extremities this becomes less of a problem. The same is true of the car's much talked about nose. Only rear parking sensors are offered, and their fitment is model dependent.

Ford Mondeo Archetypal mid-size fleet car. Does everything right but is getting on a bit

Renault Laguna Attractive Laguna is safe and well equipped, although can't match the 407 for driver enjoyment

Mazda 6 Japanese firm's best attempt yet at cracking the fleet sector. Good to drive and not short of standard kit