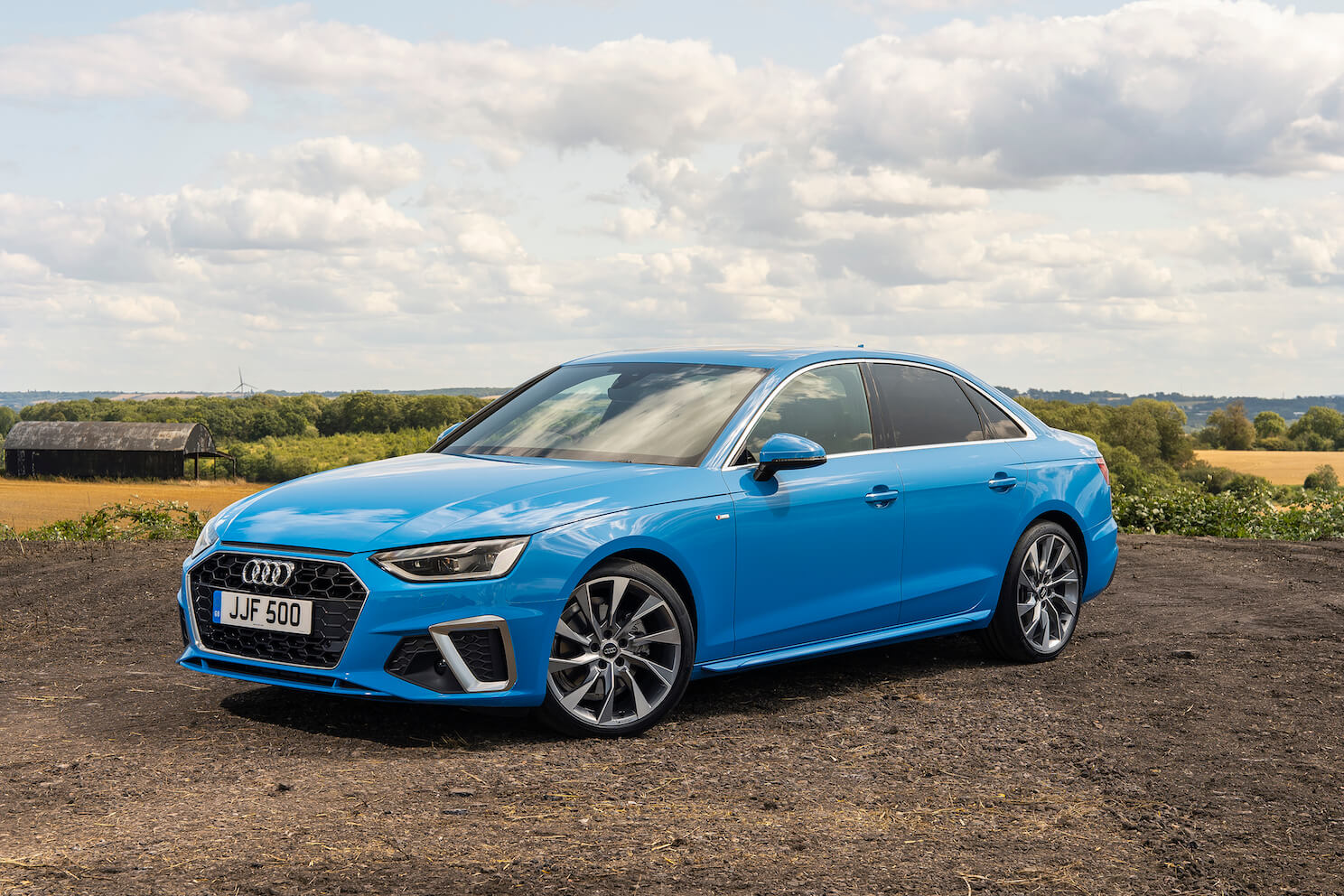 Audi has long been a leader in the compact executive market with its A4, but can the latest model continue to prove such a hit?

If you’re looking for something upmarket but at an attainable price, the compact executive class is the way to go. And it’s proven especially popular for Audi, with its mid-sized A4 offering plenty to those looking for badge appeal, a high-quality interior and impressive refinement.

The A4 is one of the German firm’s best-selling models, and has always managed to hold its own next to core rivals like the BMW 3 Series and Mercedes C-Class, but does it continue to lead this sector? Let’s find out.

The latest A4 arrived in 2019, when the model was comprehensively updated to ensure it remained competitive in its segment.

Key changes included a redesigned front-end, introducing a new grille and LED lighting, while the inside benefitted from a new 10.1-inch media system, which runs on the latest operating system – allowing for new internet-enabled features such as ‘live’ traffic updates.

Though some rivals have tended to go down a sportier route with models in this class, Audi’s core focus has always remained on comfort and refinement. And those are 2 of the A4’s biggest strengths, with the ride remaining supple, whether that’s around town or cruising at higher speeds. Smooth engines and impressive soundproofing also do a great job of giving this Audi a serene and quiet cabin.

While the BMW 3 Series might be sportier and more involving behind the wheel, we reckon on a day-to-day basis, the Audi A4’s more comfortable and refined approach makes it the better option.

Though Audi hasn’t dramatically altered the looks on the latest A4, this model remains as premium-looking as ever – not least thanks to its new LED lighting and larger grille, 2 cues that have been taken from the German marque’s more expensive models. It looks especially cool in S line and Black Edition trims, where it gets sportier bumpers and, in the case of the latter model, gloss black styling to give it a more purposeful design.

The same premium feel carries through to the cabin, which is one of the best in the business. Through its mix of modern technology – including a large touchscreen and digital dials, both standard – and high-quality materials, the A4’s interior is a brilliant place to spend time.

Though Audi might offer a roomier Avant (estate) version of its A4, here our focus is on the 4-door Saloon option. Despite it being one of the firm’s more compact models in this body style, it’s far from small inside.

A 480-litre boot is a decent size, while all A4s come with folding rear seats – something not all saloon cars have the option of. Rear seat space is also generous, with plenty of legroom and headroom for 2 adults, though squeezing a third in the middle could be a challenge.

The A4 range has options ranging from low-output diesels through to powerful petrol options. There really is something to suit most buyers, though it’s a shame Audi is yet to introduce a plug-in hybrid option – something many rivals offer.

Audi uses a numerical system to describe the engine in its car; small numbers equating to a less powerful engine, with TFSI signalling it’s a petrol and TDI a diesel. Full powertrain details are below, but our top pick would be the 35 TDI, which uses a 161bhp 2.0-litre turbo diesel engine combined with a 7-speed S tronic automatic gearbox.

As well as delivering strong performance – 0-60mph takes 8 seconds and it has a top speed of 142mph – this engine will also be cheap to run as well, with Audi saying it will return 53.3mpg, with CO2 emissions of 139g/km.

A choice of 5 trim levels are available on the latest Audi A4. Here are the highlights…

Sport (in addition to Technik)

S line (in addition to Sport)

Black (in addition to S line)

Vorsprung (in addition to Black)

The Audi A4 is available in the Smart Lease range for a limited time. Find out more about leasing an Audi A4.