Suicide doors are a segment first for the Meriva 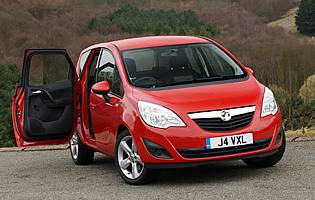 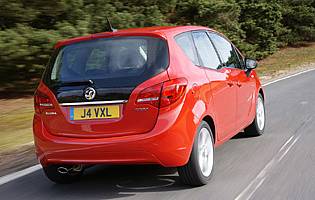 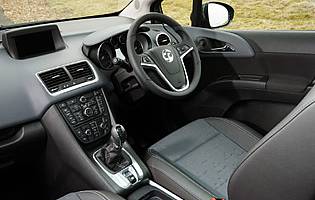 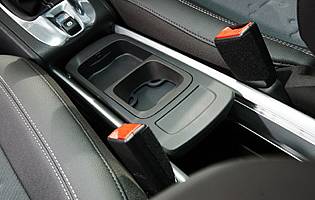 The mini-MPV market remains as popular as ever, making it important for volume car producers to have a strong presence in the sector. The latest version of the Vauxhall Meriva carries the baton from the popular previous generation model, but with a raft of sophisticated new elements.

Sitting somewhere between a B-segment family hatchback and a larger MPV, the first generation Vauxhall Meriva was one of the more popular models in the fashionable mini-MPV sector. The second generation model aims to build on that success but does so in a markedly different manner. It's larger for a start, although it can still be comfortably categorised in the mini-MPV sector, and has been styled in line with Vauxhall's new, more upmarket persona.

A slight increase in dimensions is not the big news however. That comes in the form of the rear-hinged suicide doors or 'FlexDoors', as Vauxhall has christened them. The Meriva is in good company in this regard; as the Meriva goes on sale the only other vehicle to feature independent rear-hinged doors (able to open with the front doors shut) is the Rolls-Royce Phantom.

Changes are also present under the bonnet, particularly where the petrol engine options are concerned. A downsizing strategy means the 1.6-litre and 1.8-litre petrol options present in the outgoing model are no more, replaced by a 1.4-litre turbocharged engine in 118bhp or 138bhp form. A normally aspirated 1.4-litre is the entry-level version. Diesels come in 1.3-litre and 1.7-litre form - the latter available with a new six-speed automatic. Other engines use a five-speed manual with the exception if the high-powered petrol, which uses a six-speed manual transmission.

In keeping with the more premium styling, the new Meriva boasts a range of upmarket equipment across its four trim levels. A full length glass sunroof is standard only on the range-topping SE model, but an electric parking brake, a new FlexRail storage system and touchpad boot opening are standard across the range. A sculpted and more spacious interior is likely to attract interest, too.

Our verdict on the Vauxhall Meriva 1.4 Turbo 120 Exclusiv

Despite the success of the previous generation model, the changes to the Vauxhall Meriva are such that it shares little with its predecessor. Clearly, the FlexDoor arrangement is the key new element but it would be foolish to let the one factor distract attention from the rest of the model. Vastly improved in nearly all key areas, the Meriva is a hugely practical, highly attractive family car with a surprisingly distinguished air about it.

The downsizing strategy means the petrol engines improve efficiency and reduce tax rates while maintaining performance, but the diesel options remain the most frugal. The excellent kit available and general feeling of quality make the Meriva a strong value for money proposition.

The Meriva has taken a step up in size, meaning it now competes with models on a slightly larger platform. That makes itself apparent through the spacious interior that boasts excellent legroom in the rear and generous headroom all round. The flexible rear seats can be pushed together to create additional shoulder space for adults and can also be pushed forward to increase boot space. The boot floor can also be raised or lowered for ease of loading or extra space. A new FlexRail system is present in the front, capable of accepting an armrest-storage unit that can be easily removed. Without it, there's space for a handbag between the two front seats. Unfortunately the rails do stretch into the central rear passenger's foot space.

Benefitting from the trickle-down of equipment from the Insignia and Astra, the Meriva boasts a neat interior design with upmarket controls and displays. The trip computer screen is very clear and the vehicle control layout traditional, sturdy but stylish with smartly finished dials and controls. A short sharp gear change is a benefit and the steering wheel is of a premium inspired design. The central control layout can be overwhelming however, with a solid mass of buttons making it difficult to find the correct one from the driver's seat if not familiar. An electronic parking brake is standard across the range.

The ride is a little firmer than might initially be expected but is certainly not uncomfortable, riding bumps and rutted surfaces with great competence. The equipment levels make for a reasonably luxurious feel inside and the flexible rear seating arrangement means the rear can be tailored for two adults.

The Meriva's first strength is that it's an unassuming thing that won't catch thieves' attention among fancier Audis, BMWs and other more noticeable cars. The automatic door-locking system naturally provides a strong security element and the FlexRail system is designed to offer capacious storage for items such as handbags that might otherwise be visible on a seat. Central locking is standard and an alarm and immobiliser are also present.

Vauxhall has introduced a super-secure rolling door lock system to ensure the rear doors cannot be opened with the car moving. It clicks into place at two mph with a reassuring clunk. A raft of electronic controls monitor the chassis to prevent accidents, but with great road holding the ESP hardly seems necessary. Adaptive brake lights are present as are side airbags on the S and Expression trim levels, with additional full-size curtain airbags on Exclusiv and SE models. Breakaway pedals and a collapsible steering wheel benefit the driver.

The Meriva offers a surprisingly rewarding drive for a vehicle in its class. The steering has been specifically tuned for UK roads and it shows, with more weight and greater feedback. It is an unlikely car to throw around excessively but can cope, with a well-controlled body wheel and a communicative, predictable chassis. The driving position is very good, although visibility is hampered by large A-pillars, albeit less so than the previous generation model. Performance from the mid-range petrol unit is perfectly adequate, with plenty of power available from reasonably low down.

The Meriva is perfect transport for families of up to five, particularly those with young children. It's also more than suitable for elderly passenger thanks to great access. Hugely practical and spacious it's ideally suited to family life.

Although reasonably priced and easy to live with and drive, the Meriva probably offers more space and practicality than most young drivers would require.

Using design cues from the Insignia and Astra, the Meriva now boasts a considerably more upmarket appeal. Although it remains a sub-premium volume producer, the Vauxhall brand is coming on leaps and bounds in terms of desirability thanks to improvements to exterior design and interior quality. An MPV is unlikely to earn its owners a great deal of street cred, however, a smarter looking MPV is hard to find. Build quality seems more than acceptable, too.

Thanks to the FlexDoor rear door arrangement, the Meriva offers among the best access in its class. The rear doors open to 84 degrees with the front doors not far behind. For the less-mobile, or parents who have routinely struggled with fitting and removing child seats, the Meriva will prove a real eye-opener. Access is aided by the high roofline and, although a chunky B-pillar remains, it's central positioning means it is not a hindrance. The boot door is a good size, too.

Neither sat-nav nor Bluetooth preparation are standard on the Meriva line-up but both systems can be specified as options. The Exclusiv trim level model benefits from a seven speaker CD and radio system with a USB connection and aux-in. Sound quality is good and steering wheel mounted controls are a nice touch.

The range of exterior colour options for the Meriva is actually somewhat limited with the solid red being the boldest of the choices available. That said, the focus on more grown-up metallic shades helps bring out the increasingly upmarket exterior design. Inside, the interior can be specified with a range of material and, depending on trim level, can have a different dashboard top colour. The standard black interior is smart enough however, thanks to its upmarket design. All models get body coloured door handles and bumpers.

Parking sensors remain an option, but the Meriva doesn't prove particularly hard to manoeuvre without them. Despite its charismatic design the shape is reasonably uniform making it simple to judge, particularly with the flat rear end.