Adam-inspired design is this latest generation Corsa's most striking feature 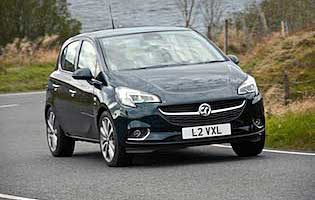 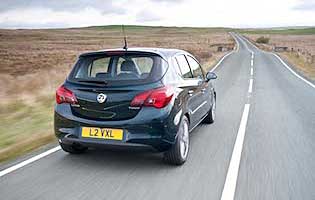 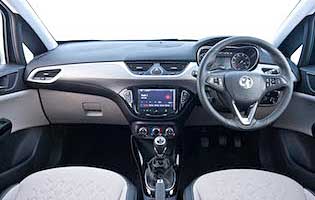 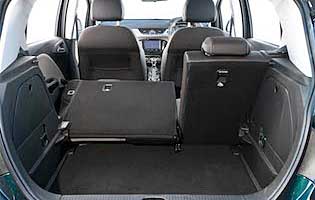 Vauxhalls' Corsa is part of the motoring establishment. It's the go-to car for many learners, plus its affordability makes it popular with companies and those on a budget. Competition in the supermini sector is tough though, and this latest generation car hopes to better challenge the opposition.

At first glance this generation of Corsa appears to be more revolution than evolution. Vauxhall's decision to adopt the youth-orientated Adam's nose and plump for an all-round more rakish profile - even in five-door guise - has done much to boost its kerb appeal.

Under the skin there's also been some changes, although mostly detailed one as Vauxhall has decided to retain much of the previous car's underpinnings. That said, considerable attention has been focused on improving the car's ride, suspension and steering.

And in parallel with giving the Corsa a more youthful look, there's a fancy new touchscreen infotainment system to play with. This acts as a portal to all the usual audio functions, plus a wealth of multimedia and Internet connected services via your smartphone.

There's also a nod to the king of personalization - Mini - with a wide choice of trim and colour options, although those with one eye on the finances will be pleased to learn that engine revisions have resulted in lower running costs A new three-cylinder petrol engine promises to blend low emissions and fuel consumption with decent real-world performance.

Our verdict on the Vauxhall Corsa SRi 1.4T five-door

It's hard not to be impressed by the Corsa's on-paper specification. The new and revised existing engines easily match what's already on the market, while the car's looks boast a welcome fashionable edge. In use, the car is impressively refined and easy to live with, while in five-door guise it's practical and versatile enough to impress.

Vauxhall's generosity with the standard equipment has resulted in this Corsa being promoted as a better value proposition than before. Factor in reduced fuel consumption and emissions performance from the revised engines and you should expect lower running costs.

In practical terms this five-door Corsa offers a good level of occupant space and load capacity. It might not be class leading but it should be more than enough for most users. Boot access is straightforward, while cabin oddment space is generous and folding the rear seats requires little effort.

Clear, concise instruments, intuitive controls and light steering all take the effort out of driving the Corsa. The higher-end touchscreen could be a little more responsive, but there's no doubting its comprehensive features.

What the Corsa lacks in outright driver engagement its more than compensates for in terms of refinement. Road and engine noise is minimal, while the supportive seats ensure fatigue isn't an issue on long journeys. Adults won't be rubbing shoulders in the spacious cabin, either.

There's nothing unusual to report here, as the Corsa boasts a comprehensive level of safety measures that will be familiar to buyers across the supermini market. You still use a conventional key - not push button access here - but the anti-theft measures are proven ones.

Like the rest of the cars in this class, the Corsa offers a generous amount of safety kit such as airbags and electronic stability aids. Big car features usually found on more expensive models have also found their way into the Corsa, such as lane departure and blind spot warning aids.

Vauxhall boasts of this generation Corsa benefiting from considerable engineering attention, especially the act of fine tuning the car's ride, suspension and steering for UK roads. The result is a competent car boasting considerable refinement, if not an 'edge' to please ken drivers. The big surprise is the refined 1.0-litre petrol unit, which gives little away to its more powerful stablemates.

A five-door Corsa would make an effective first family car, although you'll likely want to move up to something larger in good time. The car's boot and cabin are a good size, while access to the rear seats is predictably better than with the three-door variant. Still, an Astra or Zafira Tourer might be a better - and larger - longer term investment.

The Corsa remains an excellent choice for a new driver, and many thousands have taken their first drive behind the wheel of one. With intuitive cabin controls, the promise of low running costs and plenty of choice in terms of options it's a car you can't ignore.

Vauxhall routinely does battle with Ford for the general public's affections and it's often a draw. This Corsa lacks the Fiesta's glitzy appearance, but does equally well in terms of a large dealer network and the support of many businesses choosing the small Vauxhall for company car duties.

In five-door guise - there's also a three-door model - the Corsa cabin proves easy to access, be that from the front or rear. The rear door aperture is a reasonable size, which should help when installing a child seat.

Vauxhall's two-pronged approach to entertainment sees it offer a conventional audio unit complete with all the basic functions or a large, touchscreen acting as a gateway to enhanced audio options, navigation and online services.

This generation of Corsa remains an easy car to park thanks to its relatively compact dimensions and electric power steering, although the chunky rear pillars can restrict the view through the rear of the car. Aids such as parking sensors and a reversing camera make life easier if you're not confident in this area.

Space saver wheel or mobility kit depending on model.

Volkswagen Polo High on quality and competence but won't excite you