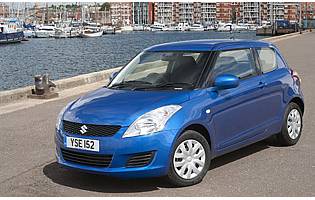 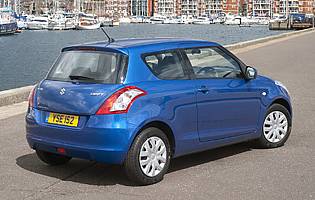 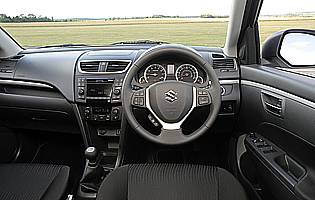 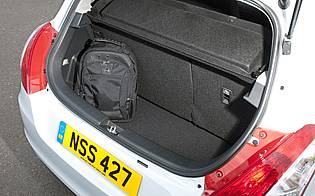 In a few short years the Swift has done wonders for Suzuki's standing and bottom line in the European car market. After specialising in the cheap and the cheerful for years, the Swift proved that Suzuki was capable of much more. And while this model might look identical to its predecessor, Suzuki's general overhaul of the car has resulted in an even more polished performer.

Yes, this really is a 'new' Swift. Keen to further extend the loyalty within the buying community, the car's overall appearance has been tweaked as opposed to changed radically. The end result is something fractionally larger but still instantly recognizable.

The Swift is far removed from the conservatively-styled Far Eastern cars of old. Clearly aimed at the youthful end of the market, it's easy to see why bright exterior colours and an equally bright and breezy marketing campaign might appeal. Inside it's a different story, though. An almost Volkswagen-like cabin ambience is present, although that's a good thing.

Good news: everything is pleasantly presented, and the unfussy cabin layout and sober colours are a refreshing alternative to the """"me too"""" efforts of the Mini-esque copycat artists. Also, front seat passengers have lots of room and there's a surprising amount in the back, and boot space is as you would expect for a car of this size: modest.

While Suzuki might struggle to match the high-end European car makers in terms of actual and perceived luxury, at this level the Swift is more than up to the task. There's no shortage of kit and everything feels built to last. It's only the badge snobs that are likely to lose out.

With the Swift's build quality and refinement on a par with the established European opposition, overall performance is no less impressive. The spacious hatch offers enough room for a quartet of adults, although the boot is modest. Good to drive and easy to own, this updated Swift is genuinely impressive.

In 1.2-litre guise the Swift isn't going to break the bank. It's probably not a car you'll be going far in either, which will no doubt keep fuel and running costs to a modest level. The car's modest image and performance rating should help keep insurance premiums down, too.

It might not be a load-lugger but with a boot that will swallow a suitcase and a little more besides plus the 60/40 split rear seat, the Swift is more flexible than you might imagine. There's plenty of room up front, while those in the back benefit from a decent amount of legroom - so long as you're nimble enough to negotiate the forward folded front seat.

By modern standards the Swift is a modest, basic car. However, all the controls and switchgear are easy to read and use respectively. Everything operates with a European car level of quality, while the high mounted audio unit's controls and display are easy to use. A snappy manual gearshift and a reassuring agilty around town complete the experience.

The Swift's generous cabin dimensions ensure that adults won't be rubbing elbows. Road and tyre noise is low when travelling at urban speeds. This, and engine noise, does pick up on the motorway, although it's still better than average for a car in this class.

There's nothing earth shattering here, although opting for the top-spec Swift does result in keyless entry and ignition. All other cars make do with the regular remote central locking. Everything else is as you'd expect for a low cost supermini.

Obviously it would be foolish to expect Volkswagen levels of safety kit but the Suzuki has trumped a few rivals with the inclusion of ESP and seven airbags across the range.

The Swift proves easy to drive in everyday situations. The steering is light but accurate, while the brakes, manual gearshift and minor controls require little effort to operate. Ride quality is better than you'd expect; pleasingly supple around town and stable at speed. The 1.2 petrol engine is no powerhouse but it is willing and does allow stress-free motorway cruising.

Being a three-door hatchback, don't expect this particular Swift to be the consummate family holdall. For anyone with a new arrival, you'll curse the lack of two rear doors. You'll also struggle to fit a pushchair in the car's boot, which makes the five-door the better choice but three-door a fine second car.

The Swift would make an excellent first choice for anyone seeking something more than a stripped out city car. Easy to drive and park, plus boasting good levels of visibility, running costs are unlikely to break the bank.

No longer a lowly, odd-ball budget brand, Suzuki's offerings have become a genuine alternative to compact cars and small 4x4s from the European players. The Swift might not be up to Volkswagen standards, but it's well built and there's no hint of any compromise.

In three-door form front seat occupants should have no trouble getting in or out. The car's front door opens wide and the raised seating positions help enormously. At the rear there's some compromise but an agile adult shouldn't have a problem slotting in the back.

All models get a radio/CD unit - a pretty generous allowance given the car's modest status. Sound quality is excellent by comparative standards, and the unit is easy to use. Steering wheel controls are a welcome addition, as is USB input. Top spec cars gain an easy to use Bluetooth phone system.

The Swift is an easy car to park at low speeds. The car's power steering offers plenty of assistance. Despite being small, the rear window affords a good view out and the lofty driving position is a great help when looking forward.