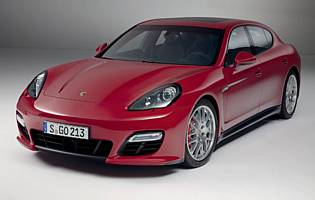 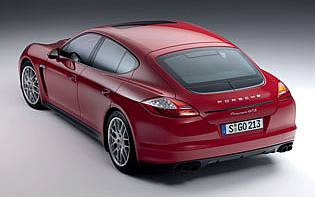 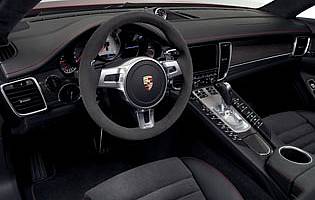 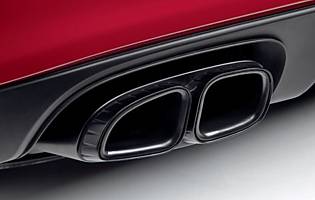 Porsche broke its own rules when it introduced its first ever four-door saloon in the shape of the Panamera in 2009. Offering up considerably more practicality whilst still delivering high levels of driving pleasure, Porsche has now added a GTS model to the range which it is billing as the driver's choice.

Porsche is clearly aiming at a rarefied market with its Panamera, combining the dynamics and appeal of a sports car with the comfort and convenience of something much larger, and as such it is a Grand Tourer in the classic sense of the term. With a variety of engine and transmission combinations already available, the GTS picks some elements from across the range as well as adding some unique features.

The starting point for the GTS is the 4.8-litre naturally aspirated V8 engine that appears in the S and 4S Panameras, but here it is boosted to 424bhp with additional torque too thanks to revised engine management software. The GTS also gains power through a modified induction and exhaust system, the former also included a 'Sound Symposer' which is designed to channel the engaging sounds from the V8 engine into the cabin.

Underpinning the GTS is the four-wheel drive system that appears on the Panamera 4S - there is no two-wheel drive option - and transferring the drive to all four wheels is the seven-speed PDK dual-clutch gearbox, also as standard. Helpfully the GTS comes with the Sport Design steering wheel with paddle shifters mounted behind them; the much-maligned push-button version has been relegated to the options list.

Visually the GTS is also distinguished from its counterparts by numerous elements of black-coloured detailing across the exterior. All around the base of the car, included the rear diffuser, front bumper and side skirts are finished in black, as are the exhaust pipes and window frames. The standard 19-inch wheels are also finished in black.

Our verdict on the Porsche Panamera GTS

Like all the best German companies Porsche is exploiting a niche as much as possible with the Panamera GTS. Slotting in below the Turbo and Turbo S but above the Hybrid and S models, it caters for a driver seeking the most focussed version of this big GT car. Comfortable, engaging, secure and desirable, it certainly ticks all the boxes, but whether it offers enough over the other models in the range is a question for the individual writing the cheque.

There's no escaping the fact that the Panamera is not a cheap car to run. With supercar perfomance there are super bills to follow, It performs like a supercar so will cost as much as one to run, after all. Servicing, fuel, insurance and tax will all be comparable to a high-end 911, something the Panamera equals in terms of the performance.

Beneath the hatchback tailgate of the Panamera is a good-size boot with enough space for suitcases, shopping or golfing equipment. Folding rear seats increase the car's carrying capacity, while the cabin offers plenty of space to store oddments, mobile phones and the like. Rear headroom in the strict four-seater is surprisingly good considering the car's sloping roof.

Dominating the car's cabin is the button-filled centre console. The main display screen located above the console plus the driver's main instruments are an object lesson in clarity. As standard the PDK-equipped GTS has the Sport Design steering wheel with two gearshift paddles - a far superior setup to the optional button-shift wheel which can be confusing even after hundreds of miles.

Despite the Panamera's high performance underpinnings, ride comfort is surprisingly good - especially on poorly surfaced motorways. It will never be as quiet as a Mercedes S-Class but that's part of the car's appeal - it's a four-seat thoroughbred machine. The spacious cabin will please occupants though, with its ability to allow you to relax in comfort.

As you would expect, the usual combination of remote locking and keyless start is available for such a premium-level car like the Panamera. Whether recommended or insisted on by your insurer, a tracking system would make a sensible addition to the car's defenses.

With a host of electronic aids at your disposal, when the driving conditions get tricky the Panamera has been designed to keep you safe when traveling at speed. Of course the car's all-wheel drive system is another noteworthy addition, as are the many airbags in the cabin.

The raw elements of the GTS can't fail to deliver driving pleasure: a powerful and gorgeous-sounding V8 engine, sophisticated transmission and a clever suspension system with plenty of adjustability. With the standard PDK dual-clutch gearbox left to its own devices it is an effortless mile-eater, with a controlled ride. But a couple of button pushes firms everything up and allows the driver to fully exploit the balance, grip and sophistication of the chassis. Yet for all this excellence it only delivers a fraction more than the less-expensive S model.

With sufficient space for even the tallest of teenagers and a decent boot, the GTS could easily tackle regular family duties. But however sturdy the cabin is it would be a brave parent that allowed their youngest to dirty such a high quality interior.

If you have the money it would be hard to say no. The Panamera is, however, a seriously rapid machine - a four-door 911 would be an appropriate description. As such, any novice would likely be overwhelmed by the car's potential despite the ease at which the big Porsche can be driven. Something smaller and less powerful - or advanced tuition - is recommended.

Few manufacturers enjoy an image as strong as Porsche and despite the Panamera pushing at the limits of this image with its unconventional shape, it has a presence and status worthy of the iconic badge. The actual quality throughout the car is also of a very high order, with fine materials and solid constructin.

Being a large saloon, it's easy to get in and out of the Panamera's cabin. Front seat occupants fare the best, thanks in part to the car's wide opening doors. The low seating position - unsurprising for a sports car - shouldn't prove a problem for the average, agile adult. Predictably you are compromised slightly at the rear, but it's no worse despite the car's sloping roof than the Panamera's rivals.

A feature-rich audio unit is the default option, and it's backed up by an easy to use central, touch screen display. Moving up to satellite navigation, the large screen is a welcome bonus. Factor in a Bluetooth phone connection for the complete business class experience.

The high standard specification includes large quantities of leather and Alcantara while those in the front get electrically-adjustable sports seats as standard. With a high window line all around the cabin is a very comfortable cocoon, and with quality in abundance it feels special for all occupants.

The Panamera's size might appear initially daunting but the car's light but accurate steering and the presence of parking sensors make life a little easier, as does the reversing camera where fitted. The low driving position does impact on rearward visibility though, as does the car's thick rear pillars.

Maserati Quattroporte A degree of style over substance, but has most presence in the class