The Macan is a miniature Cayenne but with its own personality 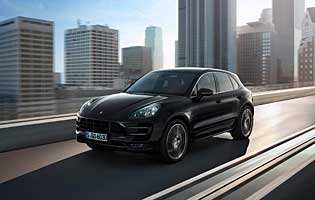 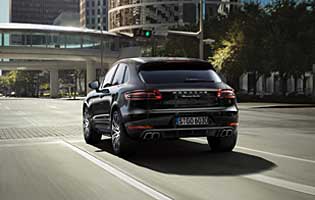 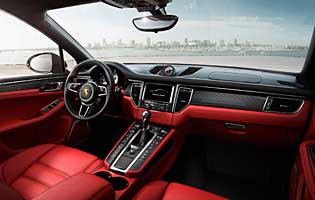 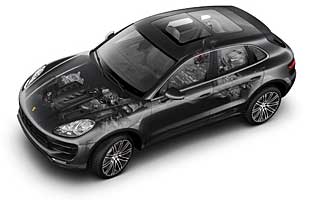 Purists might be loathe to accept it but the reality is that Porsche's Cayenne SUV was instrumental in the firm's financial turnaround over the last decade, and despite fears that it would dilute the brand it has allowed the firm to expand its range. No surprise then that Porsche has now given us the Macan as its mid-sized SUV offering.

The starting point for the Macan is the Q5, the mid-sized SUV offering from sister company Audi. Although that car is four years old now the Macan starts with only the basic elements to produce something which is quite clearly a Porsche in look and feel, and not just a badge-engineered marketing exercise.

Although broadly similar in dimensions the Macan has more in common with its bigger Cayenne sibling than with the Q5. The familiar combination of long, tapered headlights and the family grille gives the Macan the required presence and sporty flavour. It is obviously tall in the SUV mould but rides relatively low on large alloy wheels.

Underneath the attractive exterior the Macan has four-wheel drive as standard on all models, although this is more of a performance factor rather than a nod to any off-road ability. Like the bigger Cayenne and 911 Carrera 4 models, the system runs with the majority of the power being fed to the rear wheels with power diverted to the front only when the system deems it necessary.

The Macan is also one of the more practical offerings in the Porsche range, with its size giving good passenger space front and rear as well as a sizeable boot. One of the main reasons for the success of the Cayenne is that it allowed Porsche drivers who could no longer fit their lives into a 911 to carry on enjoying Porsche ownership and the Macan is clearly designed for the same purpose.

Our verdict on the Porsche Macan Turbo

Capable, appealing, exhilarating to drive and yet comfortable, the Macan is arguably even more enjoyable and well rounded than the Cayenne. It does a remarkable impression of the sportier cars in the Porsche range but is more relaxing when driven with more restraint. Expensive to buy and to run, the Macan nonetheless gives a lot for the money.

Prices for the Macan are not cheap and adding attractive options can quickly see the purchase price escalate.Â More crucially will be fuel costs - even though these are mitigated by stop/start and the clever coasting mode, the Turbo in particular will be an expensive car to fill up.

There's no shortage of head or legroom in the Macan despite its streamlined profile. The boot is large and versatile thanks in part to the folding rear seats. Cabin oddment storage space is also generous.

The Macan adopts Porsche's now familiar approach to the controls layout, which is mostly intuitive and easy to use once you've learnt the location of various minor controls. Dials are large and figures easy to read on the colour screens.Â

Despite the sporty inclination the Macan also offers impressive levels of comfort. The seats are very supportive and widely adjustable, the driving position is good and the ride comfort is consistently impressive even on large alloy wheels. One slight issue is the brakes and stop/start system, which combine to make it difficult to stop smoothly in slow traffic.

Naturally, for a prestige vehicle such as the Macan, a fully featured alarm and immobiliser is standard, while there is the option of a tracking system which would be a sensible choice. Items kept in the boot can be shielded from view with a sturdy load cover and there's additional covered storage in the cabin.

The Macan is big on both passive and active safety with numerous airbagsÂ and the usual array of electronic safety aids. Crucially these can also be turned off if you know what you're doing. The car's all-wheel drive system is, apart from being a performance aid, can also help when conditions are tricky underfoot.

Although the thirsty engine option the Macan Turbo does provide some of the biggest thrills. When driven sensibly the broad spread of torque makes life very easy for the driver, helped by the slick PDK gearbox. When the road conditions are favourable all it takes is a gentle squeeze of the accelerator to achieve very rapid acceleration. The brakes are strong and the handling is excellent for a car of this stature.

The Macan would make an excellent family vehicle while doubling as a suitably upmarket business tool. The rear will comfortably seat three children and there's also room for plenty of luggage. Due to the plush nature of the cabin, the Macan is probably better suited to a more grown up family though.

As much as many new drivers might like the idea of a Macan Turbo, it would be both too powerful and too expensive for most of them to buy and insure.

Any car costing this much to buy should offer a good quality experience and the Macan manages this successfully, the only demerit being the occasional piece of cheap-feeling plastic in the cabin. Although clearly not a pure sports car like the 911, the Macan has the very strong Porsche image to draw from.

The Macan has few issues with accessibility, with a tall body, large doors, good access fore and aft and generous ride height. The full width rear tailgate, which is power operated, also allows generous ingress for the boot.

A large central screen covers the major functionality options on the Macan, and usefully operates as both a touchscreen and also with a twist and press button to make it easier to operate on the move.

As well as numerous colour options the Macan gives the buyer the choice of a black pack, which colours some exterior parts black to significantly change its overall appearance. Inside, the largely dark cabin boasts a premium ambience.

The Macan is not a small vehicle, but it is a very manageable shape and has a good turning circle. Parking sensors obviously help as does the rear view camera. Visibility is good thanks to the large windows and high driving position, and the mirrors are a good size and fold in.