Handsome 208 is a big step forward from the outgoing car 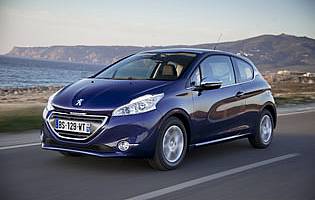 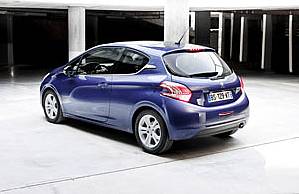 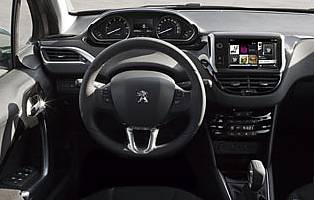 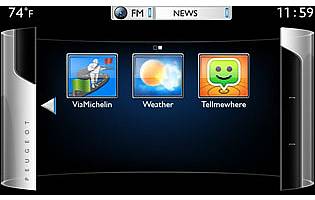 No car is more important to Peugeot than its competitor in the supermini class. The 1980s 205 played a huge part in the company's resurgence, while the 206 sold 7.7 million cars across the world. The outgoing 207 was not quite so successful, hence a great deal of effort is going in to making the 208 a first-class small car.

Although the supermini sector is as competitive as ever, it is a segment that continues to evolve and has therefore shaped Peugeot's approach with the 208. The French firm say they are aiming for the second car and the female market and another important element is increased personalisation, something which has become a common demand for small car buyers.

Peugeot has also addressed one of the problems that beset the previous 207, namely increased weight. Meeting the latest safety regulations and providing a full range of modern electronic features inevitably adds weight, compromising performance and economy. However the 208 weighs up to 110kg less than the comparable 207 without compromising on safety or luxuries.

Mechanically the 208 sticks with a conventional small car layout but it has a particularly broad engine range, including a brand-new three-cylinder unit appearing in a Peugeot for the first time. Stop/start also appears as standard on most models, helping to bring down the fuel consumption and emissions across the range.

In terms of design the 208 appears to be a significant leap forward compared to the outgoing 207. Not only is the exterior very eye-catching and sporty in feel, but the cabin also feels quite progressive with a prominent touchscreen display and an unusual 'head-up display' positioning for the instruments, designed to be viewed over the steering wheel rather than through it.

Compared to the outgoing model the 208 feels like a big step forward. It appeals strongly on an emotional level with the attractive exterior design and impressive cabin, while the attention to detail and impressive driving dynamics contribute to a car that is both fun to drive and cheap to run. Aside from the questionable instrument positioning, the 208 should be on the shortlist for anyone considering a small car.

With a wide engine range and a focus on light weight and efficiency, running costs for the 208 should be impressively modest. Impressively all the 208 diesel options come under the 100g/km barrier as well as the three-cylinder petrol.

Peugeot's aim to maximise the cabin space while decreasing the overall dimensions has been remarkably successful; despite being a significant seven centimetres shorter there is increased rear legroom and boot space compared to the outgoing 207. The layout of the cabin is good too, with a very generous glovebox and plenty of other storage areas around the fascia.

The most important element of the 208's layout is the decision to go with a 'head-up display' style layout, with the instruments sitting higher up and viewed over the steering wheel rather than through the wheel on a conventional car. This has been achieved by fitting a much smaller steering wheel too. It takes some getting used to, as the wheel needs to be adjusted to a lower position than might seem natural, and it will be up to the individual to decide if it suits them. Otherwise the controls are well laid-out and easy to understand.

As well as delivering on the driving enjoyment front the 208 manages the important balancing act of offering good ride quality too, soaking up bumps as well as the best in the class. Noise levels are well managed too, although this does depend somewhat on which engine is chosen and also wind noise does begin to become apparent at higher motorway speeds.

All 208 models are fitted with remote central locking with deadlocks as standard as well as an approved immobiliser. An alarm is optional on all models for extra protection.

The focus on light weight has not come at the expense of safety with a strong passenger cell. All models are also fitted with ESP as standard, which includes cornering brake control too and all models have six airbags as standard.

With a wide range of buyers in mind, particularly some of whom will be young, the 208 has to be fun to drive and thankfully it manages just that. No doubt helped by the surprisingly small steering wheel, the 208 feels very eager and responsive to driver inputs. The non-turbocharged 1.6-litre petrol is sufficiently quick but one of the sprightlier diesels or even the three-cylinder petrol offer a sweeter driving experience.

Although the three-door version could cope with family life the five-door model would make a better fist of it, and would do reasonably well. Bulkier car seats in the rear could leave small children with little legroom or force those in front to shuffle forward, but given the overall dimensions it would stand up to the trials of family life.

The smaller Peugeot's have always been ideal cars for new drivers and the 208 is no different. The combination of value, space, style and an easy to drive temperament will put it in contention with the favourites for first car buyers.

Peugeot has pushed hard to raise quality levels in recent years and the overall finish of the 208 is testament to that. Although not all the plastics would qualify as soft-touch, the major contact points feel of high quality and the use of chrome-effect and piano black detailing also adds to the cabin ambience. Image-wise Peugeot has generally faired better with its small cars, still owing a lot to the original 205. But the 208 should successfully build on that with its looks and driver appeal.

In three-door models the seat easily tips and slides forward, giving straightforward access to the rear, helped by the relatively high roof. It's even better for those in the front with the extra-large doors. Five-door models offer equally easy entry and exit for both front and rear passengers. The tailgate is quite wide although the tail lights do reduce the potential width of the aperture a little.

All 208s from the Active model upwards get a new touchscreen system with a large seven-inch display. The clarity of the display is impressive and it responds well to inputs, and it highlights any selectable options in blue to make it easier to operate, although even then there are occasions when some thought is required to navigate to a particular option. A unique feature to the 208 is on-screen apps offering a variety of extra services including traffic monitoring, travel guides and fuel prices.

The 208's bold exterior is relatively colour-sensitive; brighter shades such as white, blue and silver suit it well yet the more unusual choices on the options list are probably a step too far. On the inside the 208 gives the option of tan as well as the usual grey and black to lighten the cabin, while flashes of chrome-effect and piano black plastic help to boost the quality feel.

With its relatively compact dimensions and small steering wheel the 208 is relatively easy to manoeuvre into small spaces. The thick rear pillar does hamper visibility a little, but rear parking sensors are available as an option on Active models and above that largely eliminates the problem.

Full size spare wheel fitted as standard to all models.

Ford Fiesta Class leader huge fun to drive, not so cheap to buy