An extra pair of doors give more practicality 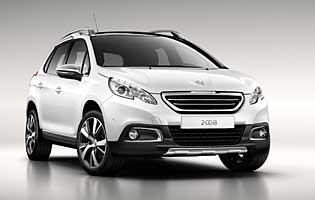 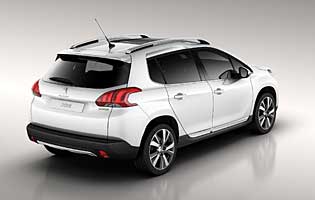 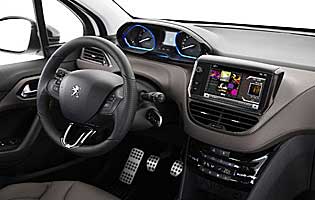 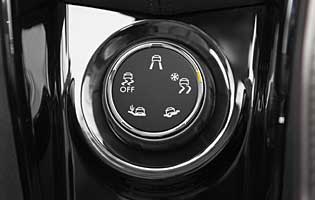 French manufacturer Peugeot is seeking to build on its recent successes by spinning a wider model range from its core models. The 'double-o' models represent the more diverse niche offerings, and the latest of these to enter the fray is the 2008.

Peugeot is in the process of replacing all of its core models, one of the most important of which is the 208. Replacing the relatively popular 207, for many it is the entry into the Peugeot brand. However, a modern and successful car manufacturer needs more offerings that fit outside the normal templates, hence the introduction of the 2008 crossover.

Based on the 208, the 2008 crossover picks up from where the 207SW left off, although Peugeot would argue it is much more than that. 20cm longer and almost 10cm taller than a 208, the 2008 has a significant size advantage over its hatchback sibling. The 2008 has an extended rear and a near-vertical tailgate to make it something closer to an estate car too.

There's more to the 2008 however, as it has some of the trappings of an off-roader. The ride height is raised by 25mm compared to the 208, and it wears additional body cladding and chunkier bumpers. Although the 2008 remains front-wheel drive only and therefore can't be considered a true off-roader, some versions are available with Peugeot's Grip Control system and combined with winter tyres it does offer significantly improved grip in poor conditions.

On the inside much of the 208's cabin is carried over although there are some distinguishing features such as the unique trim packs. Adding unique graphics, trim and smart LED lights around the cabin help to lift it visually, while the extra space in the boot is obviously welcome.

Peugeot's 2008 offers a little something extra over the 208 hatchback, not only in terms of design but also space and practicality. The reassurance offered by the Grip Control system is welcome, and the driving experience is both comfortable and enjoyable. The 2008's biggest problem is a lack of obvious rivals.

With a wide engine range and a focus on light weight and efficiency, running costs for the 2008 should be very respectable especially with the diesel engine options.

With a little extra length to play with the 2008 manages to pack in some extra space into what is still quite a compact exterior. There is a generous boot with the seats up or down and even useful space under the boot floor.

The most important element of the 2008's layout is the decision to go with a 'head-up display' style layout, with the instruments sitting higher up and viewed over the steering wheel rather than through the wheel on a conventional car. This has been achieved by fitting a much smaller steering wheel too. It takes some getting used to, as the wheel needs to be adjusted to a lower position than might seem natural, and it will be up to the individual to decide if it suits them. Otherwise the controls are well laid-out and easy to understand.

The 2008 manages to offer good ride quality, soaking up bumps and leaving the cabin largely undisturbed. Noise levels are well managed too, although this does depend somewhat on which engine is chosen and also wind noise does begin to become apparent at higher motorway speeds.

All 2008 models are fitted with remote central locking with deadlocks as standard as well as an approved immobiliser. An alarm is optional on all models for extra protection.

The focus on light weight has not come at the expense of safety with a strong passenger cell. All models are also fitted with ESP as standard, which includes cornering brake control too and all models have six airbags as standard.

With a potentially very broad range of customers, the 2008 needs to be easy to live with but also fun to drive. No doubt helped by the surprisingly small steering wheel, the 208 feels very eager and responsive to driver inputs. The diesel engines offer the best balance of economy and sprightly performance.

Ideally suited to family life, the 2008 is compact outside but spacious inside and with decent quality throughout should be tough enough to cope with the worst that small children can throw at it.

The 2008 would suit a new driver, although the smaller 208 offers a package more suited to someone buying their first car unless they need to carry several passengers on a regular basis.

Peugeot has pushed hard to raise quality levels in recent years and the overall finish of the 2008 is testament to that. Although not all the plastics would qualify as soft-touch, the major contact points feel of high quality and the use of chrome-effect and piano black detailing also adds to the cabin ambience. Image-wise Peugeot has generally faired better with its small cars, still owing a lot to the original 205. But the 2008 brings more diversity to the range which is certainly a positive step.

With a pair of doors on each side the 2008 is easier to climb into than a three-door 208. The boosted ride height also helps, bringing the seat a little higher up for easier access. At the rear the tailgate opens to reveal a good-sized aperture and easy access to the load space.

The 2008 inherits the same touchscreen system found in the 208, and the clarity of the display is impressive and it responds well to inputs. It highlights any selectable options in blue to make it easier to operate, although even then there are occasions when some thought is required to navigate to a particular option.

With a substantial amount of body cladding around the lower portion of the 2008, brighter colours work better as they offer a pleasing contrast with the grey plastic. On the inside the optional trim packs do provide a more interesting look and feel to the cabin, although some might find the bronze stripes a little too bright.

With its relatively compact dimensions and small steering wheel the 2008 is relatively easy to manoeuvre into small spaces. Parking sensors are available as an option on Active models and above, making life easier still.

Renault Captur Small crossover SUV, appealing inside and out