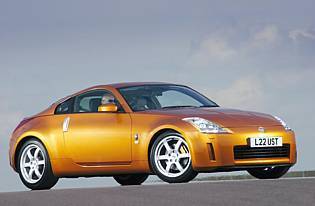 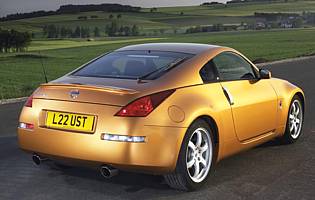 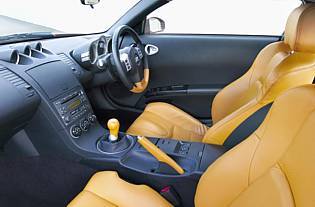 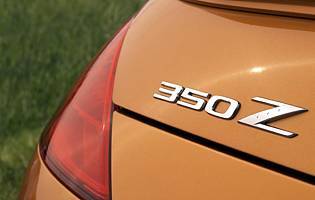 The 350Z is possibly one of the greatest cars to come from Nissan. Although famous now for producing reliable, durable family conveyances, the Japanese firm has a long and illustrious history of building affordable sportscars. The 350Z continues this tradition in an exemplary manner. Designed by enthusiasts for enthusiasts, this rakish-looking coupe is a stunning achievement.

There's nothing better than the presence of a full-on performance car to boost the profile of a brand lacking the strong image of its European counterparts. Nissan was never a stranger to the black art of making its sportscars handle, but what it did lack was an attractive and exciting product with which to lure buyers away from the likes of BMW and Audi.

With the 350Z, the Japanese firm has hit the jackpot. You'll struggle to find anyone with a harsh word to say about the car because it succeeds in ticking all the right boxes - drivability, practicality and kerb appeal - without any major compromises.

In what will come as a shock to anyone stepping out of an Audi TT or BMW 3 Series Coupe, the Nissan is the more focussed performance projectile. You won't find the safe, soft gait of a Micra here, but a firm ride, a razor sharp steering response, an engine that begs to be used and figure-hugging seats. This heady combination also serves as a reminder to anyone who thinks the days of 'proper' affordable coupes are over to think again.

Performance is electric from the moment you turn the key, as the car's twin exhaust pipes emit a sound that would make even a TVR owner jealous. The 350Z's classic front engine, rear-wheel drive layout lends itself well to both long, sweeping A-roads and twisty B-roads. Motorway journeys are less stimulating, though the car is practical and civilised enough to be used as daily transport.

You certainly won't have to slum it in the 350Z, as Nissan has equipped its car with a long list of kit worthy of a model displaying a much higher price tag.

An outstanding achievement from a company more accustomed in recent years to churning out worthy but dull family cars. With the 350Z, Nissan has launched a double-barrelled attack on the establishment and injected a welcome shot of excitement into the coupe market. The few gripes that exist are easily overshadowed by the car's ability to make driving fun again.

Although the 350Z boasts an affordable screen price, it's the post-purchase costs that will figure higher in the ownership experience. Any performance car of this calibre will prove expensive to insure, and the Nissan is no different with a rating of 18E - even with the Thatcham-approved alarm. Fuel and tyres will be another burden on your budget, if only because the car will prove too tempting to leave on your drive. Assuming the car isn't abused, servicing is unlikely to break the bank, especially given Nissan's solid reliability record.

While you don't buy something like the 350Z to ferry the kids to school in, there's little to prevent the car from being your only mode of transport. Although strictly a two-seater, cabin space is reasonable for two adults. Stowage areas in the cabin are sensibly placed and of generous dimensions - especially the large, centrally mounted console cubby. The 'secret' compartment behind the passenger seat is especially useful. Although you'll struggle to transport a furniture flatpack, you will get most things in the hatchback-style boot.

Logical and sensibly placed switchgear is a must in a car like the 350Z. When travelling at speed the last thing you want is not to be able to read the speedo or have to fumble for the windscreen wipers. Thankfully, the Nissan's controls are where you'd expect them, and they work with an almost BMW-esque solid action. The steering wheel-mounted audio and cruise control switches are a welcome addition, as is the fact that the main instrument binnacle moves with the steering column.

Nissan's coupe is a world away from the likes of BMW's 3 Series Coupe - a car designed to deliver a cosseting and comfortable ride. Firm is the buzzword in the Nissan; from the way the seats hold you in place to how the chassis deals with urban undulations. Although never an uncomfortable experience, the upside is that cornering at speed is both safe and secure. The downside is that motorway journeys can prove tiresome as surface imperfections are telegraphed through to your posterior - a small price to pay.

Nissan's approach to security matters is of the usual two-pronged variety: engine immobiliser and alarm. The latter is a Thatcham Category One device, and locking the car is done remotely from the keyfob. Given the lack of space in the cabin, the inclusion of a 'secret' compartment behind the passenger seat is a welcome addition, as is the tonneau cover for the rear loadspace.

Given the fact that the 350Z was designed to deliver thrills at a level that few people will ever reach, safety has not been compromised. Twin front, side and curtain airbags are all present as standard, as are anti-lock brakes and a number of stability and traction aids. The latter can be deactivated, but few drivers are likely to be skilful enough to exploit the car to the full unaided. Also standard on both trim levels are powerful xenon headlamps, making night driving less tiresome.

From the vocal and eager engine to the short, slick gearshift, communicative chassis and responsive steering, all the right ingredients are present. For some, the engine's raucous note will be too much, but for others it'll be enough to make any journey memorable. The 350Z requires your full attention on a twisty back road - an old school coupe to its core, the Nissan isn't adverse to the odd minor tail-slide if pushed hard. That, combined with an abundance of power, is what makes the car so special.

The 350Z gets another black mark, this time because it's unlikely to appeal to the buyer with a family. Unless, that is, the Nissan will be the second car to complement a practical estate or MPV. With only two seats and a limited amount of boot space for accommodating awkward items such as buggies, even taking one child out will be a chore. But to criticise is to miss the point of the 350Z, as it was never designed with broad appeal in mind.

This isn't a car for those of a nervous disposition, and will still be quite a handful for anyone used to modestly powered superminis. Despite the Nissan's ability to play the docile hatch around town, wheelspin and blazing acceleration are both all too possible if you lack finesse behind the wheel. That said, as an upgrade from the current crop of super-hot hatches such as Honda's Civic Type-R, the Nissan does makes sense.

In automotive circles the 350Z can be described as a 'halo model' - a car that its maker hopes will generate numerous column inches and help lift the status of its lesser products. While the Almera and Primera will never be chosen over more exciting European cars, the 350Z's arrival has boosted the brand's status enormously. That the car is consistently held in high regard alongside its European rivals is praise enough. There's also no doubt that the 350Z is a well-built machine, however certain cabin plastics are a let down.

The 350Z is a typical driver-focused coupe. Slide down into the car's supportive seats and the snug driving position is one of the best. Seat adjustment is generous - electric on the GT Pack - and the steering wheel is reach and rake adjustable. The instrument binnacle even moves with the column. Downsides include the car's large doors and the chassis brace in the boot. The former can make egress difficult in confined spaces, while the latter is no friend of awkward loads.

Even in standard trim, the 350Z packs a serious audio punch. Unlike certain German rivals, you don't have to make do with inferior equipment when listening to your favourite sounds. From the factory the 350Z comes with a quality stereo that combines good radio reception with a convenient six-disc in-dash CD changer. The display and controls are logical, if a little small. Steering wheel-mounted controls are a welcome bonus. GT Pack cars gain an upgraded system boasting seven speakers, a sub-woofer and a 240w amplifier. Satellite navigation is not offered.

Of the two solid and four metallic exterior paint options on offer, the company's 'Sunset Orange' is by far the most striking. In contrast, darker hues tend not to show the 350Z's generous curves in a good light. Inside, the Nissan's dark cabin is lifted by a modest scattering of bright trim. Selecting the GT Pack adds black leather seats over the base model's fabric chairs, which can in turn be exchanged for items trimmed in a dramatic orange hide along with the gearstick, handbrake lever and the steering wheel.

Despite the 350Z's modest dimensions, on first acquaintance the car is not the easiest to park and manoeuvre at low speeds. You sit low down behind the wheel, and the car's sweeping rear pillars obscure a fair portion of your vision. Also, the car's wide track and bulging wheelarches can make parallel parking tricky - if you are to avoid scratching the attractive alloy wheels. All the major controls are usefully lightweight though, and in time you adapt to the car's dimensions.