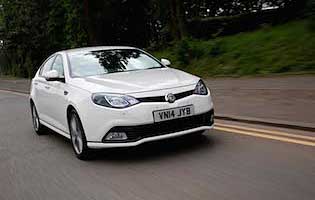 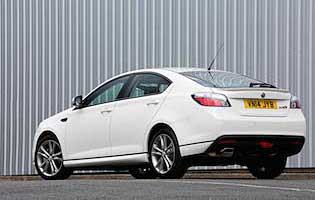 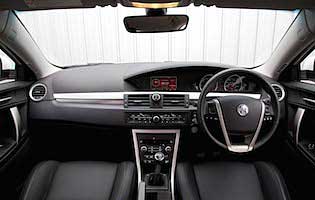 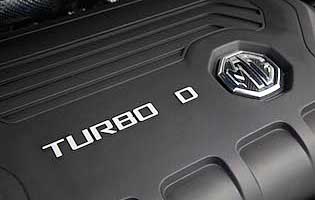 The MG6 represented the start of a revived company supported by Chinese parent SAIC. The MG6 was initially tasked with building on the positive nostalgia surrounding the brand and encouraging prospective buyers to move on from the high profile collapse prior to Chinese ownership.

Keen to demonstrate the ability to evolve and be a competitive alternative to more established mainstream brands, MG has improved the diesel version of its mid-size MG6 GT model.

With economy and CO2 figures forming the basis of most purchases - at least in the business car environment - a reduction of 10g/km of CO2 to 129g/km plus a modest economy uplift from 53.5mpg to 57.6mph should make the MG6 that bit more appealing.

In truth this brings the MG6 diesel closer to its mainstream rivals but won't worry them, as some might rightly expect the car's CO2 rating to be lower still. Before casually dismissing the MG6 don't forget that it's still early days for the firm.

Factor in a surprisingly good drive and ride performance and you could almost forgive the MG6 for coming up short in the environmental department. However, its cabin lacks the polish of something from Ford, Vauxhall, Volkswagen and the like, which does make the car's asking price a little high.

Our verdict on the MG MG6 GT DTI-Tech TSE

As relaunches go, it's been a subtle one for the MG6 and it has slipped in under the radar of many buyers. There's no question that the car promises much, partly due to the above average way it drives. However, it doesn't quite deliver the low numbers company car drivers are focused on, while cabin quality and ergonomics lag behind even the rapidly improving Korean brands.

In high spec trim this MG6 is rubbing shoulders with more competent rivals, so you'll really need to be a fan of the brand to make a commitment. That said, the revised diesel is cleaner and more economical than before but you'll need to do the sums to see if it's worth the extra outlay.

The MG6 offers a little extra space in all departments over a conventional compact family hatch. Although no limousine, it can carry five occupants in a good degree of comfort. The large boot is a bonus despite its high load lip, but cabin storage is only average for the class.

From a distance the car's cabin looks well laid out, although closer examination reveals some penny pinching and less than ideal ergonomics: the steering wheel buttons are fiddly, while the audio unit's main controls could be clearer. And you'll find a more intuitive sat-nav interface in many of the MG's mainstream rivals.

A well-controlled ride is a pleasant surprise and the engineering that has gone into the suspension has paid off. Noise levels are quite well managed and the seats are comfortable too, although the front chairs could do with more lateral support.

The entire range comes with an alarm and immobiliser system as standard, and the reasonable insurance groupings could not have been achieved without close attention being paid to overall security.

All MG6 models have comprehensive safety equipment including ABS with traction control, airbags and a strong safety cell.

Well-weighted controls including surprisingly heavyweight steering makes regular driving straightforward, with decent pull from low engine revs. Pressed a little harder the revised diesel unit becomes a little noisy, but the performance is strong and the chassis is more than capable of handling the power - no doubt something that will surprise the critics.

With good space all round the MG6 can certainly carry out family tasks, with the only possible grumbles likely to come from back seat occupants who would prefer a little more space. If you're really serious you'd probably opt for a more appropriate people carrier, though.

In high specification diesel guise this MG6 will likely be a little too pricey for first timers, although the car itself is easy to drive. An MG3 or similar supermini might be a better choice if cash is tight.

This MG6 is supposed to set a new standard for the company, and on initial evidence it is somewhat mixed. Overall build quality appears of a good standard but the materials used are good in some places and less so in others. The MG image still trades heavily on its sporting car back catalogue, despite the MG6 being a clean-sheet design.

The five-door only MG6 means front seat occupants having the easiest means of entry. Those in the rear seats have to contend with the sloping roof, which reduces the amount of headroom slightly. The boot has a generous hatch, although the loading lip is relatively high.

Boasting a CD/tuner offering auxiliary and USB input plus a satellite navigation system, sound quality is good regardless of input, but the steering wheel controls are fiddly while the general button layout is poor and the sat-nav function looks and feels dated.

MG has gone for a mix of conservative and bold exterior colours and surprisingly it works best in the latter, emphasising the design. Inside the overwhelmingly predominant colour is black, and despite the illumination it remains quite a dark cabin.

The MG6 is not so large that parking is a difficult task. Parking sensors are fitted as standard, which are a useful addition, as the rear three-quarter view is a little restricted.

Spare wheel on a steel wheel located in the boot floor