Diesel MG6 is no different visually to the petrol model 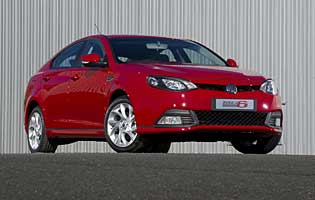 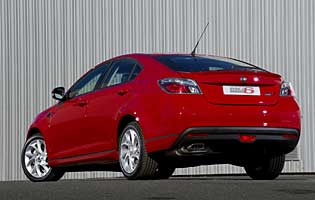 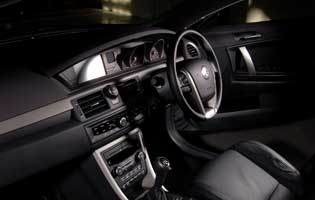 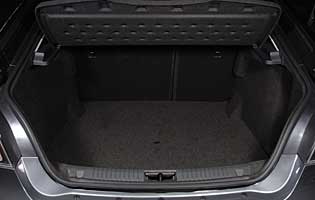 The first all-new car to come from MG since 1995, the MG6 represents the start of a revived company supported by Chinese parent SAIC. Following the introduction of the first models in 2011, MG has now added a diesel engine to the mix alongside a number of revisions to boost its appeal.

The MG marque, in the UK and abroad, is still one that is held in deep affection thanks to a back catalogue of sporting cars with a broad appeal. After a period of rebirth where the MG TF has been produced in limited numbers, the brand is relaunching in a more significant manner with a number of brand-new products planned in the next few years beginning with the MG6.

Arguably the main sticking point with the original car was the petrol-only range, but this has been resolved with the introduction of a new 1.9-litre diesel engine. Designed and built in the UK, the new engine is also mated to a brand-new six-speed gearbox, giving the MG6 the mechanical specification it needs to compete with key rivals.

The exterior design is modern and attractive and avoids heading down the road of retro design. The conventional hatchback shape tapers quite heavily towards the rear, but the strong stance and distinctive nose give it character and should make it an instantly recognisable car out on the road.

Elsewhere that have been a series of detail changes throughout the car in response to customer feedback. There have been adjustments to some of the cabin materials including the steering wheel, the power steering system has been recalibrated and the suspension has been revised to cope with the extra weight of the diesel engine.

Our verdict on the MG 6 Diesel DTi-Tech SE

Even as a value proposition the MG6 Diesel has some tough competition from mainstream manufacturers. The new engine and transmission are crucial and a big step forward although it can't match the efficiency of key rivals. However it drives very well, is spacious and good value - only some of the poor trim and minor niggles let it down.

The relatively low initial purchase price is a big help in terms of costs as is the low insurance premiums. Fuel consumption is considerably better in diesel form although far from the class best.

With dimensions that are outside of the regular C-segment template the MG6 offers a little extra space in all departments. Although no limousine, it can carry five occupants in a good degree of comfort. The large boot is a bonus too, but inside the cabin there are few useful storage areas which is a pity.

On first acquaintance the MG6's cabin has a sensible and clear layout, including smart instruments and clearly-labelled buttons. Closer examination reveals some penny pinching and less than ideal controls: the steering wheel buttons are too light and difficult to manipulate for example.

A well-controlled ride is a surprising strength given that the MG6 has quite a sporting focus, but the engineering that has gone into the suspension has paid off. Noise levels are quite well managed and the seats are comfortable too.

The entire range comes with an alarm and immobiliser system as standard, and the low insurance groupings could not have been achieved without close attention being paid to overall security.

All MG6 models have comprehensive safety equipment including ABS with traction control, airbags and a strong safety cell. ESP is now standard across the petrol and diesel range, which is an important improvement.

Subtle tweaks to the MG6 in diesel form have added to the driving experience in a positive way. The diesel unit itself is relatively refined and smooth, although when pulling away a decent slug of revs are required to avoid stalling. On the move there is good torque available and the six-speed gearbox offers good quality shifts. The ride is comfortable despite being quite sporty and overall it gives the impression of being a well-sorted and capable car.

With good space all round the MG6 can certainly carry out family tasks, with the only possible grumbles likely to come from back seat occupants who would prefer a little more daylight and colour to the trim.

One strong factor in the MG's favour is the low insurance groupings, making the initial purchase price a little easier for a new driver to cope with. Whether a freshly-qualified driver wants an MG or not is mostly down to personal taste.

With the previous MG dating back to the mid-1990s the MG6 is setting a new standard for the company, and on initial evidence it is somewhat mixed. Build quality appears of a good standard in terms of actual construction, but the materials used are good in some places and less so in others. The MG image still trades heavily on its sporting car back catalogue, although the badge-engineered cars of the 1990s and 2000s are less positive.

The four or five-door only MG6 means a door for each passenger, with front seat occupants having the easiest means of entry. Those in the rear seats have to contend with the sloping roof which reduces the amount of headroom. The boot has a generous hatch too, although the loading lip is relatively high.

SE models come with a CD/tuner offering auxiliary and USB input plus a satellite navigation system. Sound quality is respectably good regardless of input, but the steering wheel controls are so light that can be difficult to use on the move.

MG have gone for a mix of conservative and bold exterior colours and surprisingly it works best in the latter, emphasising the design. In less adventurous colours it can look a little anonymous. Inside the overwhelmingly predominant colour is black, and although the illumination helps it remains quite a dark cabin.

The MG6 is not so large that parking is a difficult task. Parking sensors are fitted as standard which are a useful addition, as the rear three-quarter view is a little restricted. A rear view camera is fitted to SE and TSE models which makes life even easier.