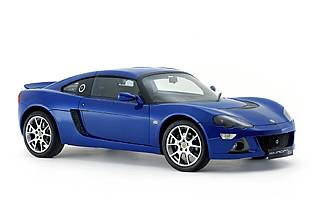 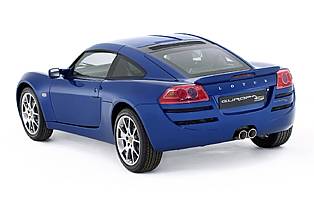 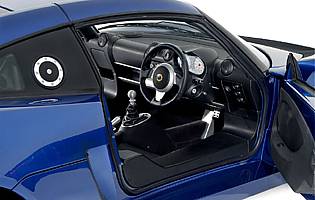 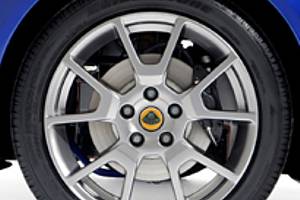 Lotus has added to its range of sports cars with the introduction of the Europa S. Designed to offer a greater level of refinement and practicality that the current range while still delivering the exceptional performance and handling that has become synonymous with the brand, the Europe will compete with established rivals in the sector.

The Europa's exterior owes something to the Elise and Exige, being very similar in size and stature. At the front the Europa has unique headlights and a slim grille, but otherwise it retains the very low nose of its sister cars. The Europa is more different from the windscreen back, with a higher fixed roof for improved headroom and ease of entry. The rear of the car also features a near-conventional hatchback for better boot access.

Inside there are more similarities with the Elise, which include the use of ProBax seats on all models. Designed specifically with posture and comfort in mind, they claim to put the spine in the correct position for better comfort. The dashboard layout is simple and clear, with a few small storage areas, although the cabin remains relatively short on space.

Mechanically the Europa is like other Lotus products in recent years, with a mid-mounted engine behind the seats and rear wheel drive. One key difference in the Europa is the use of a turbocharged engine. This GM-sourced unit provides ample power for relatively little weight, with the intention of providing more relaxed progress than the high-revving, lower torque engines used in other Lotus products.

The Europa marks an important change in focus for Lotus, as it seeks to expand its range and entice new customers. Rather than being solely focused on performance and handling, the Europa is designed to appeal to buyers who are used to greater levels of comfort and refinement, and who may well be coming from another brand.

Our verdict on the Lotus Europa Europa S

By taking on established coupes in the sector, the Europa faces a difficult task. Its lightweight construction and compact dimensions added to the traditional Lotus values means it has the performance and handling to beat the opposition. Conversely, these same factors means it cannot match them for refinement and comfort, and arguably coupe drivers are looking for a mix of fun and usability. The Europa is a coupe for the focussed driver.

For the level of performance on offer, the Europa provides reasonable running costs. Driven with restraint the efficient 2.0-litre petrol engine can deliver decent economy as well as straightforward maintenance. Insurance may be an issue however, as it falls into the highest grouping.

The compact dimensions and intimate cabin leave little room for anything other than the two occupants. Once inside head and legroom are decent, although elbowroom is limited. A small storage area behind the seats and a boot behind the engine do give some room for luggage, but the shape is slightly awkward and anything much larger than a big sports bag will not fit.

The minimalist nature of the Europa means the interior layout is refreshingly simple. The centre console houses only the ventilation controls which are stylish aluminium rotary knobs, although they are deep set which makes it difficult to see the top of the graduations. A small series of simple push buttons to the right of the steering wheel controls the lights, while the speedometer and tachometer are simple and elegant.

Although clearly not built for outright comfort, the ProBax seats deliver respectable comfort levels, even though there appears to be little padding. At lower engine speeds there is little noise from the petrol unit, but exhaust drone, tyre rumble and wind noise do intrude considerably more than rival cars.

With a standard fit alarm including remote central locking and an immobiliser, there is a good level of security for what is a desirable car. Anyone serious about theft prevention should consider an aftermarket tracking device as a secondary line of defence.

With outstanding grip, acceleration and braking performance, the Europa has an impressive level of active safety. Traction control is also available as an option. As standard the Europa is fitted with driver and passenger airbags, which is a useful addition.

Anyone considering a Europa will be doing so mainly because of its ability to deliver high levels of driving pleasure, which it does with ease. The 2.0-litre engine responds quickly to inputs, and the high torque output at low revs brings rapid acceleration from low speeds. The stiff suspension comes into its own at speed, with virtually no roll to speak of and substantial grip. The steering is direct thanks to the lack of power assistance, and gives superb feedback. In ordinary driving the directness of the controls and the hard ride can be tiring, but when driving at speed it comes into its own.

A very small and enthusiastic family may enjoy the Europa's performance - as the second car in the household, but in all other respects a two-seat car such as this is unlikely to serve the needs of a family.

First time car buyers should steer clear of the Europa, however tempting its charms may be. Its high performance, sensitive steering and chassis and generally poor rearward visibility make it a car for experienced drivers only.

The lightweight construction of the Europa makes it more susceptible to rattles and noises that may be attributed to a lack of quality, but it is actually well finished from decent materials. The image of the Europa is built on the Lotus image of high performance and superb handling, although its still has to build a reputation as a car in its own right.

Getting in and out of the Europa is quite a challenge and requires practice, as the door aperture is narrow and the car is very low to the ground - the roof is at waist height on most people. Once mastered it is less difficult, but still much more taxing than an ordinary car. Access to the boot is simple thanks to the decent tailgate, although luggage will get warm thanks to its proximity to the engine.

The DAB unit fitted provides excellent sound quality and good station reception in FM or DAB mode, although its regular size and mounting on the far side of the cabin can make it difficult to operate from the driver's seat.

The majority of the surfaces are black or silver, in plastic or bare aluminium, all of which are relatively hard to touch, and cold when the outside temperature is low. Despite the promise of improved luxury, the Europa cabin still feels lacking in overall refinement.

The Europa presents a number of problems when parking, most notably the poor rearward vision. Forward vision is much better, but the steering is heavy at parking speeds, and that can make manoeuvres quite taxing for the driver.