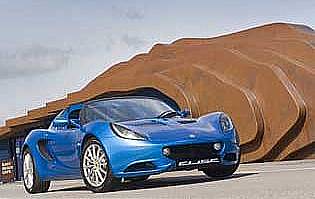 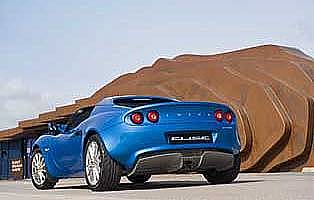 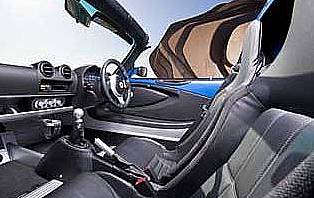 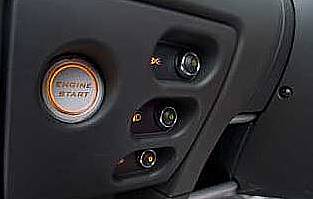 Lotus' best-selling model has been revised for the 2011 model year, bringing reductions in CO2 emissions but not performance. Sleeker and more efficient, it aims to continue to attract a hardcore of driving enthusiasts.

The Lotus Elise is by far the iconic, Hethel-based sports car manufacturer's most successful model. The total production since its introduction in 1996 is only 30,000 examples, but that equates to a third of all the Lotus cars ever built. The compact, two-seater, mid-engined soft-top model has achieved cult status amongst keen drivers over the years with various high-performance versions being unleashed. Yet it is in its base form that many consider the Elise to be the purest driving experience.

The revised version for the 2011 model year has undergone changes across the board, the biggest of which is the under the engine cover behind the two seats. Although it remains for the higher performance R and SC models, the 1.8-litre Toyota engine has been replaced by a smaller capacity 1.6-litre unit in the base model. Built in Wales by Toyota, the 122kg unit produces 134bhp using Dual-VVT-i and Valvematic adaptive valvetrain systems.

The exterior has also undergone some changes, with 254 new parts giving the Elise a sharper exterior look. LED headlamps are key to the success of the exterior styling; a new front bumper, clam, access panel, engine cover and cooling grilles are subtle but equally important. At the rear, the diffuser is more prominent - its larger size balances the aerodynamic changes at the front. A drag coefficient reduced by four per cent combined with the more economical engine has resulted in CO2 emissions of just 149g/km.

The Elise's weight of 876kg is key to its on road poise and performance, so the interior remains striped out in order to keep weight low. Regardless, some new kit such as cruise control is available and customers can add touring and performance packs to the basic equipment level to increase comfort and usability.

Our verdict on the Lotus Elise Elise 1.6

There was not a great deal of room for improvement within the diminutive frame of the Lotus Elise, but the Norfolk-based manufacturer has found a number of ways to beneficially alter if not directly improve outright performance in the base model. They key ingredients of a raw and involving driving experience and race-honed balance will continue to attract keen drivers, while sharper looks and reduced emissions are a bonus.

Considering the level of performance on offer, the Elise continues to provide superb performance. Insurance will be a high grouping but the running costs of the 1.6-litre unit have been drastically reduced in terms of combined consumption and road tax banding. That said, driving the car hard, as is intended, will still burn fuel rapidly.

The compact dimensions and intimate cabin leave little room for anything other than the two occupants. Once inside head and legroom are decent, although elbowroom is limited. A small storage area behind the seats and a boot behind the engine do give some room for luggage, but nothing larger than a sports bag will fit.

There's little scope for confusion with the controls within the Elise. The driving position places the steering and gear shift perfectly and the column controls are stubby but traditionally located. The small cabin means some of the neatly finished buttons are tucked out of sight but all are within easy reach for the driver. Mirrors will need to be adjusted manually however, and, where present, the cruise control operation is fiddly. The two-dial binnacle is compact but easy to read.

The Touring Pack offers additional soundproofing, but even with it in place the Elise continues to suffer a noisy interior. With the engine positioned directly behind the occupants and with driver and passenger sat so close to the floor and the wide, grippy tyres, the lightweight body struggles to contain road and engine noise. The streamlined shape means there are no annoying whistles, however. Extremely comfortable ProBax seats are also thankfully carried over from the old model.

With a standard fit alarm including remote central locking and an immobiliser, there is a good level of security for what is a highly desirable car. The removable roof is sturdy and locks into place firmly but is cloth, and therefore less secure than a metal variant.

With outstanding grip, acceleration and braking performance, the Elise has an impressive level of active safety. Traction control is also available as an option. As standard the Elise is fitted with a driver's airbag, and four-point harnesses are available instead of regular seat belts in a bid to offer far superior support.

Reducing the engine capacity has had no negative effect on the Elise's basic and raw driving appeal. The engine suits being revved hard, the adaptable valvetrain boosting performance as the engine revs closer to the redline. The non-power steering is sharp and hugely responsive - the powerful brakes only lightly assisted to offer maximum feedback. The Elise offers the kind of rear-drive balance and driving thrills that are often reserved for considerably more expensive vehicles.

The Elise is not a car that fits in with family life particularly well, unless considered a second car for parent-parent or parent-child excursions. Owners can forget about carrying any sort of pushchair and the low slung seats mean children would struggle to see over the dash-top, anyway.

The small stature and great looks may appeal to younger drivers blessed with a reasonable budget, but the Elise remains too uncompromising in its sports focus to be considered a sensible vehicle for the novice. Its high performance and difficulty in parking would be too excessive for most new drivers.

The lightweight construction of the Elise makes it more susceptible to rattles and noises that may be attributed to a lack of quality, but it is actually well finished from decent materials. Inside and out, build quality looks and feels strong. The Elise continues to boast an excellent image as a focussed and aspirational sports car. The design revisions boost this appeal.

Getting in and out of the Elise is quite a challenge and requires practice, as the door aperture is narrow, the car is very low to the ground and there's a wide boxy sill to negotiate. It's easier to get in and out without the roof in place. Access to the boot has been simplified through the addition of an internal boot release, although the aperture remains much smaller than the boot itself.

The centrally-mounted single DIN radio and CD player offers good reception and reasonable sound quality, however the buttons are small and can be hard to operate on the move because of the shaky nature of the car's very firm ride. An iPod connection is available, which is a bonus.

In white or the sparkling blue metallic paint, the revised Elise looks like a genuine miniaturised supercar. The LED lights give the model a more modern look and, while not merely for show, the rear engine cover and larger rear diffuser give the Elise a more aggressive look. The compact interior benefits greatly from the addition of the Touring Pack, with leather lining to the doors, around the centre console and for the seats. The metallic trim features a sporty brushed finish.

The Elise presents a number of problems when parking, most notably the restricted rearward vision. Forward vision is much better, but the steering is heavy at parking speeds, and that can make manoeuvres quite taxing for the driver.