Range Rover Sport is a formidable sight on the road 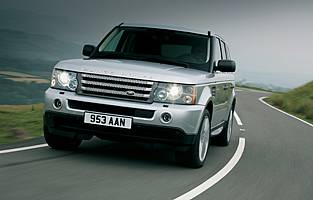 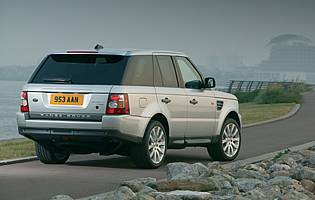 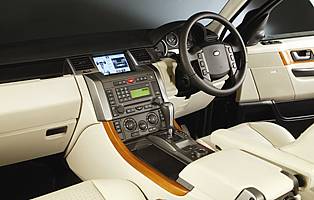 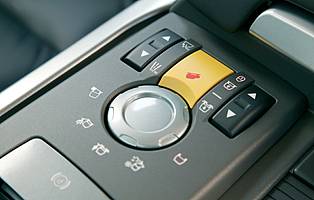 The Range Rover Sport has slotted so neatly into Land Rover's line-up and proved so popular that it's easy to forget that it's only a recent addition. Originally available with a diesel and two petrol engines, Land Rover has replaced the mid-range 4.4-litre petrol engine with a torquey but less thirsty twin-turbo 3.6-litre V8 diesel unit.

Exclusivity is one thing, but appearing unattainable when you're fighting in a competitive market is quite another, so Land Rover was on to a winner when it added the more affordable Ranger Rover Sport to its line-up to accompany the enduring Range Rover. The model looks very similar to its bigger brother and shares the same luxurious specifications and off-road ability but not a single panel with the original model. It's marginally smaller, but more importantly has sportier, more aggressive styling to attract a younger audience.

It was a success from the off, but customers were limited to a single diesel engine option - a turbocharged V6 that, despite the Ranger Rover Sport's lightweight aluminium body, didn't offer particularly sprightly performance - or two thirsty petrol engines.

It is the introduction of a new twin-turbocharged V8 diesel, replacing the 4.4-litre V8 petrol and its fuel consumption of less than 20mpg, which has really set the Sport's ball rolling. Following its arrival Range Rover Sport sales increased by 52 per cent. Also available in the Range Rover model, the TDV8 saw demand for diesel powered Range Rover products increase by 145 per cent towards the end of 2006.

To compliment the slicker looks and a slightly more ground hugging profile on the exterior the sports ethos is carried over inside, too. A sportier, compact driving position with a raised centre divide and gear-lever platform is less stately and more aggressive than in the Range Rover. It carries less of an air of grandeur and more of an air of purpose. Perhaps most importantly, it does it for less money.

The TDV6 engine option remains the cheapest way into the Range Rover Sport but the TDV8 combines bullish performance with acceptable economy. Available in HSE trim only, it's considerably more expensive than the V6 option but the newer engine makes bludgeoning a path across any surface a relaxing and enjoyable experience. A comprehensive set of systems for tackling more arduous terrain is the icing on the cake.

The Range Rover Sport is cheaper than its bigger brother but still a fine machine on and off-road. The TDV8 engine also brings power and performance to customers who previously may have been put off by the petrol variants' enormous thirst. Insurance groupings for the performance models are naturally higher than for an average SUV, but not astronomical. Running costs are likely to reflect those of a capable sports car.

It's roomy, but legroom for rear passengers isn't as plentiful as you might assume. Regardless, it will seat five adults and take all of their luggage with ease. The split rear tailgate is a useful touch, but in terms of practicality the real star of the show is the Sport's off-road ability. The Terrain Response system is operated by simple knobs and switches mounted behind the gear selector and choosing the right setting will allow the SUV to cope with anything you can throw at it - from snow and ice to sand and boulders.

The Range Rover Sport's compact dials and neatly designed switch packages might come as a shock to anyone expecting something more utilitarian or agricultural. The switchgear is all very 21st century and mostly integrated into a crowded but easy to navigate centre console. The pedals, steering and gear select are very light to the touch, and the rest of the knobs and buttons have an impressive solidity to them.

The Range Rover Sport's plush leather, well placed adjustable driver and front passenger armrests and myriad of luxury touches mean it's as comfy as they come. The engine mounts have been specially developed to dampen the diesel unit's vibration and combined with the cabin's impermeable sound deadening make the SUV superbly quiet and refined inside. Auto headlamps and memory seats are standard on the TDV8 HSE.

It's no surprise that the Range Rover Sport features cutting edge security technology such as an ultrasonic alarm and autolock on drive away function, but the car's beefy stature lends itself to security also. Catching a glimpse of what lies in the foot wells or boot is made difficult thanks to high window lines and there's ample storage inside to keep valuables out of sight.

A high-rise SUV design comes with its own obvious safety benefits as does four-wheel drive - but the Range Rover Sport is loaded with safety systems and equipment too. Airbags, big brakes, EBD, DSC and brake assist are all present. Most impressive is Adaptive Cruise Control, which maps the road ahead to keep a pre-selected distance from the car in front. A visible warning and buzzer activate if you close in too rapidly.

The driving position gives a commanding view of the road and the twin turbo V8 diesel offers magnificent performance in spite of the Range Rover Sport's considerable bulk. The torquey unit and smooth six-speed auto provide swift and seamless acceleration and the SUV stops and corners better than it has any right to thanks to huge Brembo brakes and the Dynamic Response handling system. It falls short of providing a genuinely sporty drive due to light steering with limited feedback and a weight induced reluctance to change direction quickly - but you would have to be pretty unreasonable to hold that against it.

A smart, safe and speedy way to shift a family from A to B, the Range Rover Sport is an excellent choice. The TDV8 means pace doesn't need to be sacrificed to avoid the family finances taking a battering and there are options aplenty to keep younger passengers entertained. A highly capable load-lugger, it's well suited to family life - but you'll need to measure your garage first.

The normal process is to start out small and work your way up, but Land Rover has deliberately targeted the Range Rover Sport at a younger audience. A cheaper, sportier, more viable version of the bells and whistles Range Rover it may be, but the Range Rover Sport is still too expensive to be considered as the first rung of the ladder for most.

Granted, SUVs in general tend not to have the most caring-sharing of images in current climes but there's little denying Range Rover retains its stance as the original premium SUV. The Sport is less exclusive than the Range Rover but can turn heads at 50 paces. Build quality seems to be of a good standard, while even on the large wheels and low profile tyres there is little in the way of shake or rattle.

The Range Rover Sport is the perfect height to step in and out of with ease and good size doors provide plenty of easy access. The rear hatch is split allowing just the upper portion to be opened or the whole tailgate, which is useful when back up against a wall.

The test car benefited from a startlingly expensive combination of Premium Ice pack, TV tuner and rear twin screen entertainment system all of which turned the Range Rover Sport into a mobile entertainment centre. A remote control enables the rear passengers to take care of themselves without distracting the driver and the sound quality is excellent. Failure to tick the right boxes removes many of the toys, but the TDV8 has a Harmon Kardon eight-speaker system, six-disc changer and premium sat-nav as standard.

The TDV8 come in HSE trim level only, which means premium leather and a choice of wood or metallic grey trim. Material quality is very good and everything is solidly attached with storage lids slamming firmly shut and nothing flimsy to break. No fewer than 14 exterior colours are available and the range of interior shades has been well chosen to suit.

Front and rear parking sensors give ample warning to drivers of the TDV8, although the high driving position, square shape and big mirrors make the Range Rover Sport surprisingly easy to slot into spaces. The obvious limiting factor is its outright size, which does pose problems in tight car parks. Super-light steering makes easy work of multi-point turns, though.

Porsche Cayenne V8 S and Turbo are rapid, but no diesel and controversial styling