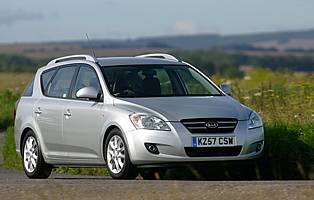 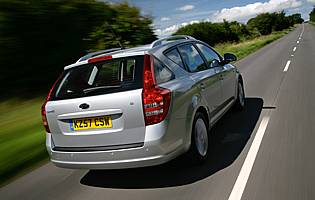 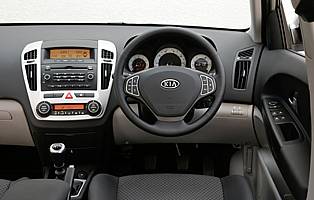 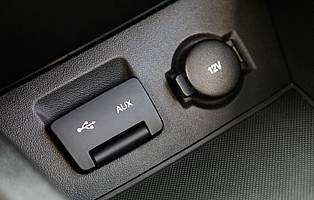 Kia's cee'd is playing an important role in the Korean manufacturer's master plan to become a big European player within the next decade. Starting out life as a five-door hatchback it's now become an estate - but Kia has done more than simply facelift the rear end - putting real thought into the Slovakian built model.

The quirkily named cee'd is fast becoming a Kia sub-brand in its own right. The range was christened with a five-door hatchback that caught the established opposition off-guard with its build quality and refinement. The SW is the second phase of the C-segment family car's campaign on Europe, phase three coming courtesy of the snazzy three-door Pro-cee'd.

Keen to get away from its reputation for cheap and cheerful motoring, Kia has built on the quality that was immediately evident in the five-door hatch and strived to produce a vehicle of equal merit with the SW. Like the hatch, the SW is built at Kia's Zilina plant in Slovakia and features three engine options - a high and low power 1.6-litre diesel and a 1.6-litre petrol. According to the company a two-litre diesel could be on the cards according to customer demand.

Starting slowly and building up, Kia expects modest sales of the cee'd SW although the seven-year, 100,000-mile bumper to bumper warranty being offered is sure to garner interest. The company is convinced that the recent trend towards mini-MPVs is slowly shifting back to family estates but is still aware that estates count for less than ten per cent of C-segment sales. Considerably more than half of those sales are diesels - hence the two oil-burning options in the cee'd SW line-up.

The SW uses the same floor-pan and wheelbase as the hatchback but has been extended by 235mm at the rear for additional luggage space and also had the roofline raised 10mm for extra headroom. With almost 200-litres of extra room in the back compared to the hatchback the advantage of the SW is plain to see.

Starting with a small line-up and the promise of more to come if demand is high enough is a strategy that's worked well for the cee'd SW and allowed Kia to concentrate on getting the fundamentals right. The car's overall quality, ride comfort and practicality are the equal of its Euro opposition and with a more varied engine line-up the cee'd SW could happily hold its own.

Excellent mpg from both diesel units and low emissions should keep both the bank manager and neighbourhood wildlife happy. Insurance premiums shouldn't come as an unexpected surprise either. While it's doing it's best to shed the economy motoring image, Kia is still keen to keep its products very competitively priced and the Cee'd SW is no exception. An excellent seven-year 100,000-mile warranty means the company offer excellent value.

The cee'd SW will seat five adults comfortably with ample legroom and headroom has been improved over the hatchback. Clearly, the boot is very generous and a real incentive to pick the SW over the hatch. There's a further 55-litres of storage in trays under the boot floor, too. A chilled glove box may prove handy on summer holidays, but don't put your road maps in the door pockets as man sized hands will struggle to retrieve them.

The cee'd SW is the first Kia to feature the indicator stalk on the ""British"" left-hand side. The dials are up-market - reminiscent of those found in a particular German premium manufacturer's models in fact, and look the part with their white backings and easy to read red symbols on black centres. The centre console is also a compact and intuitive design with the audio controls separated from the clear-as-day ventilation arrangement.

Firm, supportive seats combined with a smooth ride make the cee'd SW a comfortable cruiser, and air-con is standard on the GS with the LS featuring no-holds-barred climate control. The LS also features electric windows all-round, but the GS model lack luxuries such as magazine pouches for rear passengers.

Press a button on the cee'd SW's folding key and the car is deadlocked, alarmed and immobilised in the event of an attempted break-in. Under-floor boot storage also helps keep valuables out of sight.

Kia says its own crash tests point to an excellent safety rating for the cee'd SW thanks to a progressively deforming shell and a host of passive safety aids. ABS and EBD aim to help drivers avoid impacts but front and rear airbags are there in case one occurs. As well as locking the doors once the vehicle is on the move, the cee'd SW also unlocks them in the event of an accident to prevent a quick exit or easy access for emergency services.

The high-power diesel is by far the most impressive of the engines, requiring much less input than the petrol unit to get the car up to speed. It's also refined at cruising pace and torquey enough to require infrequent gear changes, which is probably a bonus as the lever lacks feel. The cee'd SW rides extremely smoothly and handles well with limited wallow thanks to fully independent suspension.

A classic choice for the young family, the cee'd SW is a cost effective, modern and practical family car. Kia believes that the trend towards mini-MPVs is waning in favour of estate versions of family cars. If it's right, the cee'd SW will stand it in good stead with families looking for a sensible small estate.

The hatchback will probably prove more popular then the SW for younger buyers, in terms of street cred and because it's available with the 1.4-litre petrol unit.

Quality is vastly improved over Kias of old and the cee'd SW looks and feels sturdy, lovingly crafted and well designed. It's contemporary styling means it fits in on European streets perfectly and while it's unlikely to turn heads on the motorway, you'll be far from ashamed to admit it's your car.

After stretching the back end, Kia has gone to great lengths to ensure the rear of the car remains useable in tight spaces - chiefly by recessing the boot door hinges 225mm into the roofline. The result is a boot door that requires 72mm less room to be opened in, upwards and outwards. It's a simple idea but the effects are immediately noticeable. The four passenger doors are well proportioned and open to a wide angle.

Naturally, the cee'd SW comes with an MP3 compatible CD player built into the centre console but it also has a USB and auxillary input which allows an iPod or even a simple memory stick to be plugged straight into the sound system. Your digital files will be played through a six-speaker system and audio controls are built into the steering wheel for maximum convenience.

There's nothing too outrageous about the range of colours available for the cee'd SW, probably as the car is aimed primarily at the fleet market. Of the seven shades available five are metallic, and the model looks handsome enough in all of them. Only the top two (GS and LS) trim levels have been carried over from the hatch. All models have 16-inch alloy wheels but the LS features black part-leather interior as opposed to the blue or grey cloth of the GS, and a metal grain centre console which adds a light and airy feel.

The SW is longer than the hatch, but not enough to cause any parking issues. The reverse angle C-pillar does cause some obstruction to visibility through the last quarter but the rest of the windows are big and provide good visibility to the sides. Reversing sensors are standard on the LS, but not the GS.

Peugeot 307 SW Roomy and with an MPV feel