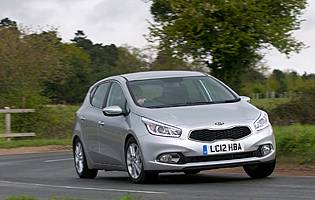 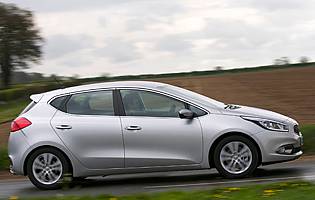 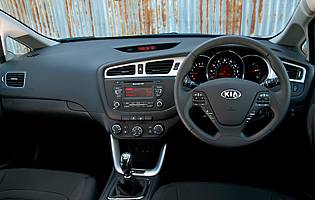 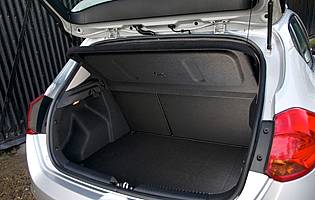 Kia's most important car is its C-segment challenger, the Cee'd. Designed to take on some of the most popular and best selling cars in the market, it has to meet ever-increasing standards in the most competitive segment. The Cee'd also represents the first of a new generation of Kias designed with European buyers in mind.

Key to the Cee'd's acceptance in buyers' minds is the fact that it has been designed in Europe for European tastes. It's also built locally, which allows Kia to better match demand with supply. This second generation Cee'd aims to improve on the surprise hit of the first-gen car, with improved quality and dynamics, better kit and more polished exterior styling.

After a polished debut, second time around there's no room for complacency in terms of the car's overall performance though. This sharper-looking car deserves nothing less than being compared alongside existing rivals like Ford's Focus and Vauxhall's Astra. Certainly, build quality in many areas is at least a match for such cars, although Kia still has a way to go to match the dynamics of Ford's benchmark Focus.

One thing that's immediately obvious, though, is that the Cee'd's exterior is clean and fresh. It also represents a clear step forward in design for Kia. Although still a little conservative, it is not so radical as to alienate potential buyers. Models with larger alloy wheels fitted as standard are the most appealing visually.

Inside, the cabin of the Cee'd is of a significantly improved quality over its predecessor, and buyers of competitive cars will be impressed by the quality of materials on show. A further impressive feature is the design itself, which is easy on the eye and functional.

Compared to previous Kia offerings, this Cee'd is a big step forward. It's a strong rival for the current best cars in the class, and although it is not class leader in the handling department, it offers impressive build quality, good equipment levels and a good driving experience. It continues to offer good value, which should help to tempt increasing numbers of buyers.

With Kia's increased focus on economy and emissions controls, running costs are likely to be very competitive thanks to low fuel consumption and subsequent tax outlay. The car's competitive initial purchase price backed up by a generous seven-year warranty.

The Cee'd scores highly for practicality, making the most of its interior space. Head and legroom is impressive both front and rear, while the boot space is also generous. There are also plenty of useful storage areas throughout the cabin, from door bins to the glovebox and central console behind the handbrake.

The revised interior layout of the Cee'd is impressive, with a well-designed centre console, housing clearly labeled buttons and switches. The instruments are also clearly marked out and features like the steering wheel audio controls make it easy to use the car's various features when on the move. The optional sat-nav presents users with clear graphics and an intuitive menu system.

There's no question that comfort levels within the Cee'd are generally good. Wind noise is well contained, as is tyre noise. The engines are muted unless pushed hard. The seats are also supportive and comfortable. Only the car's occasionally ride on exceptionally poorly surfaced roads counts against it - something the mainstream rivals cope better with.

The Cee'd comes with a familiar collection of kit, including a standard engine immobiliser which is Thatcham approved plus remote central locking. For added peace of mind you might like to add visible deterrent such as a steering lock.

The Cee'd comes with plenty of airbags to rival its long-standing rivals, while electronic stability control is also present but not intrusive when on the move in challenging situations.

Along with overall quality, Kia has worked hard in recent years to boost its cars' driving dynamics. The Cee'd is a good example of this work, and it's a responsive and easy car to drive. It can't quite match the polished Ford Focus and Vauxhall Astra, but the Cee'd is closer than it's ever been which is a good indicator of progress. All engines offer adequate performance and enhanced economy over the previous models, while Kia's first DSG gearbox is a fine attempt with just a few niggling rough edges.

If a compact people carrier isn't on the shopping list, there's no reason why the Cee'd can't be a seen as an alternative choice. It can fulfill this role well, with sufficient interior space to cope with a family of five. The audio system will also help to keep a larger family entertained.

Although a little larger than many first time buyers would require, the Cee'd would make a very good first car thanks to its ease of use qualities. The car's versatile audio system and long warranty would also likely prove attractive to those buying their first car.

After a lot of hard work by Kia this Cee'd easily feels up to European standards inside, and the increase in quality over some low cost rivals may well influence buyers in their purchasing decisions. The inclusion of a generous warranty has also had a positive influence on purchasing decision and puts all its rivals in the shade when it comes to aftersales care.

In five-door trim the Cee'd is easily accessible for all, with wide opening doors front and rear and a large tailgate. There are also chunky grab handles and generous footwells, making entry and exit simple.

A big benefit on the Cee'd is the availability of an MP3-enabled CD/tuner as standard on all models, with the addition of an auxiliary and USB connections and Bluetooth The sound quality is good too, aided by the use of good quality speakers. The audio controls mounted on the steering wheel and the main controls on the fascia are easy to understand, while the optional sat-nav is also straightforward and boasts a clear mapping graphics.

In keeping with Kia's newfound 'premium' direction, the Cee'd's cabin is predominately black with dark plastics and upholstery. The outside can be configured in equally sober colours, although the facelift has brought some added chrome and headlight sparkle to the party.

And easy car to park, the Cee'd is boast light and accurate steering plus good forward visibility. One minor demerit is the thick rear pillar, which can obscure the driver's view when reversing if you don't want to fully trust the parking sensors.

Volkswagen Golf A quality product that's satisfying to own and drive

Renault Megane Revised version much improved with excellent diesels. Bias is towards comfort