Shark-nose front end is unique to the XKR-S 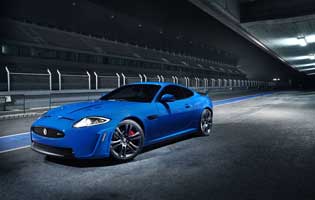 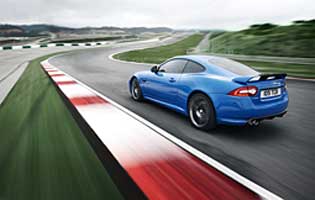 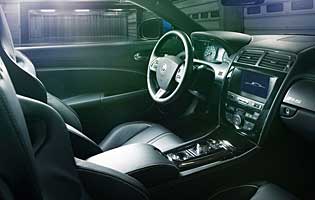 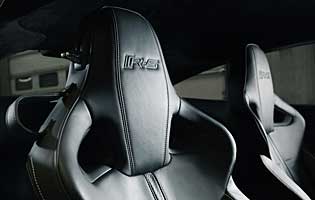 Despite the huge attention give to the brand-new F-Type, Jaguar remains a luxury sporting manufacturer that always offers a range of performance cars and since 2006 the main focus has been the XK. Jaguar has followed up the high power XKR with an even more extreme version dubbed the XKR-S.

Despite now being the oldest car in the Jaguar range, the XK is a highly capable machine in any of its guises. The sophisticated aluminium construction and the impressive range of V8 engines puts the XK on a par with pricier opposition. The same applies to the high-performance XKR, which has supercharged power to make it the fastest car in the range.

The XKR-S is the most extreme XK to date, and has a number of enhancements over the standard XKR. Although it uses the same supercharged V8 of the standard car, in the XKR-S it receives an increase in power and torque. To take full advantage of the extra power the speed limiter has been raised to 186mph, making it the fastest production Jaguar since the XJ220 supercar.

With the extra potential for high speed, the XKR-S also benefits from aerodynamic tweaks such as a revised front splitter beneath the bumper and a larger rear spoiler, cutting lift at higher velocities. The suspension has also been substantially revised and the adaptive dynamics system has been reprogrammed to give the driver maximum fun with the security of a safety net.

There are enhancements on the inside too, most significantly the adoption of standard sports seats with electric adjustment. Offering excellent comfort and the kind of support required for a car with this much performance they are a welcome addition. Unique alloy wheels are lighter than those fitted to the XKR with unique tyres too.

Our verdict on the Jaguar XK XKR-S

With the changes made the XKR-S moves the Jaguar into near-supercar territory, with terrific acceleration, handling and grip. The changes to the exhaust also it offers a lot more aural excitement, and there is much less of the refined GT car about it compared to the regular XKR. That makes it a very exciting proposition, albeit an expensive one.

There's no hiding the fact that the XKR-S will be an expensive car to run. Fuel, insurance and servicing costs are all in the executive performance bracket. Although the car's 5.0-litre V8 boasts modest consumption and emissions levels, if driven enthusiastically you will still be stopping frequently to fill up.

The XKR-S is not a small car, yet its cabin is more snug than spacious. Two adults can sit in comfort without rubbing shoulders but the downside is only a modest level of oddment storage - a little frustrating if used for long journeys. The limited rear seat space is reduced still further by the big sports seats - they are only suitable for children big enough not to need a child seat. The car's boot is reasonable though, and can swallow a few soft bags with ease.

There's a mix of technology and the traditional inside the XKR-S, with the touchscreen system and the slightly old-fashioned dials. Some of switchgear is beginning to feel a little dated, although in truth it all works very well.

The new sports seats offer superb support and comfort over long distances, and with everything turned down even exhaust noise is modest at motorway speeds. The ride is significantly firmer than the standard car and so bumps are felt more sharply, although only the worst imperfections cause any disruption in the cabin.

With a car like this it's important to feel secure. Jaguar provides a comprehensive security package including a cutting-edge alarm system and a keyless-go system. There is, however, no substitute for a safe garage and a tracking device.

For all its performance potential, the XKR-S is no different to any other XK and comes with a high level of safety equipment. Airbags and electronic stability aids are in plentiful supply, while the bonnet can pop up in the event of a pedestrian impact to reduce injury.

Anyone familiar with an XKR will recognise how the XKR-S drives, but the whole experience is cranked up several levels. The noise coming from the exhaust when the engine is revved hard is spectacular, along with the subsequent performance. On occasion the traction control system has to work hard to keep it in check, and yet when driven sedately the XKR-S can still be used every day.

It would be wrong to be critical in this department because the XKR-S hasn't been designed to be a family car. The car's boot is a reasonable size, making the Jaguar versatile in the context of being the second car in the household.

While the XKR-S doesn't present any particular challenges when driven at modest speeds, its potential ensures that only an experienced driver will likely be able to confidently take the reins at higher speeds. And that's before you factor in the running costs - especially insurance.

Consistent improvements in Jaguar's quality standards means that the overall standard is relatively high, if not the best in class. The occasional piece of substandard plastic trim is visible in the cabin and some of the switchgear is a little outdated, however on balance the overall experience is a positive one. Furthermore, Jaguar as a brand benefits from a tremendous amount of goodwill from fans and buyers alike.

Being a coupe, this XKR affords front seat occupants easy access and egress. The rear seats, on the other hand, are little more than ornamental. The XK coupe is also a practical car in a conventional hatchback sense. Consequently, loading and unloading is easy.

As well as refinement, Jaguar is also well known for its audio systems. Keen to offer buyers the best of everything, the standard fit unit should satisfy all but the most demanding audiophile. It's MP3 and Bluetooth compatible, and offers the ability to store music on a hard drive plus the ability to connect an iPod.

For a large Jaguar coupe the XKR-S is available in some much brighter shades than you might expect, and because of the more aggressive appearance it suits such shades well. On the inside there is plenty of leather and so darker shades work best, picked out with some metal-coloured details.

Although the rear view out of the XKR-S isn't that special, the car's parking sensors make up for this in a surprisingly good way. You will have to be careful as the car's large alloy wheels are prone to damage.

BMW M6 More refined and less focussed, but a little cheaper too