Diesel cars are getting cleaner, but will your next car be electric? 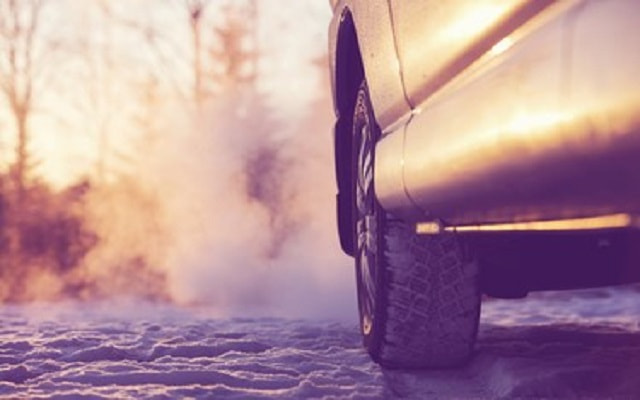 In its November 2017 budget, the UK government announced a series of steps designed to tackle the increasingly serious issue of poor air quality in some cities. These included a £220 million Clear Air Fund, a £400 million boost to improve the charging infrastructure for electric vehicles (EVs) and a Vehicle Excise Duty (VED) on sales of new diesel cars. The move follows an earlier proposal to ban the sale of new petrol and diesel cars by 2040, and echoes similar measures being taken by governments around the world. Countries including France and Norway have announced they want a total ban on fossil fuel-powered cars in the coming decades, and even China is trying to cut diesel emission levels.

2040 is still a very long time away - two thirds (67%) of drivers agree that the ban's so far off that they doubt it will affect their choice of car for years to come - and diesel's still the best choice for many, but at the same time, things have never looked better for electric vehicles (EVs). They’re not the only viable alternative to diesel or petrol - hydrogen-powered tech is also developing steadily, for example - while future petrol and diesel engines will surely be cleaner too. But given their zero emissions (at least at the point of use), increasing capabilities and widespread state support, EVs are fast becoming a serious choice for most drivers thinking about buying a car. So what are your options? How will the new diesel tax work? Will there be a scrappage scheme? Are there incentives for buying electric cars? And how did everything change so quickly?

Diesel – where did it all go wrong?

You could be forgiven for being a little confused about the controversy over diesel cars. In the early 2000s, amid growing concern over greenhouse gases, we were encouraged to buy diesel cars because they emit less carbon dioxide than their petrol counterparts. So why the sudden change of heart? Over recent years we've got a better understanding of the health effects of Nitrogen dioxide (NO2) emissions and it has also emerged that diesel exhausts aren't as clean as the standards, which new cars have to meet before they go on sale, predicted they should be. According to a recent report from the Royal College of Physicians and the Royal College of Paediatrics and Child Health, air pollution plays a part in around 40,000 early deaths a year.

In 2015, two significant developments brought the issue to a head. In the UK, the Supreme Court found that the government had consistently breached EU limits for NO2 in the air and had to take action. And tests by a number of independent organisations across Europe revealed that, under normal driving conditions, some diesel engines were emitting more than ten times the legal limits of nitrogen dioxide. More stringent standards have now been introduced for new car models but this hasn't stopped the 'demonisation' of diesel in the press and calls for older cars to be taken off the roads or stopped from entering city centres.

You could argue that low emission vehicles were coming into their own anyway, following such successes as the Toyota’s hybrid cars and Tesla’s range of fully electric cars. But the pace of change is faster now and all major car manufacturers have accelerated their EV plans. Volkswagen, Volvo, BMW, Jaguar Land Rover, Honda and General Motors have all pledged to increase manufacturing of EVs, with some companies even promising to go electric, or at least hybrid-electric only.

Is there an electric car grant?

All this excitement over electric cars is all very well, but are they affordable? We’ve done a lot of research into how people view electric cars, and we found there were a few common misconceptions. The lower running costs of EVs was understood but many drivers were concerned about the higher purchase price. You can actually get quite a bit of help if you’re thinking about going electric. In the UK, the government is offering grants for qualifying plug-in cars or vans. The grant divides vehicles into different categories based on how far they can travel without emitting any CO2 at all. The maximum discount you can qualify for is £4,500 but beware if you have expensive tastes - you won’t get it on any vehicles that cost over £60,000. At the last count in early 2016, 63,000 drivers had taken advantage of the plug-in grant.

You can also get a grant for installing an electric car charging point at home – which is also cheaper than people think. Our research found that most people estimated the cost to be £1,200. In fact, putting a charger in costs just £800. And if you take advantage of the £500 government grant, the whole thing could only cost you £300.

How will the new diesel tax work?

Under the current VED car tax system you pay a CO2-based first year rate followed by a standard rate of £140 (unless it's a zero emission vehicle or has a list price of more than £40,000) per year. In the Autumn 2017 budget the chancellor announced that the first year rate for new diesel cars first registered after 1 April 2018 will be calculated as if they're in the VED band above. This means for instance that a Ford Fiesta might be hit with a an extra £20 car tax charge whereas something like a Porsche Cayenne could be subject to a £500 rise. This extra charge won't apply to the cleanest diesel cars that meet a new standard called Real Driving Emissions Step 2. This is quite a demanding standard though and it could be a while before cars that meet it are available to buy. New models introduced from 2020 will have to meet the new standard.

As sales of diesel cars are already falling amid air pollution worries, the relatively conservative nature of the levy was broadly welcomed. "This Budget avoids a fallout on the forecourts, and has set the scene for the future of motoring," said AA president Edmund King.

Will there be a diesel scrappage scheme?

While the British government has not yet launched a scrappage scheme of its own, it was one option featured in its clean air plan. Local authorities may start such schemes from the £200m they will be allocated for dealing with air pollution. London mayor Sadiq Khan has made his own proposal, saying up to 130,000 low-income families should be given £2,000 to help them get rid of their old diesel car. Meanwhile, more and more dealers are offering favourable trade-in deals on older diesel cars. Volkswagen, Mini, Mercedes and Audi are among the brands offering up to £8,000 to drivers of diesel cars that are over seven years old.

If you own a diesel car, don’t worry - the army isn’t coming around to impound it tomorrow or anything. Diesel regulation may take a few years to take shape, so it’ll be a while before petrol and diesel-fuelled cars are in the minority on British roads. But even before the latest changes, our research suggested there could be over 500,000 electric and plug-in hybrid vehicles in use by 2020. Sales of new ultra-low emissions vehicles (ULEV) have doubled over the last year, with 63,000 drivers taking advantage of the grant for plug-in cars. So – as happens sometimes – change might come faster than you think.