How to use your fog lights and drive safely in fog

If you’re driving in foggy conditions, visibility will be poor. Sometimes, you might only be able to see a few metres ahead.

Find out how to drive in fog, including our tips on how to stay safe and how to use your fog lights. 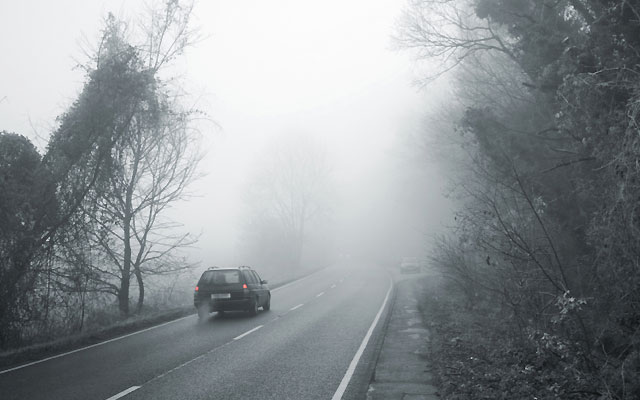 What are fog lights?

Fog lights are extra front and/or rear lights on some vehicles that are designed to make it easier to see and be seen in foggy conditions.


What’s the difference between fog lights and headlights?

When fog reduces visibility, the moisture in the fog reflects the light from normal car headlights back, making glare worse.

The difference between fog lights and normal headlights is how they cut through fog to reduce glare:

Normal headlights aren't angled downwards in the same way and are mounted higher up on the front of the car.


Does my car have fog lights?

You can check your dashboard, steering wheel stalk or vehicle hand book to see if your car has front fog lights.


When should you use fog lights?

Fog lights can help you to see and help other drivers see you if the weather is very misty or foggy.

If you’re not sure, it’s best to use your common sense. You don't have to use fog lights, but your insurer might take issue if you're in an accident in poor visibility and they weren't on.

What if you have automatic lights?

Check whether you need to switch yours on manually. And watch out for almost-invisible cars whose drivers haven’t got theirs on.


How do you turn fog lights on?

There's often a button or switch on your dashboard which will have the front and/or rear fog light symbol on. 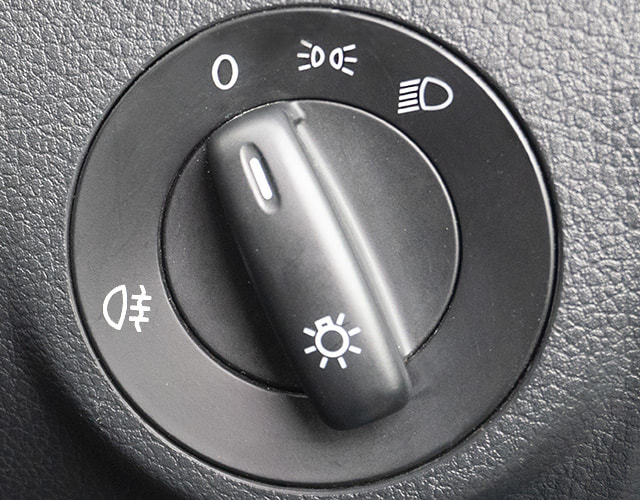 Some cars control the fog lights through the steering wheel stick. Look for the fog light symbols and twist the stick to the right position to turn them on.

The front fog light symbol shows a lamp with slanting lines of light in front of it, pointing left. The lines of light are intersected by a wavy line which represents the fog.


How to drive in fog

The Highway Code has guidelines for driving in fog. They explain what you should do and shouldn’t do when it’s foggy.

Top tips for driving in fog:


What you shouldn’t do when driving in fog:

Remember that when it’s foggy, it can be harder to tell if other vehicles are moving. Many accidents happen because drivers don’t realise that the car in front of them has stopped. That’s why it’s safer to slow down and leave a bigger stopping distance.

If it’s foggy or misty, the roads might also be wet, which means it could take longer to stop.

Find out how bad weather can affect stopping distances.


Fog lights and the law

Fog lights can be helpful when conditions are very misty or foggy. But you could be penalised if you use them at the wrong time. The Highway Code states:

“You MUST NOT use front or rear fog lights unless visibility is seriously reduced (see Rule 226) as they dazzle other road users and can obscure your brake lights. You MUST switch them off when visibility improves.”

Never use fog lights when visibility is clear. If you do, you could be given a Fixed Penalty Notice with a £50 fine.

Can you use fog lights instead of headlights?

No, you should never use your fog lights in place of your headlights. If one of the bulbs in your headlamps is blown, make sure you get it replaced as soon as possible.

Perform regular car maintenance checks before you start your journey. That way, you’ll spot any problems with your lights before you get caught in the dark.