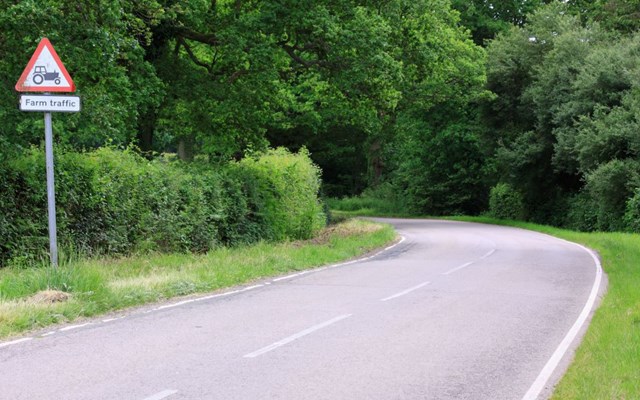 For the unsuspecting city dweller, the countryside can be a disorientating place. Friendliness, kindness and unselfish behaviour are alarmingly common and sincerity is widespread. But while country people may be alarmingly straightforward, the same cannot be said of country roads.

Often winding, dark and prone to disappearing under water of uncertain depth, safe driving on rural roads can be a challenge for even the most experienced city drivers. This is especially true when city-slickers are forced to use unfamiliar rural roads to get to popular events in the countryside, for example, Glastonbury festival, other music festivals and airshows.

So what's so different about country roads? What are the differences between urban vs rural driving? And what can you do to cope with them?

There are far more fatal collisions on rural roads than on urban ones. 72% of all road deaths occur on country roads, the figures suggest, so it could be very useful to understand what makes them so different from city streets. Such as:

Country roads are often curvier and narrower than city streets and avenues, and you often can't see what's around the next sharp corner. There's every chance you could suddenly come across pedestrians in the road, cyclists, horse riders, slow-moving farm vehicles or other vehicles turning out of a side road.

You'll quite often find roads without pavements as well, increasing the possibility of coming across pedestrians in the road as well as cyclists, and riders.

In some cases, you may have to drive on dirt roads. Loss of control is a common factor in fatal accidents on rural roads, so keeping an eye on your speed and your stopping distance is even more important than usual in the countryside.

Driving in the dark

A common shock for cityfolk is exactly how dark it gets at night in the country. Many areas don't have streetlights and lack the warming neon glow of 24 hour supermarkets and fast food places. You'll need your headlights on full beam, just make sure to dip them if you see another car.

You may come across a stretch of road that's completely underwater due to flooding. Unless you know the road, you don't know how deep the pool is or what's under there. You should avoid driving through flood water that's moving or more than 4 inches deep. If you come up against serious flooding, turn around and find another way. If you unintentionally drive into the water, take it very slowly and be ready to reverse out if you need to. When you come out on the other side, test your brakes to make sure they haven't been affected by the water. Find out what to do if you break down.

If you find yourself behind a tractor, there's a few things you should keep in mind. They can be longer than they appear, such as when they have a loader on the front. Tractors are only obliged to use brake or indicator lights at night, not during the day, so they can turn a little unpredictably.

It's best to keep plenty of distance behind a tractor and make sure you have lots of room to get by if you want to overtake. Also, bear in mind that tractors often only take short journeys, so you might to want to wait and see if they turn off before overtaking.

All creatures great and small

Nearly a billion farm animals are reared in the UK every year, and Britain has an abundance of wildlife. You'll most likely encounter some kind of beast on countryside roads, but it doesn't have to be a problem. Although rural areas might seem like a playground for wildlife, some of the worst hotspots for animal collisions actually include motorways and other places close to cities.

It's not unusual to get trapped behind a herd of cows or have to wait while a flock of sheep cross the road. You can overtake them if you have to, but make sure you have plenty of room and do it slowly. Don't rev too much or blow the horn as you might spook the animals. The same goes for driving near horse riders.

In some cases, it'll be better to wait or follow the animals until the road is clear. If so, maybe roll the windows up, as the country air might get a little too... fresh.

Should I brake for small animals?

Swerving sharply or braking suddenly to avoid small animals is potentially more dangerous than hitting them. At least to yourself and other road users. But, if you're prepared for the possibility, driving defensively and looking well ahead there should be no reason to hit anything. Although most animals remain unfamiliar with the highway code, some are quite smart, and are even learning about roads.

What about bigger animals?

It's a different story with larger animals, which is why areas where you're likely to encounter them are often signposted. Keep an eye out for signs indicating cattle or wildlife crossing signs and be extra-alert when you're driving in those areas. Be particularly careful during May, October and November, when accidents involving deer reach a peak. But don't panic - there are a number of ways you can avoid deer collisions or make them less serious when they happen.

Commonly seen on country roads, especially in Scotland and our national parks, a cattle grid (or 'cattle grate') is an obstacle designed to keep animals from escaping from a field or enclosure via a road which passes through the fencing. It's usually just a shallow, rectangular hole in the ground covered over with metal bars. The spaces between the bars are big enough for animal hooves to pass through but not wide enough to trouble a vehicle.

Cattle grids are designed to be driven over, so if you just slow down a bit when approaching them, you should be OK.

Mobile coverage in the countryside

Overall only about 6% of land in the UK is built on, while it's estimated that less than half of Britain's landmass has mobile coverage. So it's not unusual to lose signal while driving in the countryside. It might therefore be helpful to warn passengers that they might not be able to check Facebook or Twitter for minutes at a time. As horrifying as that sounds, they can always save any blurry pictures of cows or fields and post them later on.

The good news is, even if you can't use your phone for calls, it won't be completely useless. The GPS will still work because it depends on satellites, rather than the mobile network. (That's how your satnav still works even in mobile blackspots.) So there are a number of map applications you can download in advance which you can use even without a mobile signal.

If you rely on a streaming service for your in-car music needs, you might want to download your favourite playlists and albums for offline listening before you make the trip into the wild green yonder.