Adding a named driver to your cover

Whether it's your best friend, your sister or the prodigal son pleading to borrow the car, we all sometimes lend our wheels to friends and family.

If you'd like to share your car (or are pestered into it), adding a named driver onto your insurance will give you peace of mind. It'll mean someone else can drive your car and you'll both be covered if anything happens.

Find out what a named driver is, and how and when to add one to your policy. 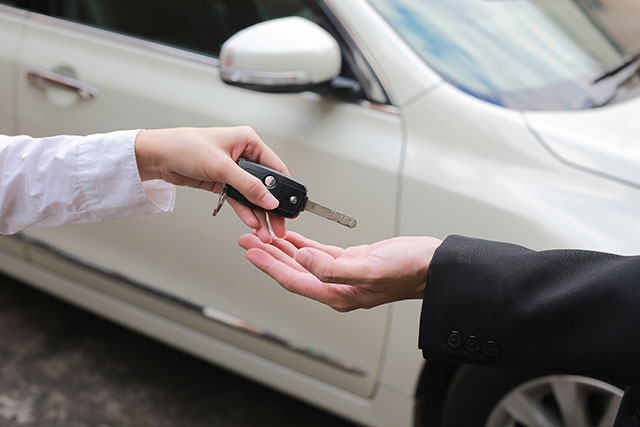 What is named driver insurance?

What cover does a named driver have?

If you've got a comprehensive insurance policy, then all drivers on your policy will have the same level of cover.

How do I add a named driver to my insurance?

Adding someone to your car insurance is simple. You just need to get in touch with your insurer and let them know the details of your additional driver(s).

Make sure to include full details of any convictions and claims they might have or you could be committing insurance fraud.

How much does adding a driver to car insurance cost?

There isn't a set cost. When you contact your insurer to let them know you'll be adding a driver, they'll consider:

There will probably be a fee to pay to adjust your policy to include a named driver, but this should just be a small one-off amount. The fee could be made of two parts: the premium increase, and an admin fee.

Will a named driver affect any no-claims discount I might have?

Once you've added additional drivers to your policy, your no-claims discount will still build up as normal.

If a named driver on your policy has an accident where they're at fault it'll likely affect your bonus because, although it wasn't you who was driving, you'll have to make a claim on your policy and your insurer will need to pay out.

If you're the named driver, having a few years of driving on someone's policy could also benefit you. If you take out your own policy after being a named driver on one of ours, we offer a named driver no claims discount.

Yes, if you're a student, young driver, or you've just recently passed your test and are quite new to driving, naming a more experienced driver could lower the cost of your insurance.

Something to watch out for when adding named drivers to your policy is that you don't end up fronting. A type of insurance fraud, fronting is where drivers try to save on their insurance by having a car insured in a more experienced driver's name – most likely a parent or guardian – with a young driver as a 'named driver'.

Fronting could void your policy and lead to a prosecution for driving without insurance, and possibly even a fraud charge. To avoid falling foul of fronting fraud make sure that the main driver named on the policy is the person who drives the car most. If it's not that clear-cut, it's best to get in touch with your insurer so they can advise you.

If someone will be driving your car for just a few days, you could suggest they take out temporary car insurance. This could be useful if you're lending your car to a friend or have a guest coming to stay who might borrow it. It'll save you adding them to your policy and paying admin fees.

Short term insurance can run from 1 to 28 days, though some can extend to up to 90 days. You can get a quote online, and coverage starts almost as soon as you make your payment.

If someone has to drive your car in a hurry – and you don't have time to add them to your policy or they don't have time to buy temporary insurance – they could still be insured to drive your car through driving other cars' insurance if they have a car insurance policy in their own name. Intended to be used in emergency situations, many comprehensive insurance policies will cover you for driving someone else's car, but it only provides 3rd party only cover.

This shouldn't be used regularly and some drivers – such as those under 25 or those with driving convictions – are likely to be excluded from having this level of cover.

Thinking of taking out a car insurance policy with us, or adding a named driver if you're already a customer? Get in touch today.