Make your glovebox your phone box

Only one in six still keep gloves in the glovebox

AA and Think! release stickers asking drivers to convert their glovebox to a 'phone box'

Perhaps surprisingly, one in six (17%)* British drivers still put gloves in their glovebox, according to a recent survey from the AA. This comes at a time when the AA and Think! are encouraging drivers to make the glovebox the phone box.

The AA-Populus Driver Poll of over 20,000 members found that: 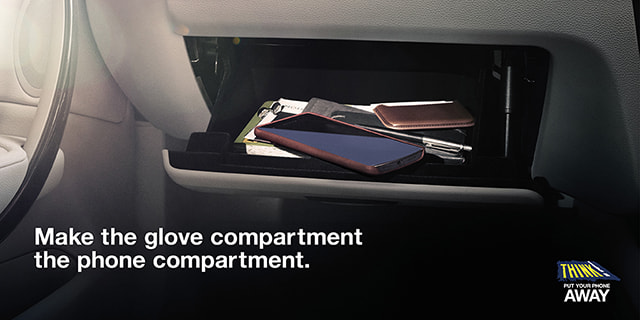 As one respondent remarked, the  glove box can hold 'all sorts of old rubbish' but the survey found that British drivers carry a very wide variety of useful items in their gloveboxes too, including torches, hi-viz jackets, emergency blankets, first aid kits, national trust handbooks, sunglasses, spare spectacles, change for parking, pens, pencils and notebooks.

The items most likely to be found in the Nation's gloveboxes are:

Because anything can happen

AA Members clearly like to be prepared for any eventuality. Among the more unusual items respondents admitted keeping in their gloveboxes were:

The survey comes in the week that the AA Trust and the Government’s Think! campaign on hand-held mobile phone use at the wheel is in full force following an increase in the penalty from 1 March.

Anyone now caught using a hand-held phone whilst driving faces a fine of £200 and six points on their licence. If the driver is within the first two years of passing their test, then their licence will be revoked.

Put the phone away

Currently only one in ten (10%) put their mobile phone in the glovebox. In an effort to increase this, the Department for Transports Think! campaign has created a sticker calling on drivers to use their glove compartment as a 'phone compartment'. The new sticker will be put on every AA Driving School and BSM vehicle so that new drivers get into the habit of putting their phones away when they get behind the wheel.

Commenting on the survey findings, Edmund King, AA president says “I’m amazed that people still put gloves in their glovebox as I thought driving gloves disappeared in the sixties.

“The glovebox can carry a multitude of items, but the one thing we want drivers to put away is their mobile phone.

“The new sticker is designed to get people thinking about cancelling out distractions. By putting the phone out of sight it will also be out of mind.

“When it comes to using your phone at the wheel the gloves are off – but there is plenty of room in the glovebox for your mobile.”

*Populus interviewed 20,033 drivers between 14th and 21st February 2017. Populus is a member of the British Polling council and abides by its rules