A two fifths drop in mobile phone prosecutions is the result of the increased fine and points, safety campaigns and the reduction in police officer numbers

The number of drivers issued with Fixed Penalty Notices (FPNs) for using a handheld mobile phone at the wheel has dropped by more than 40% since the penalties doubled, a Freedom of Information request by the AA has revealed.

Studies carried out by the AA suggest that the drop is a mix of:

The AA submitted the Freedom of Information request to all of the UK’s police forces, to compare the number of FPNs each issued per month for the offence before and after the change in penalty.

While the vast majority reported a fall in the number of FPNs issued, four forces cracked down on the crime, dishing out more penalties to distracted drivers in 2017 than the previous year.

The forces with the biggest year-on-year change:

Outside London, Thames Valley police saw the greatest reduction in the total number of drivers punished for using their phones from 8,248 in 2016 to 2,941 in 2017.

The busiest month for offences

November was the busiest month of 2016, seeing almost 12,000 drivers receive three points and a £100 fine for using their phones at the wheel.

But in 2017, there was a clear move to March becoming the busiest month of the year with many police forces across the country targeting distracted drivers.

As the new penalties came into effect, 22 police forces had their busiest month for the number of FPNs issued to drivers caught using their phones, with over 8,500 drivers issued with six points and a £200 fine.

By contrast, December was the quietest month of each year for penalties of this type as traffic police focussed their efforts on drink-drivers over the festive period.

Despite the ongoing enforcement, drivers are still reporting seeing others using a mobile phone behind the wheel:

A recent survey by the AA found that, despite the high profile change in penalties, a quarter (25%) of drivers still see other drivers using a hand-held mobile phone on most journeys.

In 2016, there were 478 recorded road casualties in Great Britain where a driver using a mobile phone was a contributory factor. The AA has been campaigning to make mobile phone use behind the wheel as socially unacceptable as drink-driving such as Designated Driver.

Drivers are starting to get the message

Edmund King, AA President, said: “As we mark the one-year anniversary of the introduction of tougher penalties for using a handheld mobile at the wheel, we are pleased to see that drivers are starting to get the message.

“Some of the change can be attributed to targeted awareness campaigns which, together with high profile cases of the serious and even deadly consequences of driver distraction, has begun to encourage drivers to think twice before picking up their phone.

“It will take time for a wholesale change in attitudes to really take effect. While some have got the message and changed their behaviour, many drivers still believe they won’t get caught.

“But this should be the least of their concerns. Six points and a £200 fine is nothing compared to the consequences of distracted driving – and the penalty for causing an accident would be a lot more severe.”

King continues “We do however have concerns about the reduction in traffic officers and fear this may have contribute to the fall in FPNs issued.

“The number of traffic officers has reduced by a third over the past decade. But in order to clamp down on this offence, we want to see more cops in cars enforcing the laws which exist to keep all of us safe on the road.” 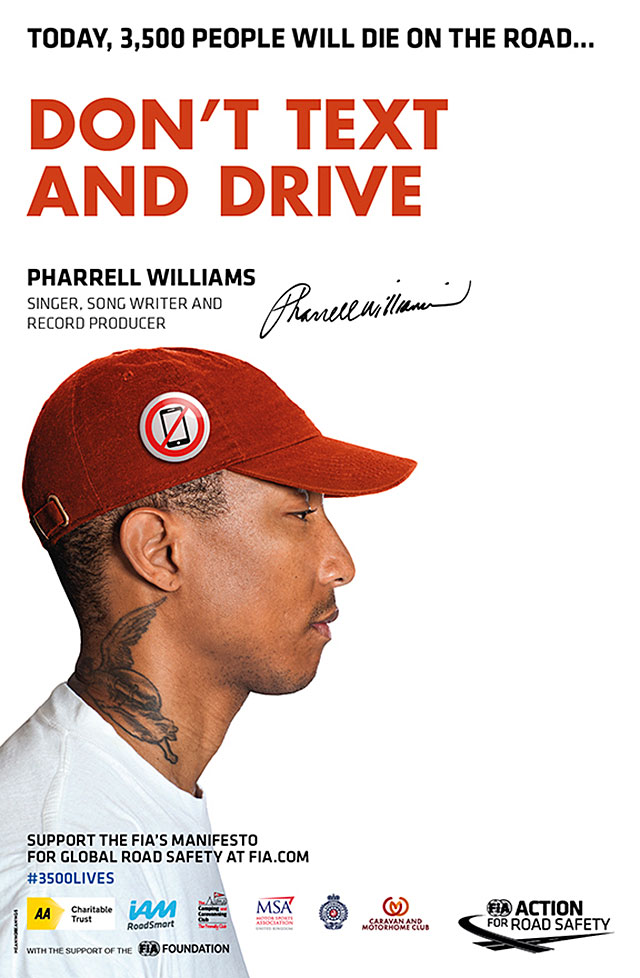 Examples of the AA’s campaign on using a hand-held mobile whilst driving:

Make it home for Christmas

Convert your glovebox to a 'phone box'

Should police be able to seize and retain mobile phones?