Texting at the wheel can ruin lives and Christmas

More than 400 million miles will be driven this Friday (22 December) as families travel home for Christmas, according to the AA Charitable Trust.

To ensure the 13 million drivers taking to the roads get home safely, the FIA Foundation and the AA Trust, together with M&C Saatchi, are launching a hard‐hitting anti‐text driving Christmas campaign.

Make it home for Christmas

The sobering video, directed and produced by Mad Ruffian, is set to the 1943 hit ‘I’ll be home for Christmas’ by Bing Crosby. It shows a young girl texting her father while he's driving home for Christmas. As the film continues it’s revealed he has been in an accident and has passed away. The film ends with a picture of the father and daughter at a roadside memorial along with the tagline 'Make it home for Christmas'.

Increasingly, driver distraction is a factor in car crashes

Saul Billingsley, FIA Foundation Executive Director, said: “Every day around the world 3,500 people don’t make it home to their families, because they’ve been killed in a car crash. Increasingly, driver distraction is a factor. So the FIA Foundation is pleased to support this hard-hitting, life-saving, message. Make it home this Christmas, don’t text and drive.”

Every day around the world 3,500 people don’t make it home to their families, because they’ve been killed in a car crash. Increasingly, driver distraction is a factor

Christmas should be a happy family time

Commenting, Edmund King OBE, Chairman of the AA Trust and AA President, said: “We know that Christmas should be a happy family time and we want to keep it that way. The ‘Make it home for Christmas’ message is hard‐hitting but so are the consequences of text driving.

“Having campaigned with Kate Goldsmith,  whose 11-year-old daughter was killed by a driver looking at his phone we have no qualms about putting across a strong message at Christmas. Drink drive campaigns are common at this time of year and yet you are twice as likely to crash text driving as drink driving. Neither texting nor drinking should be mixed with driving if you want to make it home for Christmas.” 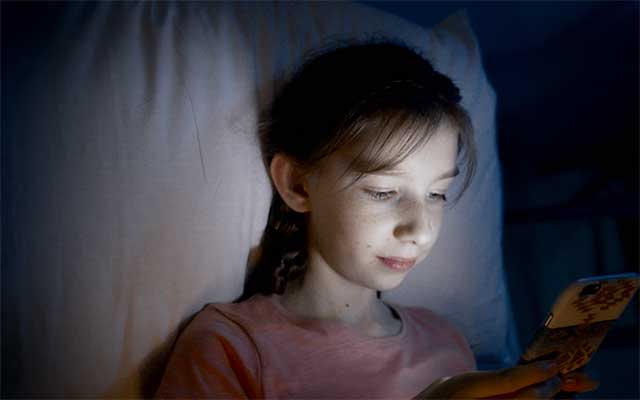 Wayne Robinson, M&C Saatchi, Creative Director, said: “This film can make a difference. It’s been six months in the making, but it really is a cause I, and everyone involved in making it feel passionate about. Too many lives are put at risk by the mundane task of texting at the wheel. We hope our film will encourage drivers to turn off their phones and stay safe.”

Kate Goldsmith, said; “This year will be the second Christmas without my daughter, Aimee. Every day since 10 August 2016 is painful for her family and friends but somehow at Christmas the sadness is more acute. If you choose to use your phone whilst driving, you are essentially demonstrating that Aimee’s death was acceptable. Ask yourself if it’s acceptable for another driver to injure or kill a member of your family. Don’t text and drive, make it home for Christmas.”

Ask yourself if it’s acceptable for another driver to injure or kill a member of your family. Don’t text and drive, make it home for Christmas

Half of millennials can’t bear to turn their phone off

According to Transport Research Laboratory (TRL) research**, reaction times are twice as long text driving as drink driving** but despite this there is still a prevalence of high profile court cases of drivers causing death and serious injuries due to texting, calling or searching for music on their mobile phones while driving.

Title/Project - Make it Home for Christmas

**Transport Research Laboratory (TRL) study “How dangerous is driving with a mobile phone? Benchmarking the impairment to alcohol” by P C Burns, A Parkes, S Burton, R K Smith (TRL Limited) and D Burch. The research found that the reaction time of texting drivers is 2.8 times more than those on the drink‐drive limit. For using a hand‐held phone, the reaction time is 3.5 times more than those at the drink‐drive limit.