How to remember where you parked

Most drivers (95%) would like a device which tracks and helps recover their car if it's stolen, according to an AA-Populus driver poll of more than 17,000*, while more than a third (38%) want a feature that helps them remember where they parked.

This survey result comes as several drivers report being reunited with their lost and stolen cars due to new connected car technology from the AA. 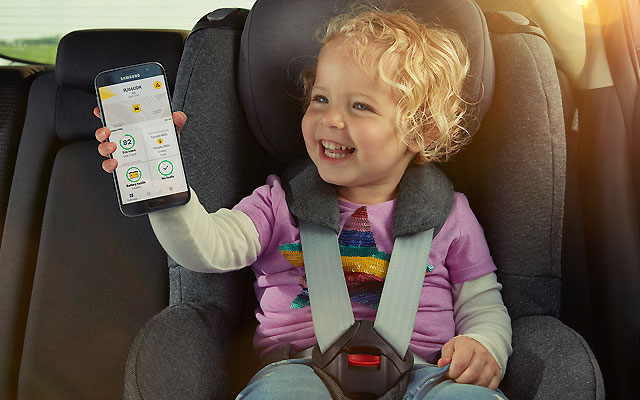 Car Genie also monitors vehicle health such as battery condition, electrics, ignition, fuel systems and more. A push notification alerts the user to potential problems and the AA then contacts the member with advice or to arrange an appointment to fix it, helping drivers to avoid the hassle, stress and potential hazards of a breakdown. Car Genie could stop one million breakdowns every year.

I can get help in an accident

In the case of a collision, the system detects the impact and triggers a call from the AA to offer help, granting the third wish – ‘I can get immediate help and advice if I’m in an accident’.

It has even been used to disprove a false claim that a driver was involved in an accident, by proving that the vehicle was nowhere near the accident location on the date in question.

How am I driving?

More than half (53%) of drivers said they want feedback on how they are driving, including whether and where they have exceeded the speed limit. A similar number (54%) say they would like to be able to see a visual track of every trip, including mileage and journey time.

The small self-install device plugs into the car’s on-board diagnostic (OBDII) socket and presents real-time information via a smartphone app, to help drivers understand what is going on under the bonnet and calculate an eco-score based on factors such as speed, acceleration, braking and cornering.

Alan Ferguson, head of AA connected car technology, said: “Around a third of breakdowns we go to could have been stopped if the problem was spotted earlier – that’s a million preventable breakdowns every year.

Anything can happen and not everyone can know the warning signs, so we’ve developed Car Genie to give our members the assurance that the AA is with them wherever they go

“Anything can happen and not everyone can know the warning signs, so we’ve developed Car Genie to give our members the assurance that the AA is with them wherever they go.

“We’ve had all sorts of feedback about how our connected technology is helping members with their everyday driving. Whether it’s keeping an eye on your pride and joy while you’re away, being sure that any problems have been fully repaired by the garage, providing evidence of your business mileage, remembering where you parked or even proving who's the best driver, it’s fascinating to hear about the many different ways Car Genie is being used.”

* Populus received 17,417 responses from AA members to its online poll between 16 and 18 May 2017. Populus is a member of the British Polling Council and abides by its rules.