How to tow a caravan

Here's how to safely tow a caravan or trailer 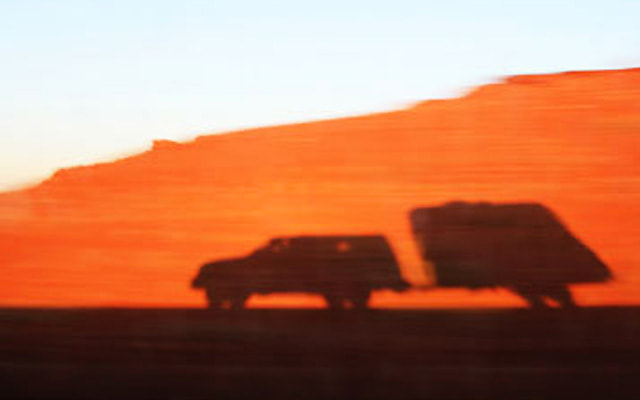 To find out what your loaded caravan weighs:

Unless you're very experienced and confident, experts recommend that the weight of the loaded caravan shouldn’t be more than 85% of your car's Kerb Weight.

With so much space available it's all too easy to overload – try to keep the caravan as light as possible with the heavier items low down and close to the axle.

Your licence shows the vehicle categories you can drive, including the size of caravan or trailer that you're allowed to tow. The rules changed in 1997.

You’ll most likely be entitled to drive a vehicle and trailer up to a combined Maximum Authorised Mass (MAM) of 8.25 tonnes.

Unless you’ve taken an additional driving test – the 'B+E' car and trailer test – you may only drive a ‘category B’ vehicle coupled with:

Category B means a vehicle up to 3500kg MAM with up to 8 passenger seats in addition to the driver's seat.

The car and trailer (B+E) test

You book the car and trailer test in the same way as the standard practical test but will take it at an LGV test centre rather than a normal driving test centre.

You’ll take the test in an un-laden category B vehicle towing a suitably braked, un-laden trailer of at least one tonne MAM.

More about the car and trailer test (Direct.gov)

Get peace of mind if you break down

Tow brackets have to be tested to British or European standards and must use mounting points recommended by the vehicle manufacturer.

Some vehicles aren’t rated for towing by the vehicle manufacturer:

If your trailer is un-braked, the maximum you may tow (combined weight of trailer and load) is 750 kg or half the kerbside weight of the towing vehicle, whichever is the lower.

Before 2010, UK rules were different to the rest of Europe – the maximum width allowed here was 2.3m compared to 2.55m across the channel.

In April 2010 the UK fell in line with the rest of Europe and you’re now allowed to tow a trailer or caravan up to 2.55m wide behind a car or goods vehicle weighing less than 3500kg.

Towing on an A-frame

You can only use an A-frame or recovery dolly legally to recover a vehicle which has broken down.

If you tow a car that hasn't broken down using an A-frame or dolly, then the law treats the combination as a trailer which must meet the appropriate braking and lighting rules.

The simplest and safest way to tow a car behind a motorhome is to use a car transporter trailer. This can be done completely legally as long as you don't exceed the towing car's Maximum Permissible Towing Mass and Gross Train Weight.

If you're planning on taking an awning with you on your trip, read our guide to caravan awnings. Plus, take a look at our article on caravan leisure batteries.

The actual laden weight of the Caravan must be less than its Maximum Technically Permitted Laden Mass (MTPLM), the new term for gross weight shown on the caravan 'weight plate'.

Mass in Running Order (MRO) is the un-laden weight of the standard specification caravan as it leaves the factory. From 2011 this includes some items that used to be part of the 'user payload' – gas bottles, water in toilet/heating systems, hook-up and battery.