Seatbelts have only been fitted as standard in the front of new cars since 1967 and it wasn't until 1983 that you had to wear them.

These days we take seatbelts and airbags for granted while new cars increasingly feature clever electronic systems to help prevent accidents in the first place. Some of these driver assistance systems are the building blocks of the fully automated, driverless car. 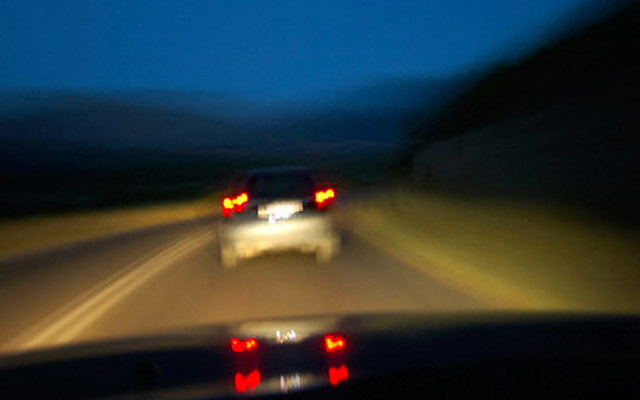 Systems using radar or cameras to warn you if there's another vehicle in your blind spot, as you start to change lanes, are set to become commonplace.

The rumble strip on a motorway creates an audible rumble and a vibration through your steering wheel to warn you if you drift towards the hard shoulder.

Many cars now have forward-looking cameras to read the road markings and work out your position:

These alcohol-activated immobilisers require you to prove you are under the legal limit for driving, before the car will start. Early systems are integrated with the vehicle's immobiliser.

You need to provide a breath alcohol sample below the limit before you can start the car. Future systems might be able to measure blood alcohol through sensors in the steering wheel.

Radar and forward-looking cameras mounted behind the rear view mirror or front grill can detect other vehicles, obstacles and pedestrians.

Depending on the system you might get a warning of a possible collision first, followed by automatic pre-crash braking to reduce the severity of impact if the car decides a crash is inevitable.

At lower speeds, in an urban environment for example, cars might brake automatically to a complete standstill and prevent the crash.

Infrared sensors can 'see' further than the car's headlights and give you advanced warning of pedestrians or animals in the road. Warm bodies show up white against a cold dark background in an image displayed on the sat nav screen, or in a 'head-up' display in front of the driver.

Ultrasonic parking sensors and rear-facing cameras are both quite common already.

Side-view cameras, mounted in the front bumper or wing, give you a clear view up and down the road as you edge out of a junction, even if your own line of sight’s obscured.

Electronic Stability Control allows the car to take action and brake individual wheels when it senses the start of a skid.

When you get tired, the way you drive changes.

Basic cruise control systems keep your car moving at a set, constant speed until you brake, accelerate or change gear.

As far as the system’s concerned you're on an empty road so if someone cuts in front of you or you come up behind slower traffic you have to change lanes or override the cruise control and brake yourself.

In the 1960s one French car maker connected the headlights to the steering so that the lights would turn to point in the direction the car was turning. The idea didn't really catch on.

When Xenon HID headlights came in, regulations required that they were fitted with automatic self-levelling to stop other drivers being dazzled.

Car makers are now developing adaptive headlight systems that move and adjust to the driving conditions:

Cameras can recognise and 'read' speed limit signs to give you extra information about local speed limits to complement the built-in sat nav.

In the future cameras might be able to read other signs as well.

At its most basic, an ISA equipped car will 'know' the speed limit anywhere be able to tell you what it is.

At the other end of the scale, Intelligent Speed Adaptation can actively prevent you exceeding the local speed limit.