What makes an insurer decide to scrap a car

If you find yourself involved in an accident, the amount of damage to the car will determine if it can be repaired or if it is written off.

Car insurance companies have strict rules when assessing a car's damage after a crash. A vehicle assessor from your insurer will calculate the cost of repairs and make this decision. 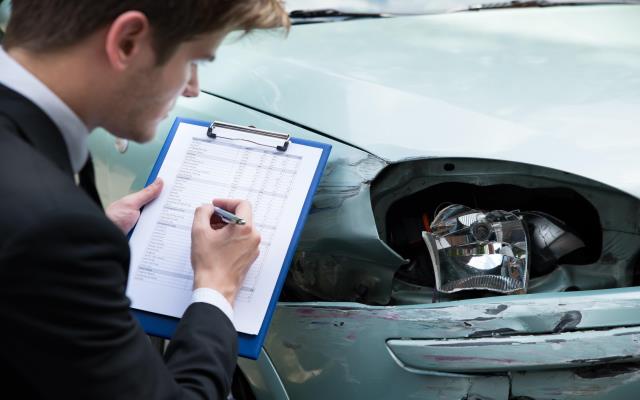 How does an insurer decide a category after a car is damaged?

An insurer's responsibility is to return the car to the condition it was in before an accident, though this can be costly. Depending on the damage and car type, it might involve a trip to a more specialist garage or buying expensive parts.

A new version of the ABI Salvage Code of Practice came into effect from 1 October 2017. This still defines 4 categories of salvage but they're described and defined differently.

So, if your car is written off by your insurance company, the level of damage is divided into four clear categories. Firstly, Categories A and B, where the vehicle is beyond repair and must never return to the road.

Secondly, Categories C and D (S and N), for those that can be repaired, but where the cost of doing so might be more than the car is worth. How insurers make these decisions and what happens next can raise a lot of questions.

How to deal with a damaged car

How do insurers decide that your car is a 'write-off'?

Your insurer will 'write off' your car if the damage is so severe that it can't be repaired, or if the cost of repairing it is uneconomical. They won't just calculate whether the cost of repair exceeds the car's market value (the price it is likely to fetch if sold). The insurer also needs to take into account things like providing a courtesy car, and administration costs – for instance sending an inspection engineer.

Generally, any repairs that exceed around half to two-thirds of the value of the vehicle may lead the insurer to consider the car not worth repairing and therefore a write-off. Ultimately, an insurer will not repair a car if it is unsafe or uneconomical to do so.

Can I keep the wrecked car and have it repaired?

If it's a Category A or B write-off, then no, you can't keep your car to be repaired. The ABI Salvage Code states that these cars should be crushed. Parts from Cat B cars that are considered safe can be sold.

If it's a Category S or N (C or D) then yes, you should be able to keep it, although the repair costs may be more than the car's value. These cars may also be sold on for repair after your insurer compensates you. You will need to discuss this with your insurer.

Does my insurance company report the status of my car to the DVLA?

It's up to the registered owner of the car to tell the DVLA when a written-off vehicle is passed to an insurer.

The car owner may allow the insurer to act as their representative when telling the DVLA about a car's condition. In this case, the insurer must tell the DVLA using the appropriate section of the car's V5C logbook. If this isn't completed by an insurer, the registered owner will still be legally responsible for the vehicle.

What happens if my vehicle is stolen, but comes back a write-off?

While vehicle security is improving all the time, tens of thousands of cars are still stolen in the UK every year. Around half are recovered by police, but cars don't always return to their owners in tip-top shape.

Recovered stolen vehicles which are written-off will also be categorised as A, B, C or D (S or N).

If the recovered vehicle is undamaged or has minor damage, the Motor Insurance Anti Fraud and Theft Register (MIAFTR) must be alerted, so they can mark the vehicle as recovered.

Insurance for Category C and D (S and N) cars

Can I get insurance for Cat C (S) cars?

Yes, some companies will insure a Cat C car. They will almost certainly ask for the car to undergo a new MOT test, and may ask for an engineer's report for the car in question.

It's possible to insure a Cat D car. Similarly to Cat C, the insurer may require a new MOT and engineer's report.

What happens to a Cat C (S) insurance write-off?

Once the insurance claim has been paid to the owner, Cat C vehicles can be sold on for repair or are often sold at auctions to garages and car traders by an insurer. This way, the insurer gets back some of the cost.

Cat C cars can be made as safe as a new car and driven again. If you're considering buying a Cat C car, it may be worth having an independent inspector check the repairs to see if it's been done to the correct standard.

What happens to a Cat D (N) insurance write-off?

Like Cat C write-offs, Cat D vehicles can also be repaired or sold on by an insurer after the claim has been paid to the owner.

As Cat D cars are lightly damaged, there are businesses and garages that specialise in repairing them back to a roadworthy condition to sell on.

When properly repaired, Cat C cars should be just as safe and legal to drive as a new car. If you're thinking of buying a Cat C car but are unsure about its condition, have an independent inspector check it.

Cat D cars are written-off because they are uneconomical to fix, meaning the extent of their damage may be relatively minor. For instance, an insurer may decide it costs too much to replace a feature-packed door mirror if it belonged to an older, low value car.

So despite the fact that the vehicle's safety wasn't compromised, it becomes a Cat D write-off for purely economic reasons. However, this can make it straightforward to restore the car to a safe, working condition.

If you think that a Cat D car is not up to roadworthy status, you can hire an independent inspector to check it.

Are Cat C and D (S and N) cars cheaper in general?

Yes, Cat C and D cars are usually available at a lower price because of their damage history.

Do Cat C and D (S and N) cars have higher insurance premiums?

Can I check if a second-hand car has ever been damaged to a Cat C or Cat D (S and N) level?

Yes, you can, and it's always good to be aware of all the facts about a vehicle before buying. Professional car vendors and traders must state whether a car has been previously written-off. However, not all private sellers will tell you.

If they don't, you have the option of getting a comprehensive AA car check on a vehicle you're thinking of buying from a private seller. All that's needed is a valid registration number and you can check if a car has been written-off, reported as stolen or has an incorrect mileage.