With National Ferry Fortnight (6-20 May) underway, the AA has revealed the top ten destinations chosen by drivers who take their car across the channel, based on route downloads from the AA Route Planner.

Perhaps unsurprisingly, more than three-quarters (77%) of European routes planned are either to or through France and almost half (48%) are to a French destination.

The AA is expecting families to download even more destinations as the industry body for UK ferry operators, Discover Ferries, encourages families and friends to ‘Ferry Together’ and enjoy each other’s company during National Ferry Fortnight. 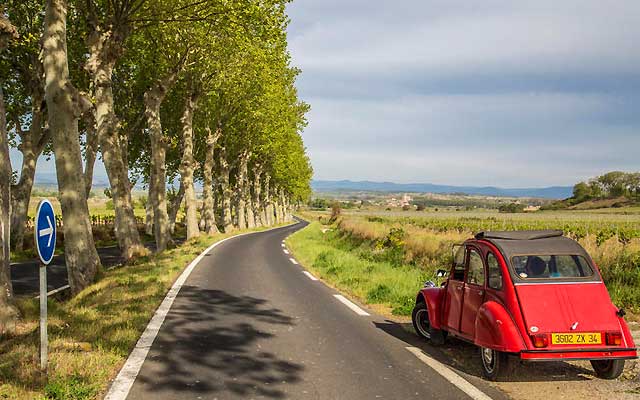 Every month, more than 20 million routes are downloaded and they can now be accessed via Alexa on Amazon Echo.

Around 12 million AA routes every year are to destinations outside the UK.

More than four out of 10 European routes downloaded (41%) start at a ferry port, nearly a quarter (23%) from Calais, rather than from a UK start point. This suggests that families taking a European road trip choose their sea crossing first.

Separate research for the AA confirms that half (47%)* of families taking their car into mainland Europe consider the ferry to be ‘a part of the holiday’ rather than just a means of reaching their destination.

In terms of destination, five of the most popular routes are in France, the top three being Paris, Disneyland Paris and La Rochelle.

Rosie Sanderson of the AA’s international motoring team says: “Sales of AA European Breakdown Cover suggests that many families will take advantage of pre-Brexit freedoms by taking a trip along the highways and byways of Europe.

“And, with National Ferry Fortnight taking place two months later this year, it taps right in to the time when people are thinking about the summer holidays.”

It's important to stick to traffic laws as you could be marched off to a cash machine to pay an on-the-spot fine while under new legislation, speeding and other offences will follow you home

AA findings** suggests that a quarter of British drivers (25%) strongly agree that they are unfamiliar with the traffic laws in Europe, but Rosie Sanderson suggests that once used to driving ‘on the wrong side of the road’, driving in Europe can be a real pleasure.

“The majority of road signs will be familiar and speed limits when converted are close to familiar UK limits.

“While it’s easy to point out potential pitfalls of driving in Europe they will soon be dispelled by the generally well maintained and much less congested roads than in the UK. That on its own is a good reason to take a continental road trip. And there are plenty of opportunities to discover new places along your route so it’s worth allowing plenty of time for your journey.

“But it is important to stick to traffic laws as you could be marched off to a cash machine to pay an on-the-spot fine while under new legislation, speeding and other offences will follow you home.”

Bill Gibbons, director of Discover Ferries added: “The AA’s research suggesting that a ferry crossing is regarded by half of families as ‘part of the holiday’ perfectly fits our ‘Ferry Together’ theme. Ferry crossings offer a chance to enjoy one another’s company – what better way to start your European road trip?” 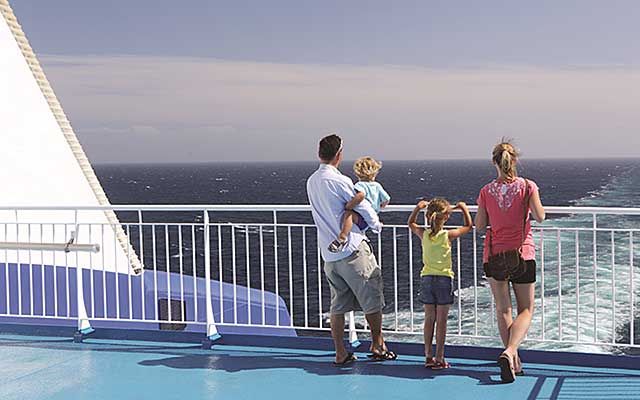 1.Book ferries during Ferry Fortnight (6-20 May) to get the best travel discounts - @discoverferries on Twitter

2.Heading for Paris, Lyon or Grenoble? These cities operate clean air zones, so order a CRIT’Air clean air sticker to avoid fines within restricted areas. These can take up to 30 days to arrive, so plan ahead

3.Check that your UK comprehensive car insurance travels with you – not all insurers automatically extend cover into Europe. However, under EU law your insurer must cover you for the minimum cover required by law in the countries you travel through – usually Third Party, so if your car is insured, you are legal to travel

4.Ensure you have travel insurance in place – as well as the free EHIC (which gives you reciprocal health care in your destination country)

6.Check the AA’s Touring Tips for the countries you will be travelling through for local laws and driving quirks – such as not passing trams in Vienna, checking restrictions which can depend on whether it’s an odd or even day in Italy, reduced speed limits when it’s raining in France

7.Take the travel kit that’s legally required in the countries you visit – for example warning triangle and high-visibility jackets to be carried in the car

8.Before going, get your car checked over to make sure it’s fit for a long journey, paying particular attention to the tyres

9.Don’t forget your tickets and passports!

10.Keep water and refreshments in the car, especially if the weather is hot

The AA is an associate member of Discover Ferries, which is the industry body for UK ferry operators and organises National Ferry Fortnight (6-20 May 2017)

** Populus research among 17,979 AA members during January 2017. Populus is a founder member of the British Polling Council and abides by its rules

Driving in Europe? No worries.

We give you access to over 40,000 trusted garage agents in 44 countries across the Continent – so all you have to do is relax.