The AA is issuing emergency advice to its customers in the midst of a severe weather warning as the next named storm of 2017, Doris, approaches the UK.

The AA is warning drivers to be prepared for travel disruption and has also written to its home insurance customers in the post code areas most likely to be affected by the storm, which is expected to hit central areas of the UK on Thursday (23 February), dubbed ‘Doris day’. 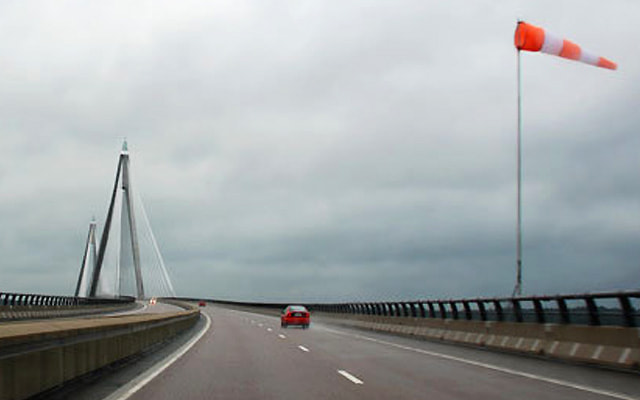 John Snowling, AA Patrol of the Year, says: “The unpleasant combination of torrential rain, severe gales and heavy snow will create some very poor driving conditions, with the potential for roads to be affected by standing water, debris and icy patches.

“Strong or sudden gusts of wind are more likely on open stretches of road, when passing bridges or gaps in hedges, or when overtaking high-sided vehicles. Wind can also bring down tree branches, blow you off course or blow other vehicles into your path.

Strong or sudden gusts of wind are more likely on open stretches of road, when passing bridges or gaps in hedges, or when overtaking high-sided vehicles

“Be prepared for travel disruption and plan your journey ahead of time as some roads will be treacherous. Listen out for warnings of traffic hold-ups or check the AA App for potential delays and avoid unnecessary travel in severe stormy weather.”

Batten down the hatches

Michael Lloyd, the AA’s director of insurance, also commented: “Severe weather always brings a rash of claims for damage to homes – some of which are unavoidable, but others are entirely preventable.

“For instance, past storm claims have included equipment in gardens that take to the air and cause damage to other properties.

“We’re inviting customers to check around their homes and secure loose items, or put them away somewhere safe such as a garage or secure shed.

“We don’t yet know the full force of meteorological anger that could be unleashed by Doris but high winds and heavy rain with potential for flash flooding are likely, so whether you’re battening down the hatches or braving the storm, be prepared for the worst and hope for the best.”

The day after tomorrow

The strength of winds and intensity of snow will be the greatest cause for concern on Thursday, but Friday morning is also set to bring some poor driving conditions, particularly in Northern parts of the UK where sub-zero temperatures will bring further ice and wintry showers.

Snowling added: “There is a danger that snow which melts on Thursday could freeze again overnight, meaning commuters wake up to frozen cars and icy roads.

There is a danger that snow which melts on Thursday could freeze again overnight, meaning commuters wake up to frozen cars and icy roads

“Allow plenty of extra time to properly de-ice your car before you leave and take it steady – black ice can form in shaded areas so keep your speed down and leave extra room behind the car in front.”

Lloyd added: “Opportunist thieves welcome the icy conditions as they know there will be cars on drives, with the keys in and gently warming up – all the thief has to do is jump in and drive off. Never leave your car ticking over unattended because if it goes, insurers are unlikely to pay out.”