£1-coin parking traps allow councils to coin in the fines

More than one in five UK councils has yet to convert all their parking ticket machines to accept the new £1 coin, a Freedom of Information (FOI) request for the AA has discovered. With the summer holiday season underway this week, a trip out could turn into an ordeal before tourists have even left the car park.

Parents planning a holiday in Devon, Wales, Scotland, Oxfordshire and other areas of rural beauty risk not being able to pay for parking and running the gauntlet of a fine.

Likewise, a day-trip to some of the UK’s major cities may leave visitors struggling to pay for parking and at the mercy of local authority enforcement.

As of July, responses to an FOI request found that 74 of 340 councils (21.8%) with responsibility for car parks with coin-operated ticket machines still hadn’t converted all their machines to accept the new £1 coin.

Even by next month, in the middle of the holiday period, 46 councils (13.5%) will still make it difficult for visitors to pay to park in many places. 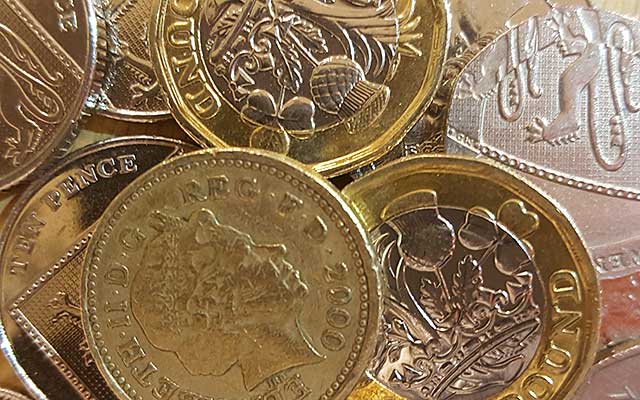 As an alternative, some local authorities are suggesting that visitors set up payment with the council’s mobile phone cashless payment systems. Sometimes these are as fraught and as likely to land drivers with a parking fine as not having the right change:

“ I parked in Newton Abbot on Monday and assumed I could use the Ringgo app, but obviously had to re-register for the new service. Tried and failed to register by phone so went to get cash. Had a parking ticket by the time I got back to my car! Civil Enforcement Officer was very understanding, and included photos of the ticket I had bought with cash and phone evidence I had tried to register. I hope my challenge will be accepted under the circumstances.”

Other councils have taken the opportunity of the £1-coin conversion to introduce new ticket machines that require drivers to enter their vehicle’s registration number. These are the bane of the elderly, people in a hurry, drivers with a new or rented car who have yet to memorise their number plate, people who may have left their reading glasses in the car and others. All run the risk of a Penalty Charge Notice for making a mistake rather than trying to dodge payment.

“Problems with converting parking ticket machines to accept the new £1 coin are not the drivers’ fault. If councils are having difficulties because their contractors are under pressure, or because replacement machines, parts, or software have yet to be delivered, the driver shouldn’t be blamed,” says Edmund King, the AA’s president.

One thing is for sure, if a visitor’s enduring memory of a trip to a seaside, rural or city holiday destination is a parking ticket they didn’t deserve, they won’t be back. And, chances are, their friends will also learn to steer clear of the place

“If the machines are unfit for purpose because they can’t take the legal tender for a parking charge at £1.60 or £3.60, that’s the councils’ problem. Either make the car parks free to use until the machines are converted or provide some kind of online means to pay the charge within a reasonable time – without having to waste time and often pay extra to sign up to cashless parking system that a holidaymaker may never use again.”

“One thing is for sure, if a visitor’s enduring memory of a trip to a seaside, rural or city holiday destination is a parking ticket they didn’t deserve, they won’t be back. And, chances are, their friends will also learn to steer clear of the place.

King adds: “Once again, drivers trying to park legitimately are getting caught out. The Newton Abbot example is typical of the ‘fine first, accept mistakes later’ approach of parking enforcement – even when it is glaringly obvious at the time and in front of the parking enforcement officer that a fine should never have been issued.

“Instead, drivers are forced to go through unnecessary, costly and time-consuming appeals – councils and parking operators hoping that the drivers won’t bother and they get the fine revenue. In effect some operators are just coining it in.”