How to choose a home alarm system

Everyone wants to protect the things they love and value, so it's perfectly normal to worry about your home when you're not there, especially if it's for a long period of time.

But if you don't currently have a home alarm installed, you might be missing out on some easily added protection, and you could also be saving money on your insurance premiums. 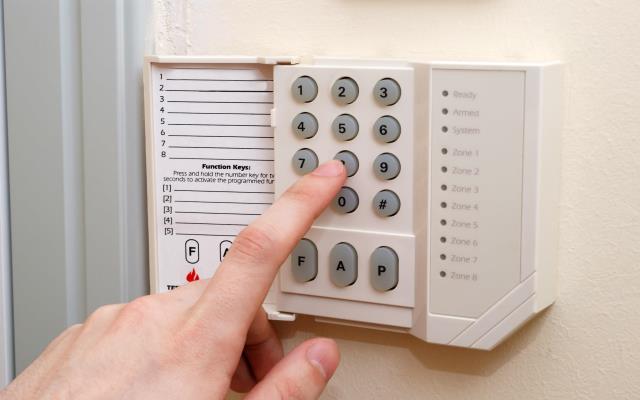 Homes with no security measures in place are five times more likely to be burgled than those with simple security measures. The correct door locks together with a burglar alarm, can increase your home's protection against intruders.

Choosing an installer is as important as deciding which alarm to buy. A badly fitted home alarm can leave you with an expensive and useless bit of kit, and a false sense of security.

Getting a certified professional to install your device not only gives your home the protection it deserves, it can help validate any insurance claims you make in the future.

Home alarms have also been known to reduce home insurance premiums if your insurer is satisfied with your level of security.

On the other hand, an incorrectly installed burglar alarm system, or one that wasn't switched on could affect your standing with your insurer. Your cover could be ruled null and void in such a case, or lower the amount paid out if you were burgled. Your insurer might argue that not using the alarm means you haven't stuck to the terms of your policy.

Be sure to check with your insurance company as some policies will specify a minimum requirement on the grade of alarm they'd expect you to have.

On top of that, many alarm companies will carry out a risk assessment on your property, advisably in conjunction with your insurer, to determine what type of security alarm would work best for you.

What's the difference between wired and wireless house alarms?

While they're both pretty self-explanatory, there are some differences you should know about before buying a house alarm.

As the name suggests, they're alarms that when triggered, make a noise to alert you to a break-in and to scare away the burglar. They're also known as audible-only or just audible alarms.

While they can be effective in doing both, if you're not at home however, the alarm may fall on deaf ears. With this in mind, it's suggested that you get a monitored alarm.

Should I install a home monitoring system?

When your home alarm goes off, you'll want the right action to be taken straightaway. There are 3 main ways to get your security alarm monitored. A police, keyholder contract or a speech dialler monitored alarm.

What are police monitored alarms?

These alarms work by telling the police when your alarm is set off. Your home security company needs to be registered with them and will make the call out for you in the event of a burglary.

To prevent false alarms and household pets tripping the alarm, this type of alarm will have at least two (sometimes more) indicators that will need to be triggered before the alarm company or receiving centre takes action.

This is in place to prevent your security contract being cancelled. If your house has 3 false alarms in a 12 month period, your contract could be ended.

It's a bit like giving a set of keys to a trusted friend in the event of an emergency. In this case, instead of giving them to a friend, they go to an Alarm Receiving Centre (ARC). This is a separate organisation that works together with your alarm company. They will get notifications if there is an intruder at your home.

They'll either come out to your property themselves, contact emergency services or get in touch with your designated keyholders, such as a neighbour or relative, who can then check on your property.

This system is connected to your alarm and will call or text your list of contacts when your alarm is set off. A speech dialler (or text alert) also has the ability to leave automated voice messages so you can pick up your message if you're in a meeting and have left your phone at your desk.

What to do if your house is burgled?

Your first point of call should be the police, to report the crime and to get a crime reference number. Then call your insurer.

Meanwhile, you can safeguard the belongings in your home against the unexpected with our contents insurance, which includes up to £750 cover for money stolen from your property.