Tips for driving in europe

17 things to surprise you about driving in Europe

Learn how to navigate Europe's crazy long tunnels, quirky traffic rules and drive safely on the right-hand side

Driving in Europe doesn't just mean driving on the right. There are lots of things about driving on the Continent that are different to driving at home.

Here's our top tips to make the most of driving through France, Spain, Germany and other countries in Europe. 1. Watch out for French speed limits

Speed limits in France can be confusing, as they change according to the weather, your vehicle and the type of road you’re on. For instance, the speed limit on a toll motorway in dry weather is 80mph, but when wet this reduces to 68mph. Make sure you're clear on the rules.


2. Top up before you come home

Fuel’s often much cheaper on the Continent, so fill up on your way home.


3. Parking in Spain can be strange

In Spain, on some one-way streets, vehicles must be parked on the side of the road where houses bear odd numbers on odd days of the month, and on the side of even numbers on even days. Brush up on the parking rules for wherever you're heading to avoid a fine.

The main causes of breakdowns in Europe? The same as those in the UK... typically flat batteries, lost keys, damaged tyres and wheels, and fuel problems (petrol in the diesel tank and vice versa). You can cut your chance of breaking down abroad with some 'FLOWER power' (a few simple checks you can do before you leave home).


5. Look out for long tunnels

Road tunnels can be surprisingly long in Europe and as a result, even experienced drivers can find them a bit strange and unsettling.

The longest in Norway is about 15 miles long – whereas the longest in the UK – the Queensway near Liverpool – is just 2.13 miles. As you enter a tunnel, remember sunglasses off, lights on. Keep your distance, listen to local traffic radio, and look out for phones and emergency exits.

Learn more about driving in tunnels in Europe.

No-one wants to collect traffic or parking fines abroad, so it helps to know the rules. In many historical centres and major towns in Europe, traffic's restricted from entering areas known as ‘Zona a Traffico Limitato’ or ZTLs. So if you see that on a sign, don't enter. Only residents can enter and if you keep going you can expect a fine in the post. 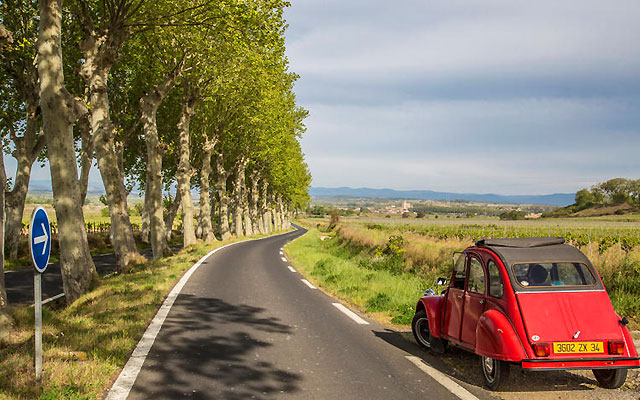 Driving on the right’s a mental adjustment, but it's easy enough once you get the hang of it. Remember:

While you're getting used to driving on the right-hand side, take extra care, stop for plenty of breaks and have an alert passenger with you. That way you wouldn't be the only person worried about lapsing into 'left hand-side autopilot' at roundabouts, junctions and leaving a petrol station

8. Prepare to pay for toll roads

There are around 40 toll roads in Spain, and around 90 in France – so take plenty of coins to the Continent. Consider buying the French Liber-t automatic toll payment tag before you go, to skip the queues.


9. Switch off speeding detection in France

You have to switch off speed-camera detecting devices when driving in France on all your navigation services. Whether that's in-car, co-pilot on your phone/tablet, or your sat nav.

There are around 32,000 roundabouts in France (compared to around 25,000 in the UK) and tackling them from the other side of the road can take some getting used to. It used to be the case on many in France, that drivers already on the roundabout had to give way to those entering it from the right. Thankfully, cars already driving round the roundabout now usually have right of way. Just remember that traffic flows anti-clockwise.

Eating and drinking while driving is prohibited in Cyprus and there’s a fine for non-compliance.

Head to France for a break from our endless traffic jams. Outside of big cities and the major autoroutes (motorways), the roads are much quieter and driving’s much more pleasurable than in the UK. 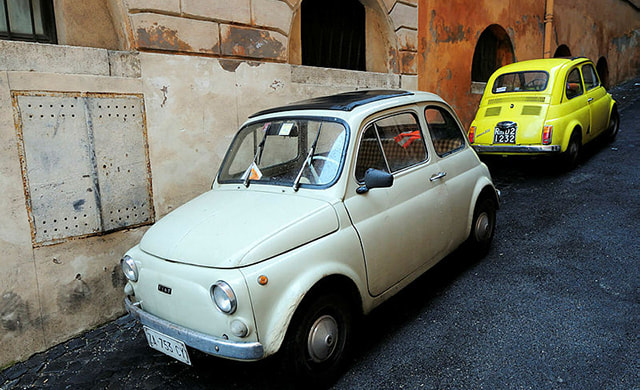 In France, drivers and riders mustn’t use headphones and headsets.

Using your horn is generally prohibited in Vienna and in the vicinity of Austrian hospitals.

You should carry a breathalyser when driving in France.

Find out what should be in your European car kit.


16. Bear in mind bikes in Portugal

In Portugal, it’s illegal to carry bicycles on the back of a car.


17. Keep up appearances in Eastern Europe

Driving to Belarus, Romania, Russia? First of all, wow – that's impressive. But secondly, remember to budget for a car wash or two along the way. Driving a dirty car in these countries could land you in some seriously hot water.