How to beat the beast from the East

Plan for road and rail disruption this week

Met office weather warnings of sub-zero temperatures and snow suggest travel will be a misery from Monday morning, especially for eastern and northern counties of the UK.  The severe weather is expected to spread to most parts later in the week.  Both road and rail are likely to be disrupted, making travel difficult.

The AA is mobilising extra resources for an expected increase in demand from members for help over the coming week.  We're also warning drivers to take extra care and to follow the advice of the emergency services, especially if asked not to attempt to drive unless it’s really necessary to do so. 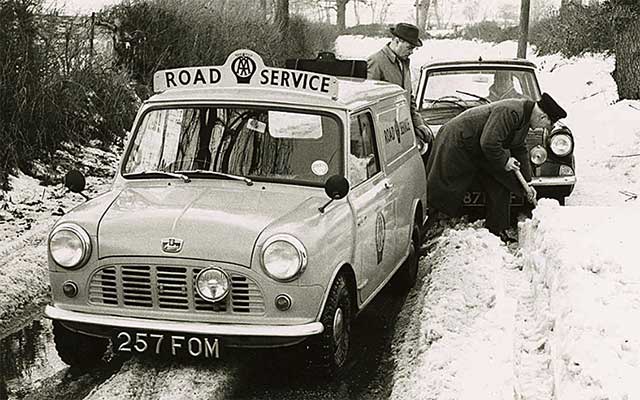 Vince Crane, AA Patrol of the Year, says: “A well maintained car should cope well with the cold but sub-zero temperatures always bring a big increase in the number of cars that won’t start, thanks to tired batteries.

“Electrical and tyre problems are the top two reasons for Members to call for help – and harsh winter weather makes such problems even more likely.”

The AA is well used to helping Members caught by severe weather and the forecast snow and sub-zero temperatures are likely to be the most prolonged for some years.

“The biggest problem is often an accident that holds traffic up and, if it’s snowing hard that makes dealing with breakdowns difficult – because AA Patrols are likely to be caught in the same hold-ups.  I strongly urge drivers to be well prepared in case they are stuck for any length of time,” Vince Crane adds.

Coping with the cold

A fully prepared and tested plan

In severe weather, the AA mobilises additional patrols and call centre staff to assist Members who get caught out in the cold.  The fleet includes 4x4 vehicles to help members stuck in snow.

Says Vince: “Our 3,000-strong patrol force is well prepared for severe weather. We have a fully prepared and tested plan with the flexibility to provide help where it is most needed.

“But, at peak times it could take longer than usual us to reach you – if the roads are jammed because of snow and ice, then AA patrols trying to reach you will be stuck too.”